Urban Photography: A Matter of Perspective 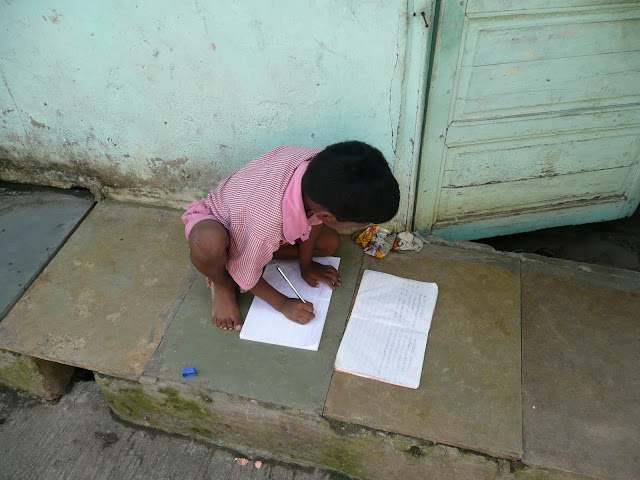 When I was working in informal settlements in Mumbai a couple years ago, I remember hearing that carloads of tourists were driving to a spot on the outskirts of Dharavi, a huge township in the center of the city, and taking pictures without getting out of the car. "Drive-by shooting" took on a whole new meaning.

My gut reaction was to be appalled at the blatant voyeurism. But then I thought: Were these tourists perhaps more conscientious than the majority, who did their best to ignore the less-than-glamorous sides of the city? If they had overcome their fear or laziness and gone into Dharavi's lanes to take pictures, like participants in the controversial "reality tours" there, would they be any less voyeuristic? For that matter, what was the difference between them and the students, professionals, and philanthropists that snapped up pictures during the visits I regularly led in Dharavi? And what about me? I took photos mostly as part of documentation work for an NGO, but had done my fair share of capturing crumbling houses and shoeless children.

I don't buy arguments that photographing in places like slums is always exploitative — a "fetishization of poverty." If we never photographed people or places that were materially worse off, for many of us, there would be little of the world left to photograph. If we turned our lenses away from everything that was difficult, photography would lose much of its potency and purpose.

I think the ethics have to do less with the subject matter and more with the intentions and actions of the photographer. Stealing photographs of private moments, taking pictures after the subject has refused, barging into lives and spaces without asking — this is what crosses the line. Asking permission and engaging with people creates a totally different interaction than acting like you're on safari. More subtly, how you frame a photo affects how you portray people: you can capture someone walking alone in a field of garbage or cooking with his or her family. You can take an aerial view of a slum, or you can photograph the neighborhoods and people below.

In reflecting on how to better portray a city through photographs, I am inspired by the work of Brendan Bannon, a Nairobi-based photojournalist that I interviewed for an article on ethical travel photography. Tired of photographing only refugee camps and health crises for his editors, last April he put out Daily Dispatches to paint a fuller portrait of Nairobi. His warm, quiet photographs are brimming with dignity — you don't realize how skewed the typical portrayals of African cities are until you see his counterpoint.

In Dharavi, it wasn't whether someone was a tourist or a philanthropist that made his or her picture-taking more tasteful. Although time spent in a place matters, intention and actions matter more. When you're behind the camera, you can always feel the difference.

Credits: Photo of boy in Dharavi by Katia Savchuk.