Is It Time to Transcend the ‘Urban-Suburban’ Divide? 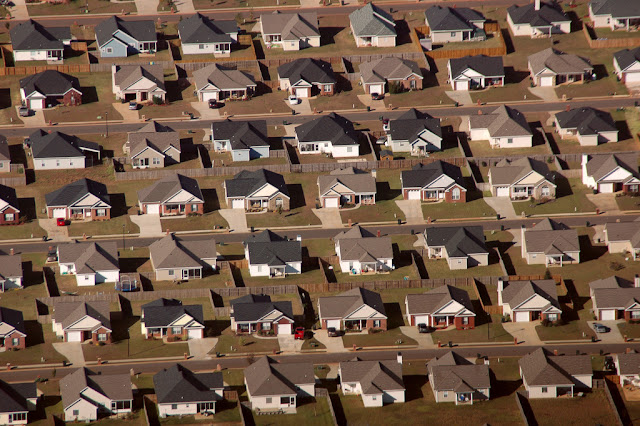 In a recent piece for The Atlantic Cities, Emily Badger contemplates whether the place where she lives, Alexandria, Va., really counts as a suburb. Her concern, she writes, stems from lifelong aversion to the “s-word” — once “the most vicious epithet I could imagine hurling at anyone.”

For Badger, who grew up on the South Side of Chicago:


The city was innately virtuous because it had different kinds of people and more museums and a Chinatown. And if you were not willing to go through the occasional weapons inspection to win access to all of that, then clearly your priorities were wrong... I was sure the suburbs could permanently mar the very personality and character of everyone who lived there.

Given this deep-seated prejudice, it’s not surprising that she found herself going to great lengths to argue that Alexandria — an archetypal suburb — could not possibly be one.

She offers various reasons for this assessment: It’s too old (older than Washington, D.C., itself), it has metro access, it doesn’t have an Applebee’s. But when she gets down to it, none of these answers quite seems to clear up the confusion. “I realize I don’t know exactly what defines a ‘suburb’ as such,” she writes. “Is it a matter of geography? Authenticity? History? Density? Diversity? Housing stock? Land-use patterns? Auto dependence?”

She concludes that “to live in the city is to take a kind of risk, while to live in suburbia is to avoid it.” Sadly, this is an unsatisfying answer to a very important question. After all, the shape and definition of our urban fabric has implications that go far beyond 24-hour availability of Thai takeout, or even what one’s neighbors look like. Where and how we live strikes at the heart of the most pressing crises that face the world — from resource depletion and sustainability, to the nature and shape of our economy, to our physical and emotional health. If we can’t even figure out what defines a city, how can we hope to address these challenges?

In many ways I relate to Badger’s feelings, and to her dilemma, but from a different perspective. I grew up not in a risky, gritty but culturally edifying urban setting, but in Littleton, Colo. This was a generic suburban “notown” that blended into those around it, until a murderous rampage at Columbine High School put it on the map. By the time Columbine happened, I was already living far from that place, in the most anti-Littleton you could imagine: New York City. The events at my old high school only reinforced my own biases; I swore I would never go back to that “s-word.” 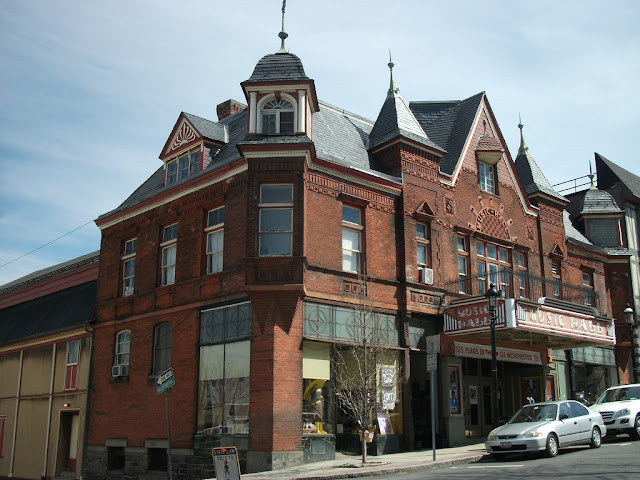 Suburbia, On a Human Scale

Eleven years, one wife and three children later, however, I found my life bursting through seams of a first-floor, 950 square-foot apartment in Washington Heights — and I realized it was time for a change.

My wife and I both worried about moving to the suburbs, but we did it anyway. Today we live in a nice house on a quiet street in Tarrytown, N.Y. — a place that is, instructively, entirely unlike either Littleton or New York City.

In her oft-quoted 1961 classic, “The Death and Life of Great American Cities,” Jane Jacobs famously slammed the urban planning trends that she believed were sucking the soul and health out of cities. Since then, the book has become a bible for anti-suburban crusaders. A great many of the pernicious trends Jacobs observed are today defining characteristics of what we think of as suburban: monolithic, single-use zoning, the favoring of cars over pedestrians or transit, the elimination and devolution of public space.

Jacobs, however, was primarily concerned with cities, not suburbia, and was equally appalled by quintessentially urban trends of the 20th century, such as the massive public housing projects and highway plans that butchered vital neighborhoods.

Nonetheless, Jacobs clearly had a pro-city bias, at least for the kind of “urban ballet” she favored. Suburbs, she said, simply lack enough people to support the kind of diversity that make cities vibrant: the “Viennese bakeries, foreign groceries, art movies, and so on, all of which can be found co-existing, the standard with the strange, the large with the small.”

To those of us who love cities, this assessment makes intuitive sense. But is it the whole story? In his scathing critique of Jacobs’s book, her would-be mentor-turned-critic Lewis Mumford accused her of muddling up the real nature of what is urban and what she loves about it.

According to Mumford, the very things that Jacobs most praises about Greenwich Village — face-to-face contact, a sense of belonging — rest not “on a metropolitan dynamism, but on continuity and stability, the special virtues of the village.” In other words, if these special places exist in cities, it’s not because of the urban forces that surround them, but in spite of them.

Unlike Jacobs, Mumford had a deep ambivalence about urban life, and a particular hatred for the 20th century gigantism that was turning “metropolis” into “necropolis.” But if there was one thing Mumford hated more than cities, it was the dehumanizing sprawl that he saw rapidly rising around them. In his prescient 1958 essay, “The Highway and the City,” he attacked the recently created Interstate Highway System, predicting that it would lead to “a tomb of concrete roads and ramps covering the dead corpse of a city.” Needless to say, if he could see many of the cities Americans now live in, he would not be surprised.

Like Alexandria, Tarrytown has history on its side. Although it doesn’t predate the first settlements of New York, it’s old enough to have already been historic when its most famous resident, Washington Irving, described it in the opening of “The Legend of Sleepy Hollow.” Like Alexandria, Tarrytown is “no post 1950s auto-oriented subdivision.” It has charm and good restaurants, the vast majority of which are locally owned (no Applebee’s). For most of us who live within the village, the daily needs of life (and the Metro North train station) are in easy walking distance.

Yet, we are suburbanites. No one would confuse this place with New York City.

The one thing that Tarrytown and a place like Greenwich Village share is a respect for the human scale. It’s not just that you can walk here — it’s that you want to. Neither of these places could be further away from a big-box land filled with strip malls and burdened with parking lots, or from the chokingly sterile concrete plazas and climate-controlled glass skyscrapers of a place like Houston. And neither place is comparable to the increasingly distressed, distant exurbs that have fallen victim to the housing bubble and collapse.

There are other reasons to question America’s old ideas about the suburban-urban divide. Today’s suburbia is far more ethnically and racially diverse than in the past. At the same time, in contrast to old stereotypes contrasting urban poverty to suburban affluence, more American suburbanites now live in poverty than urban or rural residents, according to a 2011 Brookings study. The image of suburbia as the sole province of single-family homes is no longer true, either. Since 1970, suburban multifamily housing has been the fastest growing real estate market in the country, accounting for more than one in four housing units today, according to the Journal of Architecture and Planning Research.

Call it the post-suburban world.

In reality, both Jacobs and Mumford were right. They illustrated how superficial distinctions between city and suburb are facile at best and dangerously misleading at worst. Most of Jacobs’s prescriptions for what ails modern urban life apply as well to the suburbs, as the New Urbanists and others have pointed out. But Mumford’s central point holds true as well: One cannot address the problems of the city without understanding the larger economic, socio-political and technological forces that create the conditions for both suburban sprawl and urban decay.

In other words, most of the diagnoses and prescriptions that Mumford and Jacobs describe apply equally to urban and suburban places.

Maybe it’s time to stop worrying so much about the symbolic meaning of general urban categories and to start looking more closely at the specific characteristics of particular places, how they function, and what makes them work the way they do — applying both a finer-grained and wider-angled analysis to understand how we got here and how to move forward.

Lakis Polycarpou is a journalist and ecological designer who is deeply engaged with the paradox of sustainable urban living. He is a partner in two ecological design collectives, Emergent Designs and Real Returns.