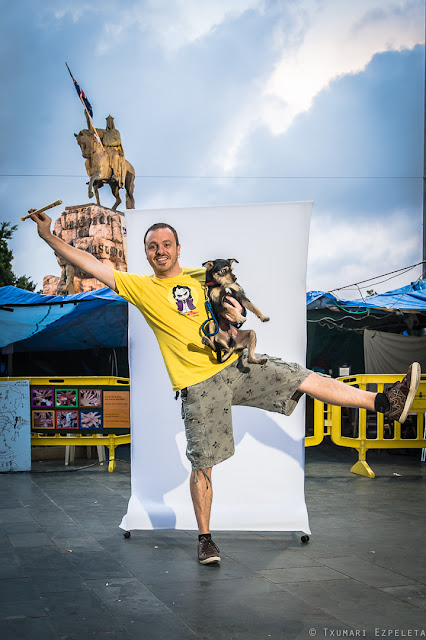 When Spain’s 15-M movement took over plazas in hundreds of cities across the country in May 2011, mainstream media coverage was mixed. While some sources were supportive, more conservative media, as well as politicians, attempted to discredit the seriousness and diversity of the movement and its claims for systemic transformation by referring to participants as "perroflautas." Literally "dog flute" in English, the term is used to describe scruffy young people or modern-day hippies. The description is similar to "crusty" in the U.K. or "gutter punk" in the U.S., according to an online discussion forum. 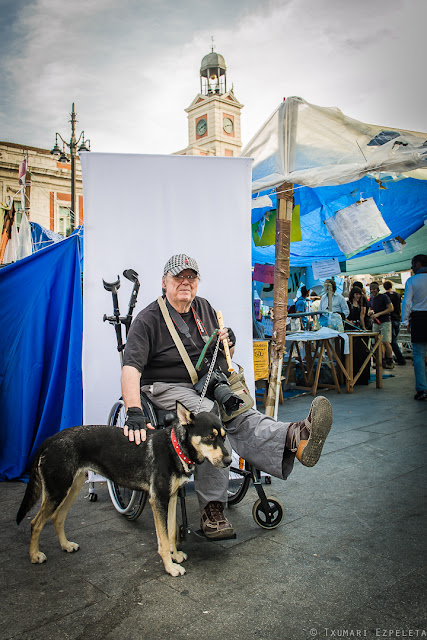 The Basque photographer Txumari Ezpeleta decided to respond to the misinformed and homogenous media image about the hundreds of thousands of people claiming a more participatory democracy across Spain. In May and June 2011, Ezpeleta developed a play-on-words photography project where he sought out 15-M participants with dogs in occupied plazas in Madrid, Barcelona, Sevilla, Bilbao and Palma de Mallorca. Visually engaging with the literal translation of "perroflautas," he handed dog owners a flute and photographed them against a transportable white backdrop in the plazas. 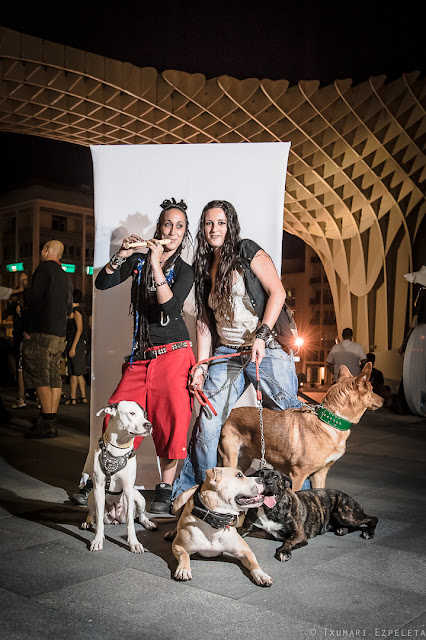 Seeking 15-M participants who brought their dogs to the plaza created an interesting natural filter, as Ezpeleta did not select a certain profile or image to communicate the movement's diversity, but rather they chose him, so to speak. The process of taking the photographs and the visual image they record also highlight the feeling of joy and optimism that permeated the plazas during those heady months of mobilization and plaza occupation. 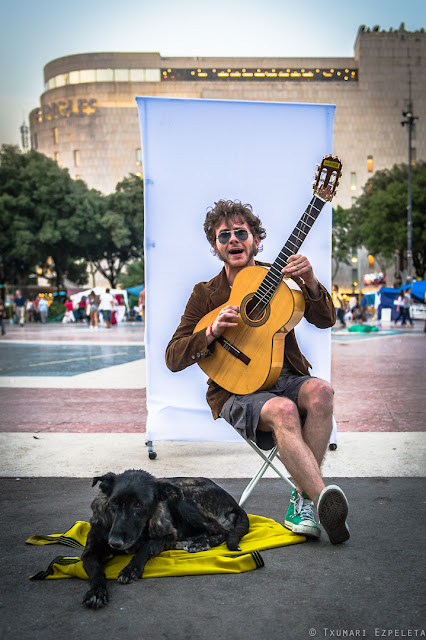 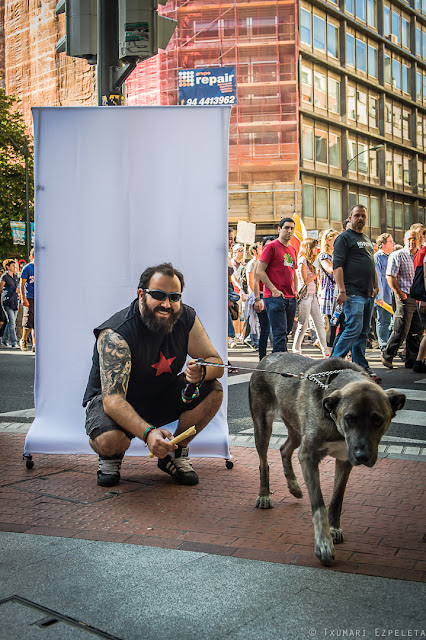 The images above are just a few of 75 photographs from five plazas across Spain, available on Ezpeleta’s website.