Sustainable Housing and the Legacy of Clarence Stein 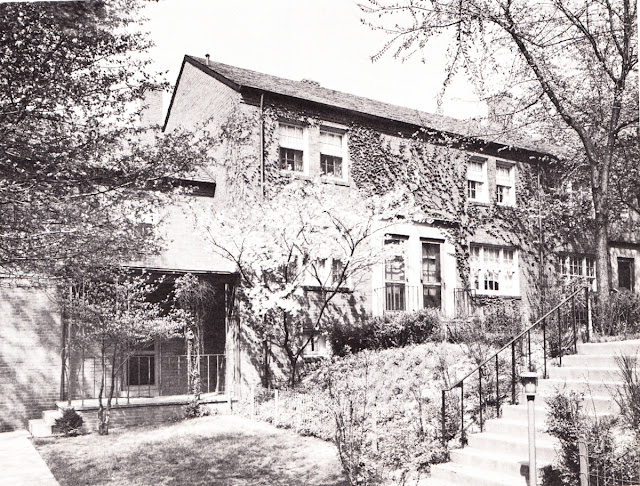 Architectural preservation is an important form of environmental sustainability, combining ecological and cultural benefits. It reduces wasteful consumption and strengthens our ties with great design from the past. So I'm very much looking forward to an upcoming seminar on "green" preservation and the work of Clarence Stein, a remarkable architect, planner, and advocate of garden cities. It takes place from May 21-22 at the Cooper-Hewitt, offering workshops and site visits with architects, engineers, planners, developers, researchers, preservationists, and residents of housing communities designed by Stein. 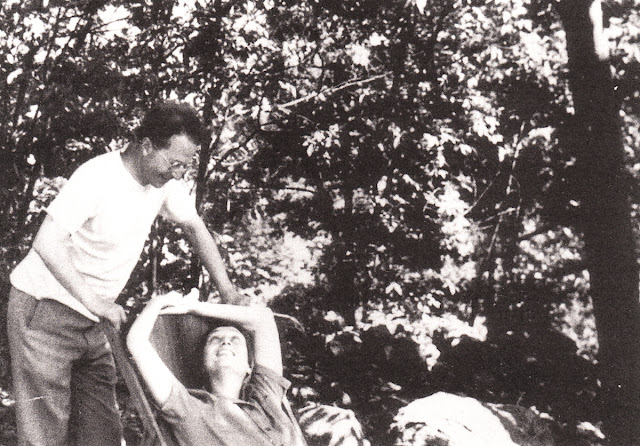 Stein's biography spans a fascinating period in urban history, as planners of the early 20th century faced the opportunities and problems associated with modern industrialization. After studying architecture at Columbia University and the École des Beaux-Arts, he worked for Bertram Goodhue for eight years before starting a firm with Henry Wright in 1919. They later founded the Regional Planning Association of America (RPAA), working closely with Lewis Mumford, Benton MacKaye, Catherine Bauer Wurster, and Alexander Bing in support of affordable housing, wilderness preservation, and management of urban sprawl. 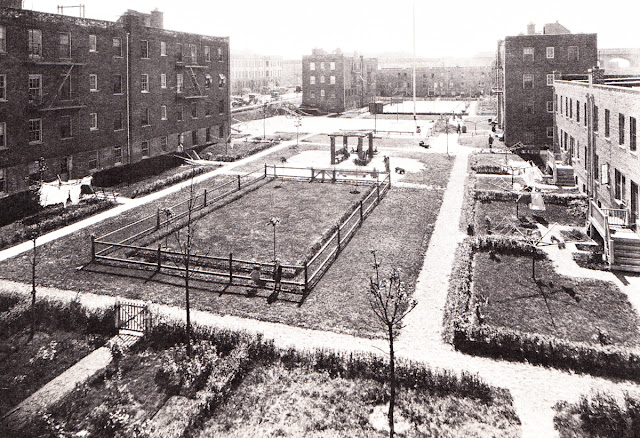 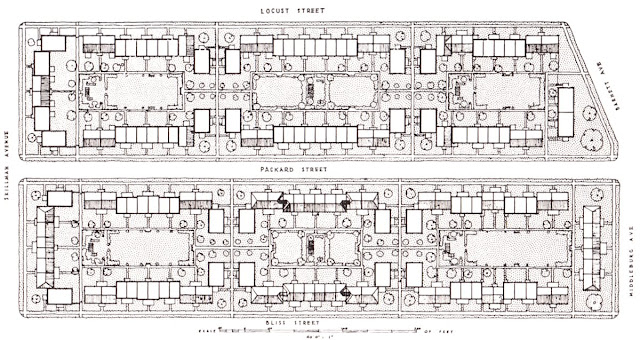 A plan for blocks with shared interior courtyards at Sunnyside Gardens.

The RPAA sponsored a visit by Patrick Geddes in 1923, and Stein and Wright visited Ebenezer Howard and Raymond Unwin in England the following year. Their influential body of work includes Sunnyside Gardens in Queens, Hillside Homes in the Bronx, Walt Whitman Houses in Brooklyn, Chatham Village in Pittsburgh, Baldwin Hills Village in Los Angeles, Radburn in New Jersey, and Kitimat in Brittish Columbia. These communities feature gardens, shared courtyards, and parks closely integrated with housing. Stein and Wright used cul-de-sacs, superblocks, and greenbelts to separate neighborhoods as much as possible from highways and reduce traffic congestion. Such arrangements drew criticism in later years from Jane Jacobs and other advocates of vibrant street life. The Great Depression and World War II prevented Stein and the RPAA from securing the financial and political backing to realize their vision for true garden cities (with local employment, public transportation links, and limitations on sprawl). However, their attempts have inspired generations of planners and their built projects are now being preserved as historic landmarks. 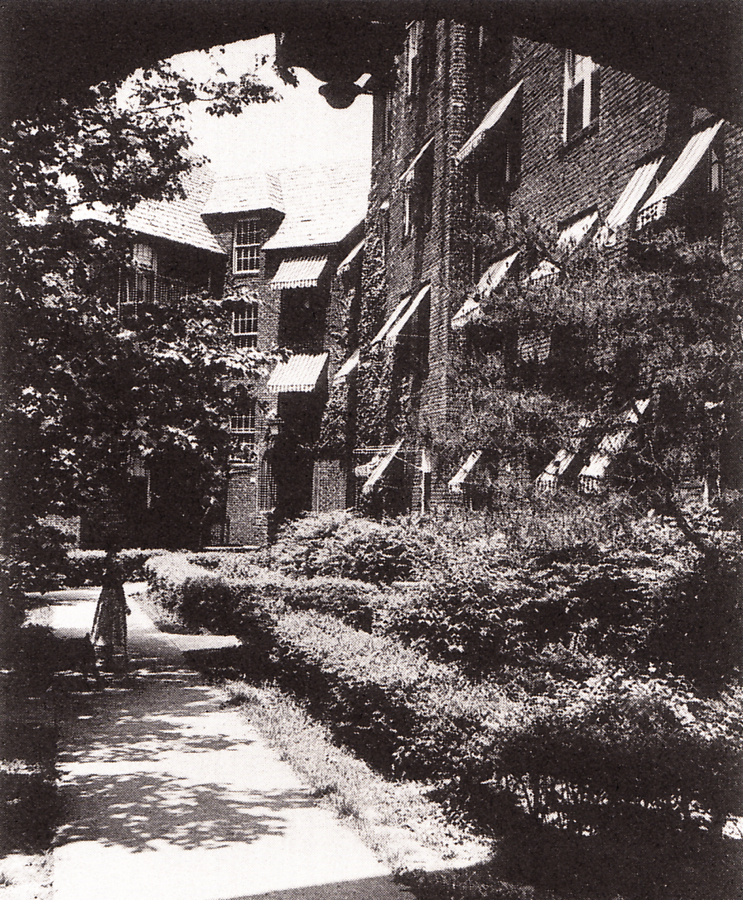 Apartments around a courtyard in Radburn.* 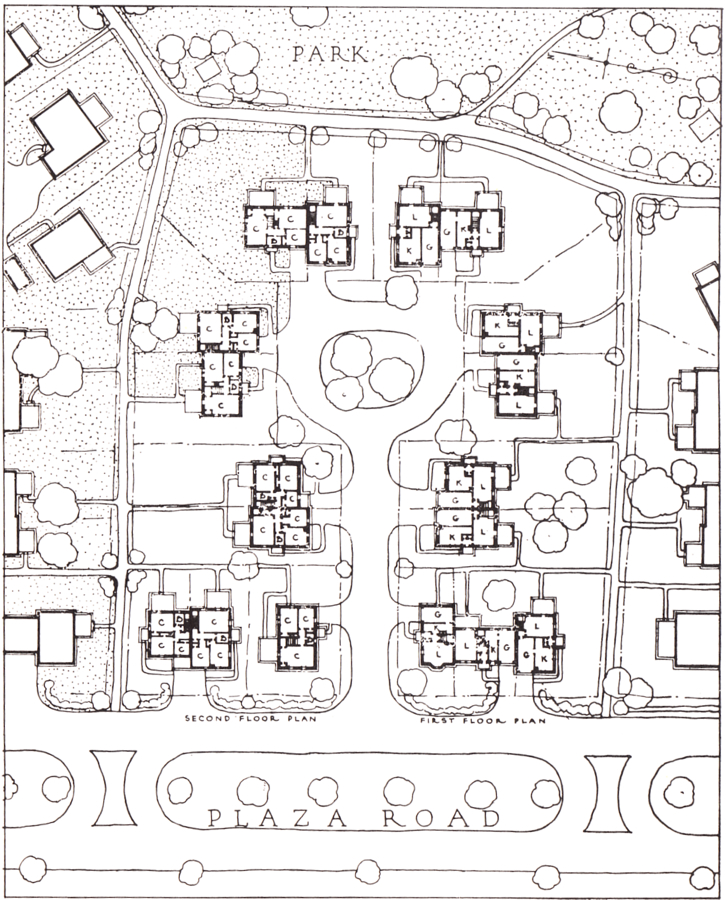 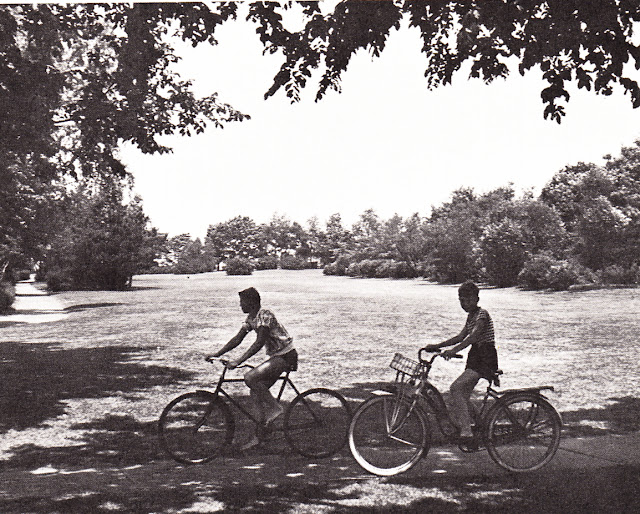 Riding by a park in Radburn. Stein was an early supporter of bicycle paths separated from busy streets. 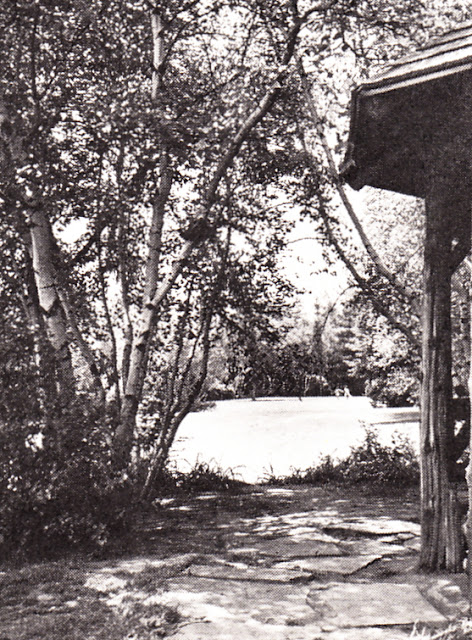 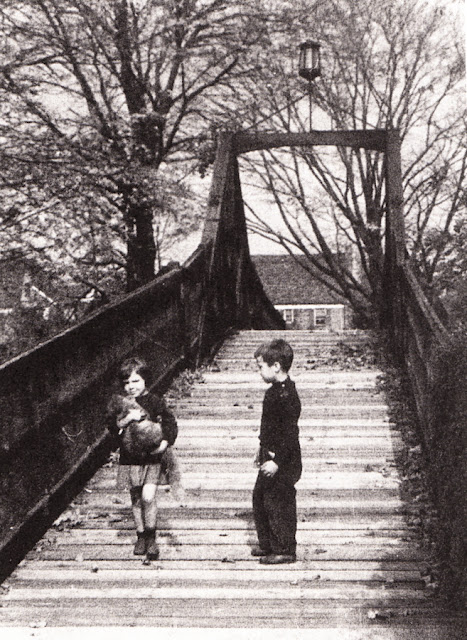 Pathway to a central green in Radburn (left). Pedestrian bridge over Fairlawn Avenue in Radburn (right).*

In Toward New Towns for America (1951), Stein explains his work through a series of reflective case studies. He recalls efforts to keep new towns affordable and encourage "good living" by way of healthy and attractive environments. He criticizes real estate development that favors profit over quality living conditions, citing related health problems, congested streets, environmental damage, and inefficient use of resources. He's especially critical of impersonal housing and dangerous roadways. Channeling Howard, he calls for comprehensively planned, small-scale, pedestrian-oriented communities ensconced in green space. Also like Howard, he encourages planners to live in the communities they've helped establish, or at least visit often, staying aware of changing needs and making adjustments with the help of local residents. 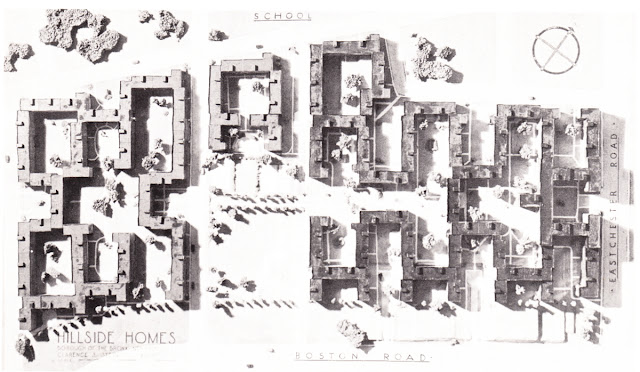 Model of Hillside Homes in the Bronx.

In light of surface parallels between garden cities and suburban sprawl, it appears incongruous that Stein is now featured at a seminar on preservation and environmental sustainability. Much of his work could be criticized as planned from above, dependent on automobiles, and wasteful of resources. However, pictures reveal an integrity that is absent in housing built for fast profit. And his dedication to providing quality housing for low-income citizens is an inspiring counterpoint to prevailing trends in real estate development. The seminar is a rare opportunity to find out in detail how these communities have held up over time.