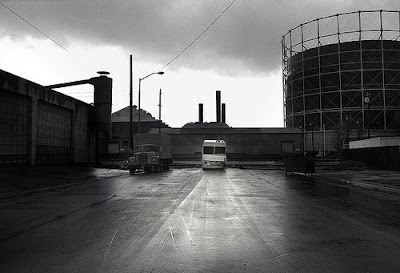 Since the days of Baudelaire and Benjamin, those of us obsessed with the urban have found pleasure in the accidental and the serendipitous. One could even argue that it is the possibility of the unknown that leads us to that mixture of lived and considered experience that I define as urbanism. 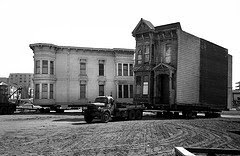 In a particularly pomo twist to the whole thing, my adventures in urban photography exhibitions recently led me to a new show of old Dave Glass photos, and it turns out that Glass is the auteur behind one of the legendary images of urban renewal in San Francisco (if not the country as a whole). I have used the image of trucks carting away Victorians in the Western Addition in presentations and even an old class paper, knowing nothing at the time about the artist. 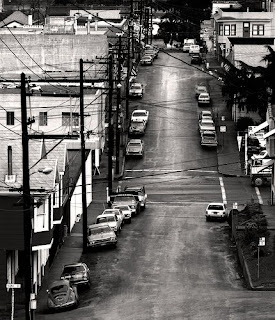 It turns out that Glass has been quietly documenting the transformation of much of the Bay Area for the past four decades, from the streets of Oakland to the vistas of San Francisco, and even including one of my favorite little company towns that has seemingly been preserved in aspic, Crockett. (Only the cars have changed from the picture at right.)

His images not only evoke a classic city, but a classic style, a black-and-white urbanism that amateur digital warriors like me can only truly fantasize about. There is a realism to his work that manages to avoid both romanticism and the exploitative and hyperbolic festishization of decay and crisis (what in a nod to fellow Polis contributor HF Burga I call decay-porn). 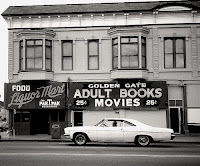 f you take the time to scour through his impressive collection on Flickr, you will see a diversity that seems to capture a bit of the possibility that so many of us see in thinking about cities, from the politics and the people to industry and culture. You can see in colorized images like the one below a remnant of how we lived, how we moved and how we voted in one simple and clear image from 1976, two years before Prop 13 ushered in a restructuring of California urban politics. 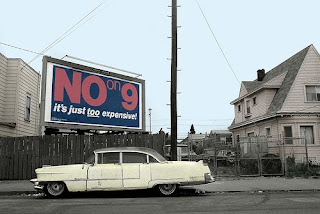 Here's hoping that some museum director takes a moment to consider how brilliant a true retrospective of Glass's work could be if given the space and place to be shown in true daylight. No offense to Flickr, but I want to see these photos live in the city, so that other amateur urbanists can accidentally discover them during an adventure to be named later. 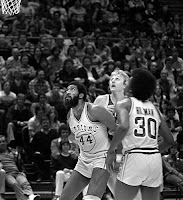 Credits: All images taken and copyrighted by Dave Glass, and found on his Flickr site - http://www.flickr.com/photos/daveglass/, including the one of Larry Bird, Clifford Ray, and Darnell Hillman taken during Bird's rookie year in 1979. May the inclusion of this photo bring luck to the Warriors in the year of the tiger so that we may believe again.