The Changing Texts of Architecture 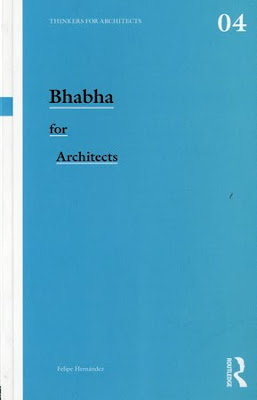 In case our group reading of The Infrastructural City has merely opened the floodgates of interest in more texts on architecture and the city, this post highlights some new and interesting work.

X
Vitruvius' Ten Books on Architecture seek to order and structure the practice of architecture and the role of the architect.  This may be seen as definition by exclusion - everything that lay outside of the purity of classical geometric order is outside the system of architectural consideration.

Where does architecture begin?

Perhaps we are at another point where there is a crisis of definition for architecture, however this time it has become a definition of inclusion.

Where does architecture end?

XI
What comes after the ten books seems to reflect the increasingly inclusive definitions of architectural practice and its associations with other traditionally defined fields.  While not only recognising the linkages that become stronger with time between design, planning, development, and empowerment of the end-users, many sources now acknowledge that this loss of control and end of the 'Master Builder' is a positive evolution.  The resultant shift in the profession to that of strategist, enabler, and map-maker represents an attempt to understand the political and social processes that form our cities.

In particular, this shift is critical in opening up the profession of architecture to the reality of growing slum populations and inadequate basic services for the world's urban poor.  Architects must engage the micro-scale of the food seller in Dharavi as well as the macro-scale of the Dharavi Redevelopment Project - and then reconnect these elements in a coherent way to propose solutions.  Perhaps if Vitruvius were writing the ten books on architecture today, he would be the editor rather than the author, strategically choosing his ten chapters from planners, anthropologists, geographers, economists, etc. and concluding them with thoughts on design and the spatial manifestations of the included concepts.  Sometimes the hardest thing to do for the designer is to hand over the pen.

Credits: Image of Bhabha for Architects from the AA Bookshop.