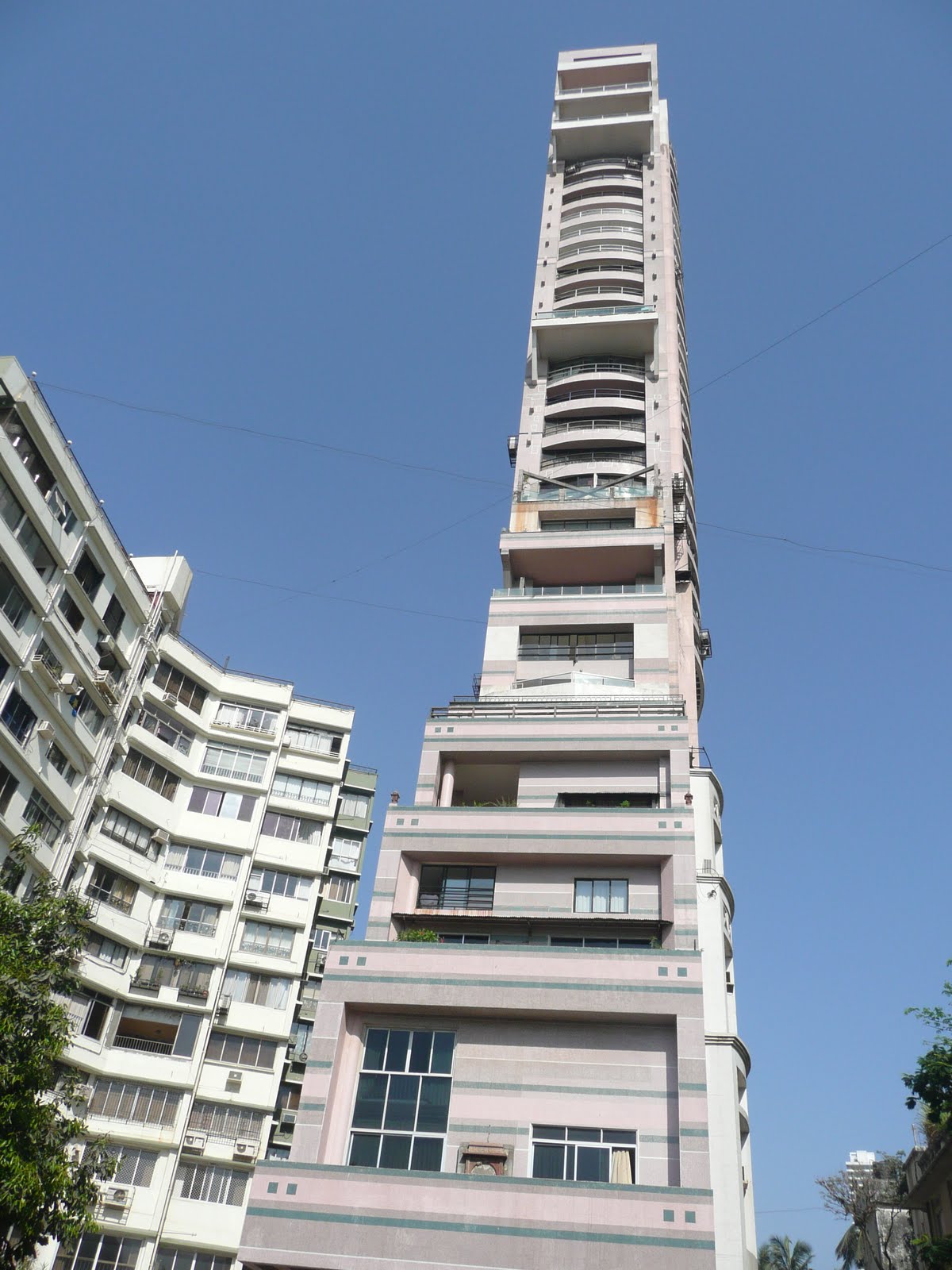 A wealthy Mumbaikar makes the most of floor-area ratio. Actually, he’s almost certainly exceeding the permitted Floor Space Index (FSI), which is notoriously low in most parts of the city. He either got permission through special government incentives (e.g., he can build higher here because he built housing for the poor elsewhere under a government scheme) or — more likely — under-the-table bribes did the trick. Mumbai’s developers and builders are infamously corrupt.