Gentrification? Not in Quito

Quito is one of the most important historical cities in the American continent. In fact it holds the largest, best preserved historical center in South America. In the past two decades the historical center has been benefitting from large amounts of public resources for its conservation and beautification. It is widely understood that the local and central governments intended to stimulate a gentrification process, however, it has not happened. Quito's center has also conserved it's popular character, with most housing options and commerce targeting middle-low income citizens (some 60 percent of its population).

Visiting Quito's center is a cultural experience, understanding culture as the expression of societies' identity, creativity and livelihoods. Despite that this city area has the largest concentration of museums, cultural centers and other cultural spaces targeting wealthier, higher educated citizens, most people living and visiting the center during the weekends are truly representative of the country's social spectrum, mostly from the middle-low income groups. 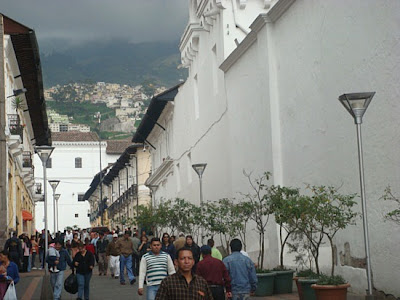 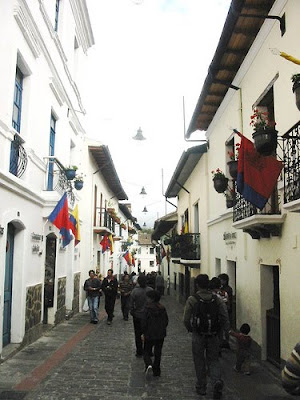 The interesting thing is that wealthier, higher educated citizens generally find the city center dangerous and inconvenient for car parking. Somehow, the large real estate businesses and their clients have not seen enough interest in the city center, which has prevented an informal economic eviction of the lower-income residents, because of increased rents, house prices, and property taxes. In addition, businesses are still catering to middle-lower income consumers, preventing a further decrease in the accessibility to less wealthy natives.