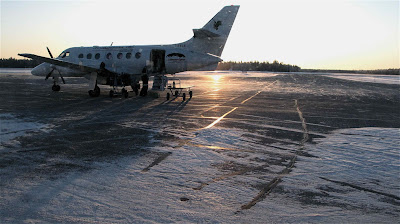 Recent headlines have captivated governments and northern communities around the Arctic Ocean as word of ongoing military surveillance missions has rekindled images from a Cold War pastime. Increasingly, it seems as though the world’s northern nations have re-entered into an era of resounding tension, exercising tools of soft power in order to stake their respective claim to the north. This comes at a time when an ever-growing interest in arctic resources has emerged as a focal point for politicians, oil-barons, and development financiers. The Arctic itself has become the latest victim in the growing dialogue on ‘contested space’.

Amidst a relatively uncertain era of Canadian politics, the national response has been to increase the emphasis on northern development, both economic and ‘social’. But what exactly does this type of development entail? What are the repercussions?

Canada has struggled with northern communities (and cities) throughout its history. Although fur-trading posts in the north formed the backbone of the early Hudson’s Bay Company, North America’s oldest commercial corporation, this later fell to greater economic development and prosperity in the south. As progressive urban development devoured the fertile fringe along the southern part of the country, deep economic and cultural bonds began to transverse the non-militarized border with America. Development was concentrated throughout this more livable region of Canada, and the “true north” remained largely empty, yet arguably “strong and free”. 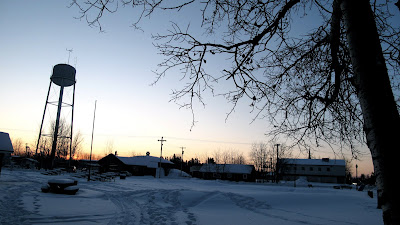 Canada’s North has been neglected for several reasons, perhaps the most obvious being its relatively hostile climate. For many Canadians, a trip to the far north would be nothing short of an unenviable task. I for one have only arrived in the north for the first time after visiting nearly every other continent on the planet. As I write this piece from Yellowknife, Northwest Territories, the average January low in Canada’s largest northern city sits at a balmy -24°F, with the record low of -60°F. At 62°N however, Yellowknife is still some 250mi (400km) south of the Arctic Circle – a far cry from a truly northern urban centre. 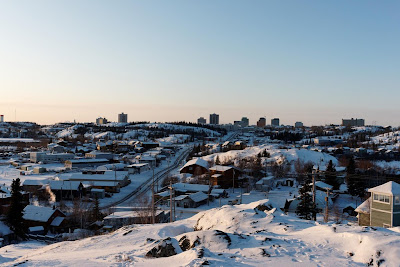 Yet Canada’s sore spot on the environmentalist’s checklist has provided incentives for a great deal of investment above the current northerly urban boundary. With some of the world’s largest reserves of oil and natural gas, the region has emerged as a lucrative opportunity for both domestic and foreign investment. However, this same resource-based prospect that has been embraced by Canada’s Conservative Government has landed the country in a violent storm of controversy elsewhere. 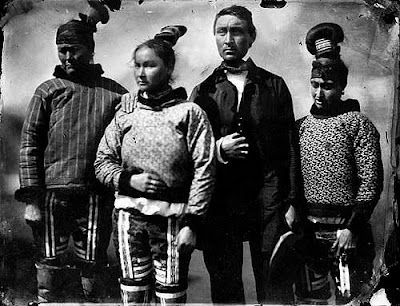 Amidst this discussion of sovereignty, development and growth northward sit some of Canada’s most historic and perhaps neglected ethnic communities. The First Nations and Inuit populations of Canada have long been a part of conversations in ‘contested space’. Initially consulted for their knowledge and know-how of northern living, the First Peoples of Canada were bribed out of their property with western vices and driven nearly to self-destruction. Hundreds of years and several generations later, these communities continue to struggle with alcoholism, drug abuse and domestic violence. Many communities, often consisting of a few houses, a general store and a local ice hockey rink, are situated in isolated regions where surface travel is available only during the winter, as rivers and lakes freeze to make way for ice roads. To this day, access in and out of these communities during the summer months is limited to privately chartered light aircraft. 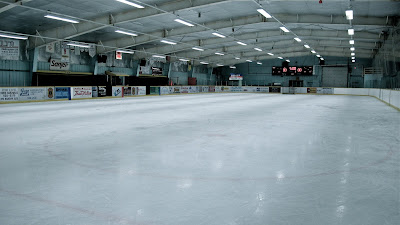 But this is now beginning to change. As the concerns of sovereignty begin to loom over Canada's North, so do the challenges of trying to populate and urbanize the existing remote villages. In 2010, many of these communities will taste ‘western food’ for the first time, as traditional hunting and fishing looses ground to flown-in frozen TV dinners and processed cheese from the south. But is this truly the idea of protecting Canada’s sovereignty? Does a flown-in Bucket of KFC at a cost of $44.00 translate into a sustainable sovereign future? Surely the associated costs with the loss of environmental integrity and national heritage must be given some weight in this equation.

It seems as though the prospect of populating, urbanizing and developing the north is an uphill battle, as is protecting Canada’s sovereignty. One might think, however, that subsidizing Aboriginal and Inuit communities into an unforgiving and relentless cycle of misery is not the greatest step forward, but rather a form of cold and heartless urbanism.

How might Canada effectively exercise its soft power in the race for control of the north? Does the answer truly lie in developing and urbanizing one of the most unforgiving climates on the planet? Perhaps the answer is buried far beneath in the ice.