PAP/MIA 1: Catastrophe in the Transnational Metropolis 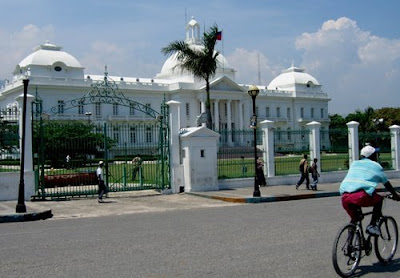 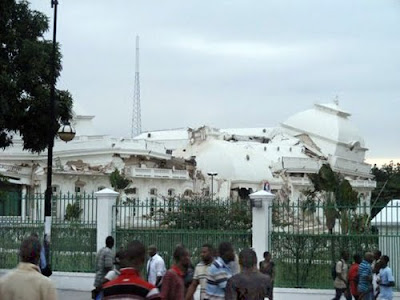 As a Miami resident, it is almost impossible to think about the city’s urban life without considering the economic and cultural contributions of Haitians and Haitian-Americans. Like Havana, Port-au-Prince is part of a growing list of cities in the Caribbean and Latin America that makeup a transnational metropolis where over 65 percent of residents are foreign-born nationals.

In the media, Port-au-Prince appears as a distant city in a “developing” country: a site of natural disaster, political failure, violent spectacle and human tragedy. But in South Florida, where 250,000 Haitian nationals and bi-nationals reside, it is a local event, a conversation with your next door neighbor, co-worker, friend. In Miami, one grows up listening to Creole and Spanish on main street. The prospect of hurricanes and immigration waves allow you to be face to face with despair across national boundaries.

Newly elected mayor, Cuban-born Tomas Regalado has ordered all municipal fire stations to open their doors for donations. In Liberty City, home of the Haitian community, local development corporations, NGO’s and Dade county agencies are mobilizing to provide humanitarian assistance. Florida Governor Charlie Crist is sending emergency management teams to Miami in order to prepare the city for its role in relief, reconstruction, and perhaps re-settlement efforts. There is even a conversation in Miami’s plural public sphere of setting up a flight operation akin to Operacion Pedro Pan - “Operation Peter Pan”: an airlift program which brought children and parents together following Cuban Revolution.

Haiti’s social and political history is intricately connected to United States foreign policy in the Caribbean and beyond. During the 80's and 90's Haitian refugees were refused entry to the US because they were considered “economic” instead of “political” refugees. This difference, underlined double standards where race played a fundamental role in allowing access. Following the catastrophe in Port-au-Prince Temporary Protection status for Haitians has been granted. Will this tragic event signal a momentous humanitarian shift in immigration policy, because it ultimately hits home?

One thing is certain, this crisis, playing out across national boundaries but felt on the ground in the US will reshape the face of this transnational metropolis, for years to come.