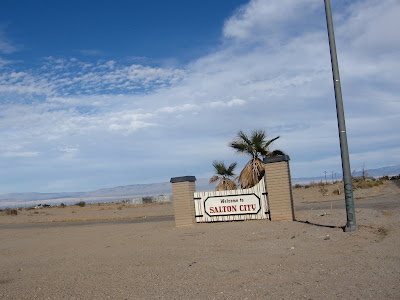 One of the most fascinatingly bizarre testimonies to the power of Western real estate boosterism is simultaneously home to one of the tragic ironies of California's historical environmental and urban quandary. Just a few hours east of the Los Angeles and San Diego, nestled on the edge of the Imperial Valley's desert agricultural miracle/nightmare, the Salton Sea and it's ring of post-apocalyptic semi-ghost towns has long been a must-see for fans of decay-porn and urban abandonment, or simply for those who love it for it's strangeness, it's monuments to Christ or Sunny Bono, or it's importance in the oeuvre of Val Kilmer. 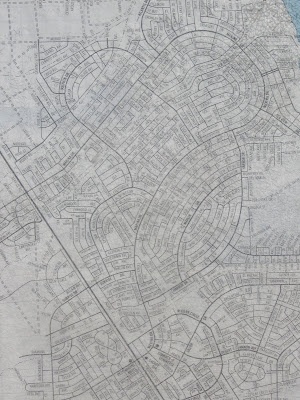 For those of us whose blood-brain barrier is incapable of weeding out the urban, there are two intertwined stories about the largest lake in California which are worth considering. The first is about real estate speculation, about money and land and water, about classic Southern California boosterism and the creation of a second-home and retirement version of California City. In the 1950's, a half-century following it's "accidental" creation by a 1905 canal explosion which sent the entire flow of the Colorado River into the Salton Sink for a year and a half - dykes which themselves were party of the effort to make the Imperial Valley desert "bloom" - real estate developers imagined places like Salton City were destined to be the next great tourist destination, a hybrid of Palm Spring and the French Riviera. An entire city of 25,000 plus was platted, subdivided, sewered and (partially) sold.

Some bought, some didn't. Some built, others waited. Some dreamt, others doubted. But the reality of a lake that should never been caught up with the sea, as a sink that drained agricultural waste while simultaneously becoming one of the richest fish and fowl sites on the continent began to see massive die-off's, including more 7 million fish at one time in 1999. The result is the a landscape what never was, interspersed with the occasional testimony to the human desire for a castle of one's own. These days, the real estate of Salton Sea has largely been reduced in pecuniary value to naught. 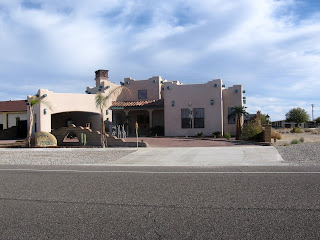 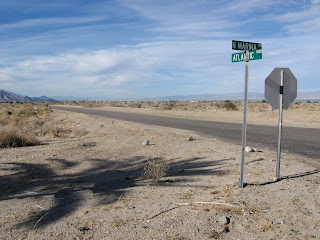 Yet amidst the abandonment and devaluation that we Californians are learning about in full frontal fashion comes another story, one more ironic but perhaps equally as sad. As the fish die-offs and bird deaths began to take their toll not only on real estate values but on the environmental future of this accidental lake, some began clamoring to save the lake from extinction. This outcry came not only from the areas small population or from local developers, but from state agencies and environmentalists. but why would environmentalists want to save a lake that never should have been, a product of dams and diversions and agribusiness ambition?

As it turns out, this grand folly in the desert had filled a void created by an even greater folly on the coast. Over the past century, development had slowly paved over 90% of the natural wetlands of coastal California, forcing bird migration inland to this strange new lake that was full of tilapia and other tasty morsels. In an urbanization two-step not too different from that faced by many poor communities around the world, we must now fight to save a place that never should have been because their original homeland is now fully occupied by someone else.


Credits: Images of Salton City, California by the author. For more information on the Sea, see the brilliant documentary narrated by none other than John Waters.