In Solidarity with Haiti 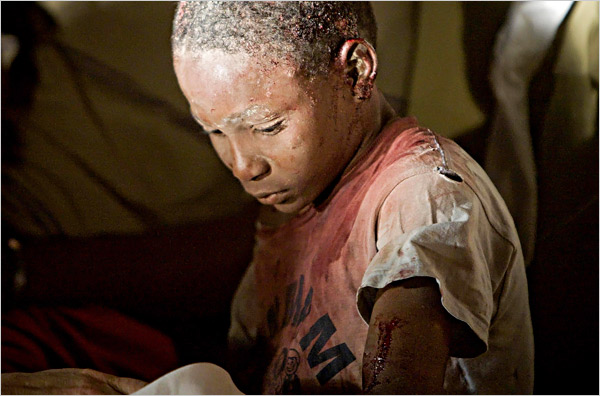 "Residents interviewed through the city said that the cries that they heard emanating from many collapsed buildings in the initial hours after the quake had begun to soften, if not quiet completely." New York Times (Jan 15, 2010) 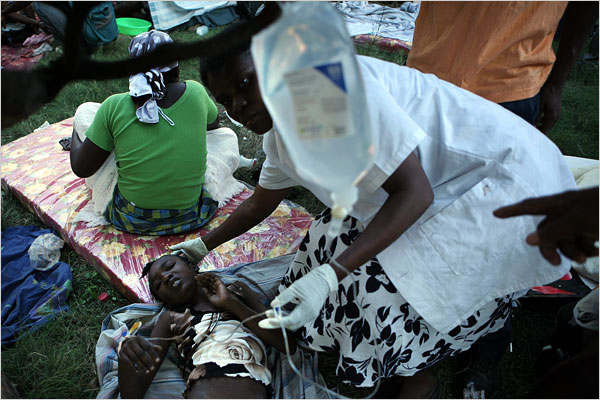 Earthquake response teams in Port-au-Prince explain that there is a 72-hour period in which people trapped under collapsed buildings can be rescued alive. We're now at 67 hours. While there are still people under the rubble and homeless children searching for their families in the streets, it may be too soon to reflect upon the horrible aftermath of the earthquake in Haiti. However, after donating as much as we can and still feeling helpless at the sight of the images in the news, this may be the best time. 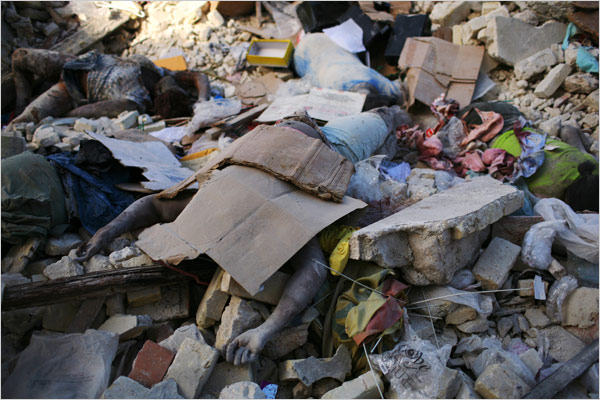 Much of the damage is confined to Port-au-Prince, showing the vulnerability of cities to disaster. As people interested in urban issues, this is something we can work on. Although small rural dwellings seem better equipped for this kind of disaster, the technological resources for improving safety conditions in cities do exist. 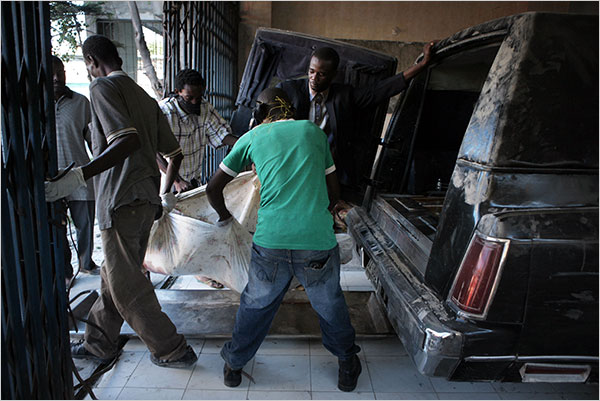 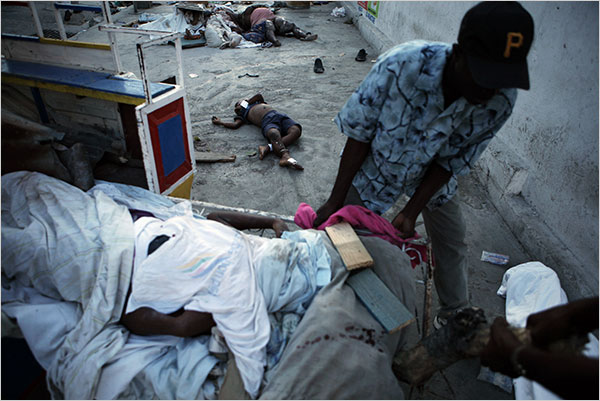 [Note: The following was included before reading David Brooks's troubling opinion piece that cites the same statistic. I in no way intend for it to support such ill-considered cultural assumptions.] The Loma Prieta earthquake, which struck near San Francisco in 1989, registered at the same level on the Richter Scale (7.0) as the one in Port-au-Prince. It resulted in 63 casualties, in comparison with an initial estimate of roughly 50,000 in Haiti. How can we effectively share the resources that account for this discrepancy? Are we doing enough to support the efforts of international institutions to establish building standards that will assure safe environments for children living in poverty? Why is Haiti ignored by so many of us, myself especially, until a major crisis occurs? 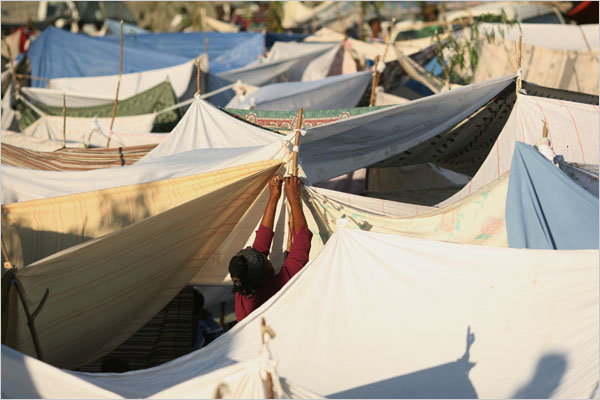 Everyone who values cities and human rights owes a certain debt to Haiti. I just found out that Jean Baptiste Point du Sable, who fought in the American Revolution and is credited with founding Chicago, was Haitian (the nation gained independence during his lifetime). The Haitian Revolution struck perhaps the most significant blow in human history against chattel slavery. Haitians joined Bolivar in his battles for independence in Latin America, and today they enrich cities around the world through immigration. These contributions aren't reasons for helping a nation in its time of need. It's enough that people are suffering while we have the capacity to improve their living conditions. It's time to focus this capacity on public health and safety for people around the world. 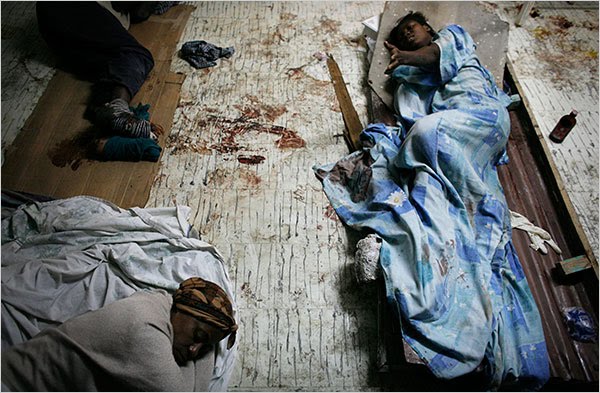 Considering what might be done, I find it inspiring to see troops being deployed for humanitarian work. Of course their role in defense is first priority, but if they can also serve as assistants and ambassadors of good will between nations, as part of international coalitions, that would be a wonderful thing. Architects, engineers, and planners from around the world can examine buildings, find out why they proved unstable, and help to establish global construction standards. We can draw upon local architectural traditions, complementing these ideas with new technology. People working in business and public service can find ways of funding these initiatives and assuring that standards are upheld. We can all participate in our own ways, not in the name of temporary philanthropy from rich nations, but through lasting global partnerships. Let's combine our efforts to make these things happen.