Quito's Response to the 1987 Earthquake

It has been estimated that the earthquake in Haiti has killed over 200.000 people. This figure is terribly high, a massive tragedy almost comparable to the 2004 Tsunami in the Indian Ocean. It would have been much less of a tragedy if Haiti wasn’t an extremely poor, unstructured country with a dysfunctional government. The earthquake in Kobe in 1995, for instance, was of similar magnitude, it was also close to urban areas and it killed 6.000. Again, it is weak buildings (and weak governments that don’t regulate construction), and not disasters, what kill people. 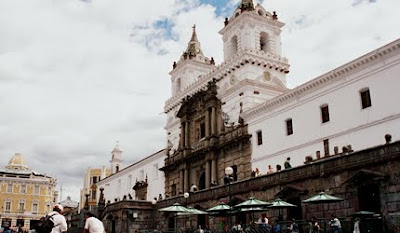 In 1987 Quito was also hit by an earthquake. It was not as bloody, but it is interesting to see that it mobilized forces to make the city better than it was before. A good example is the restoration of the city centre after the earthquake. Some years before, in 1978, Quito had been chosen by the UNESCO first urban site to become World Heritage (together with Krakow). Quito was not only chosen because it is the largest, best preserved historical centre in South America. It was due to the efforts made by the local government in preserving its heritage through special regulations and urban planning, sensitizing the citizens and allocating budget for its improvement. After the earthquake, with support from international development agencies, Quito made an extraordinary effort in reconstructing itself to become a stronger, better ruled city centre. 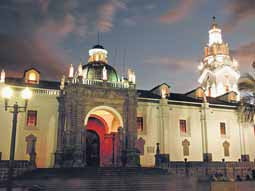 Today it is a show of magnificent art and architecture, attracting tourists from all over Ecuador and the world, and keeping its original local character. While old churches and government buildings remain in its domination on the urban and social landscape, those heritage buildings that had gone derelict have been transformed into museums and education and cultural centres. 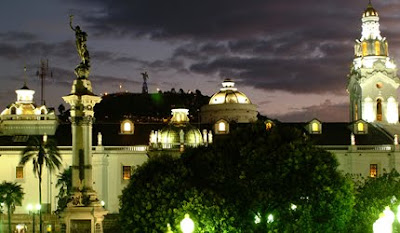 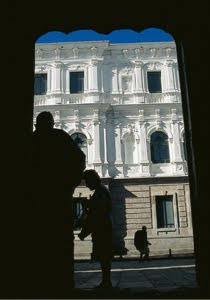 It is the time for Haitians and the international community to transform the country into a better, stronger place than it was before the earthquake.

Credits: Images of Quito's historical centre from www.quito.com.ec and www.elcomercio.com.