Living in a city with few public meeting places and hardly any spaces for contemporary art, performances, public talks, or independent film projections, two curators from Moldova and Croatia decided to take the matter in their own hands and change the situation. They selected a small public square occupied by parked cars in central Chişinău, aiming to create an “autonomous space for the dissemination of cultural information”.

In the fall of 2009, the two initiators, Vladimir Us, founder of Oberliht (Young Artists Association of Moldova) and his collaborator Nataša Bodrožić (based in Zagreb) launched the CHIOŞC project. The venue they had imagined had now taken the shape of a concrete construction, built as a functional replica of an apartment with the basic components of a typical socialist habitat: the kitchen, the bathroom, the living room and the balcony. 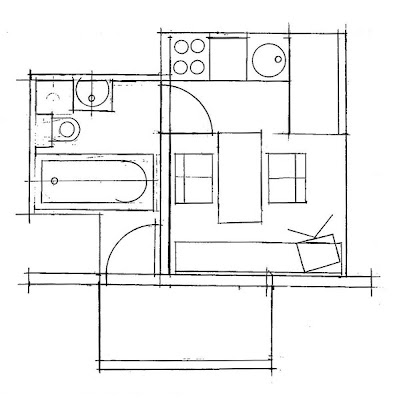 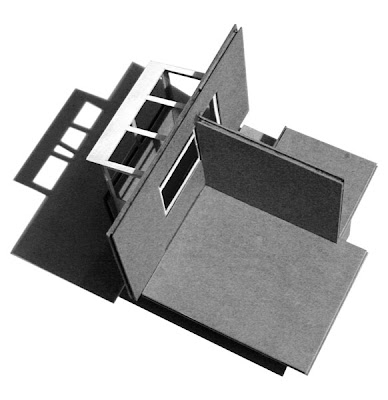 FLAT SPACE, as the structure was named, was designed by Moldovan visual artist Ştefan Rusu. His point of departure was an interest in the private space limited by socialist society standards, which still represents a strong visual element of the contemporary urban and social landscape of Chişinău. Regarding this, the transparency was an important feature–the FLAT SPACE apartment had no external walls. 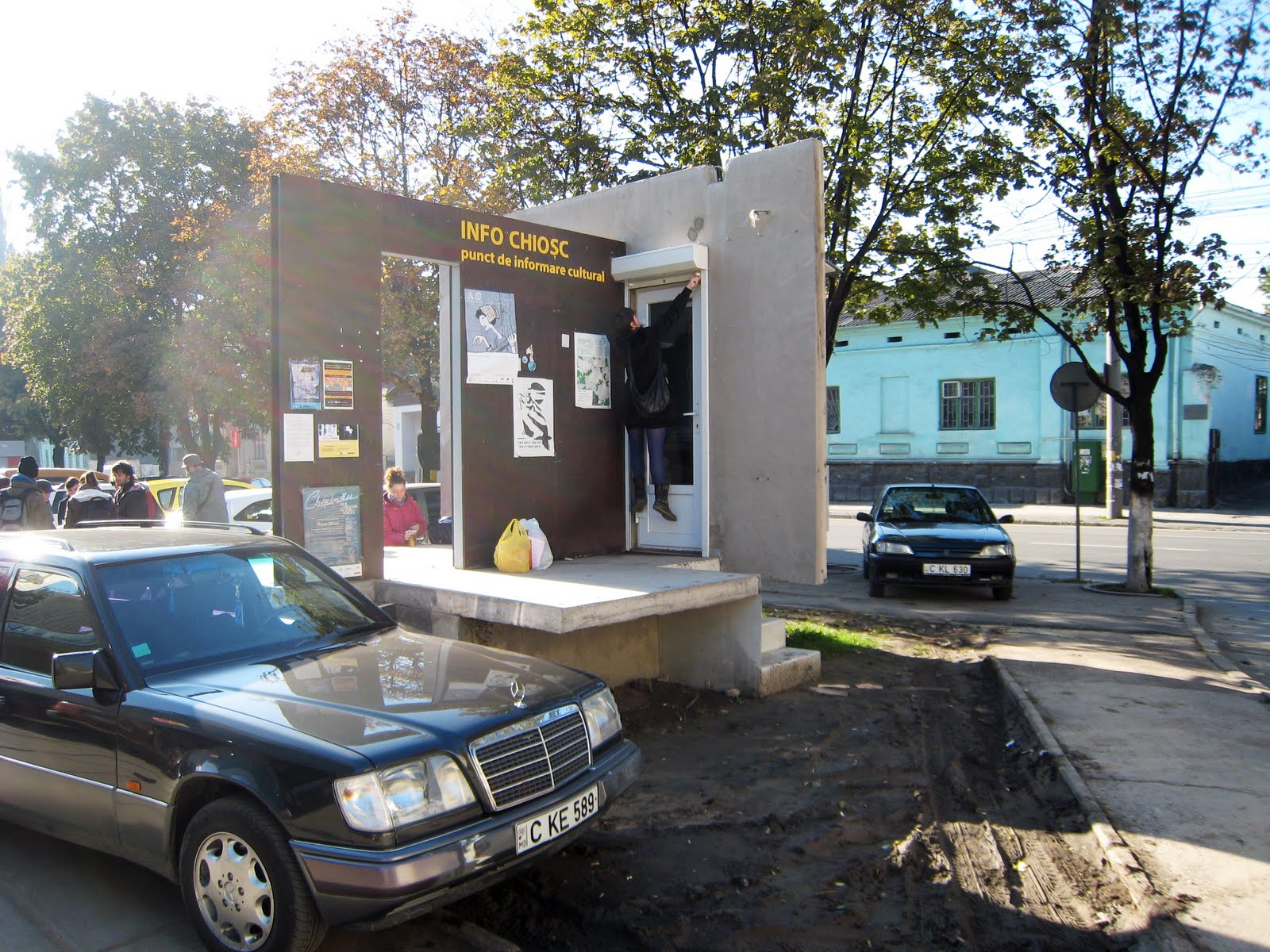 Today CHIOŞC is an interdisciplinary platform for a wide range of renowned, but also marginalized initiatives from the local to the international level, for manifestation, meeting, sharing and exchange. It offers visibility to artists, curators and cultural workers operating within the public domain.

Volunteers regularly print the various postings and tape them to the concrete wall, making the venue also a billboard for cultural events. Recent exhibitions, workshops and film screenings have targeted issues as the Moldovan recycling industry, post-socialist utopias as Havana and Miskolc, Hungarian video art and the playgrounds of Bucharest.