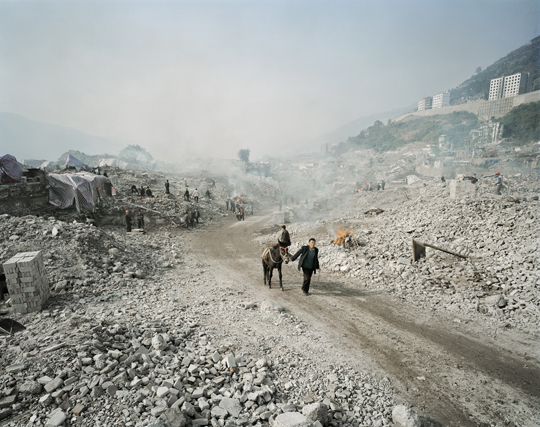 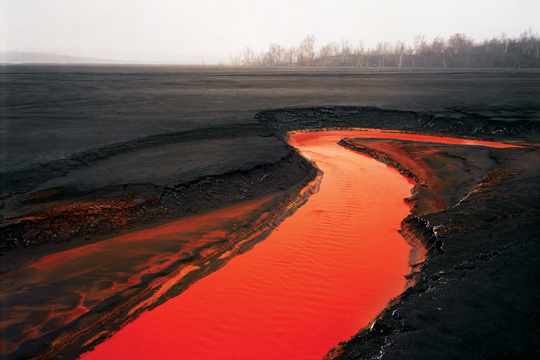 Jennifer Baichwal's film Manufactured Landscapes documents the work of Canadian photographer Edward Burtynsky, as he captures the coexisting beauty and horror of modern industrialisation. In doing so he highlights the intrinsic connections between the products and energy we consume everyday and their formative economic and ecological undercurrents. With the global population - and the demand for products that sustain a post-industrial, 'developed' way of life - higher than ever before, entire cities and regions have become factories of mass-production. Is it possible that we are now reaching an era of served and servant cities? Are global market mechanisms widening this urban division between productive, rising cities and consuming, declining cities? Perhaps the spatial nature of productive manufacturing infrastructure makes this divide readable in the urban landscape.

The results of the ever-strengthening loop of global production and consumption are designed landscapes, at a scale and speed of which we have never witnessed before. These are landscapes where form truly does follow function - terrain moulded to extract and assemble needed resources from the Earth in the most efficient way known. Such landscapes are designed to maximise profit and minimise cost, and in doing so become the engine rooms that support the hyper-industrialisation that constitutes a predominant view of development. These designs and mega-interventions are without pretence or marketing strategies, instead they sacrifice local regions for the sake of their intended benefits further afield. The sheer magnitude of factories and engineering projects captured so vividly by Burtynsky's camera lends comparison to natural ecological formations, and yet they are not at all natural. Human intervention into environmental systems has reached such a scale that it seems to be itself a force of nature - production and manufacturing that is driven by individuals around the world but with an unalterable collective power and momentum.

Burtynsky effectively nurtures the true power of his photographs by not simply showing what is happening to the Earth, but by showing what is happening to the people reliant upon these mechanisms of production for their livelihoods. Individual aspirations are subsumed and overwhelmed by the lure of employment in constructing and deconstructing the infrastructure essential to support the growing energy demands of the planet. Meanwhile the older generations have witnessed such extreme change over the course of their lifetimes that their negotiated adaptations as well as resistances become symbols of a wider struggle of 6.9 billion people, most of whom live in cities, to dwell with the greatest possible amount of security, empowerment and grace.