From Reflection to Action 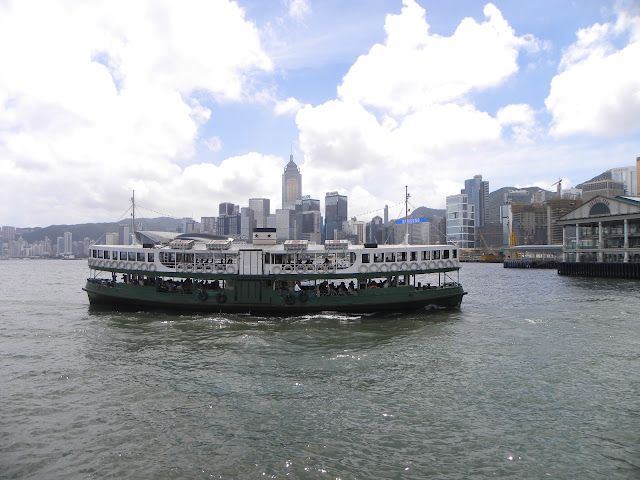 The list of favorites is finally complete, with all images and video links included. Submissions are arranged along a continuum from reflection to action, beginning with urban places as experienced through music videos, movies, and books, followed by pictures of actual places, and concluding with city-related initiatives. They include Grandmaster Flash, "Lady and the Tramp," "Repo Man," Toni Morrison, parking garages, red swings, Shigeru Ban, pop-up culture, CicLAvia, and a ferry crossing Victoria Harbor (above). Reviewing them was inspiring, and it gave me a lot of time to think about cities. While I can't make sweeping generalizations, several things stood out.

Prevailing images of cities in Hollywood movies seem to have shifted during the period roughly between "Taxi Driver" and "Sex in the City." In the 1970s, following massive suburbanization and race riots, urban areas were often portrayed as depraved wastelands. Examples include "Dirty Harry," "Shaft," "Death Wish," "Escape from New York," and "Scarface." Woody Allen movies are notable exceptions, and I know there are others, but it's easier to think of examples that coincide with this trend. Cities in film became a kind of antidote to suburban boredom in the mid-1980s. "Breakin'," "Ferris Bueller's Day Off," "When Harry Met Sally," and "Swingers," are full of interesting places. The era of yuppies and gentrification was accompanied by increasingly violent crime in urban ghettos, as evident in "Colors," "New Jack City," "Boyz n the Hood," "Juice," and "Menace II Society". Yuppie and crime worlds meet in "Wall Street," "Bright Lights Big City," and "American Psycho."

While urban crime hasn't gone away, in fiction or reality, today's big cities are usually seen as attractive places for young singles. Sitcoms like "Friends" and "Seinfeld" feature this lifestyle. New York, as persistent symbol of the modern city, is no longer racked with drugs and violence. Cars have lost some appeal in response to environmental concerns, high fuel prices, and the need to multitask while travelling. Life in big cities is becoming more and more desirable for those who can afford it. Movies like "Babel" and "Eat Pray Love" capture the glamor of global urbanism. Poverty is increasingly relegated to places with less prominence in the global economy. It is often on the outskirts of strictly controlled urban centers. M.I.A.'s video for "Born Free" is a troubling statement on the abuse of power in this context. As the most globally connected cities attract more citizens and capital, what is happening in other places? Will they become, as Kazys Varnelis has envisioned, new frontiers for DIY bohemianism? Will they become crime-ridden wastelands? How can we support the former and prevent the latter? 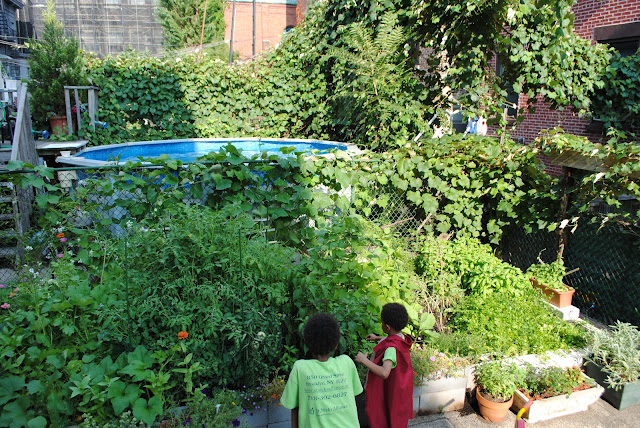 Compost for the Craig's Kitchen garden (above) was donated by the North Brooklyn Compost Project.

Urban initiatives are expanding through the efforts of concerned residents, many of whom grew up in suburbs. Their dispositions range from broad speculation to focused pragmatism — not that the two are mutually exclusive. They tend to address problems related to climate change, infrastructure, and livability. Technology is integral and, ideally, open source. It is applied toward local and global projects, from fundraising (e.g., ioby) to connecting designers with clients (e.g., Open Architecture Network). Some of these projects are refreshingly "lo-fi," with less need for prohibitive capital investment. Speculative entities inspire pragmatic action through a remarkable synthesis of ideas.

The collection of favorites tells us something about how we perceive cities and how we can help guide their development in ways that are fair, intelligent, efficient, attractive, and healthy. It also reflects the tendency of global urbanism to marginalize people and places. In light of this, I hope inclusive thinking will guide future urban development.

Credits: Each image and video is linked to its source.