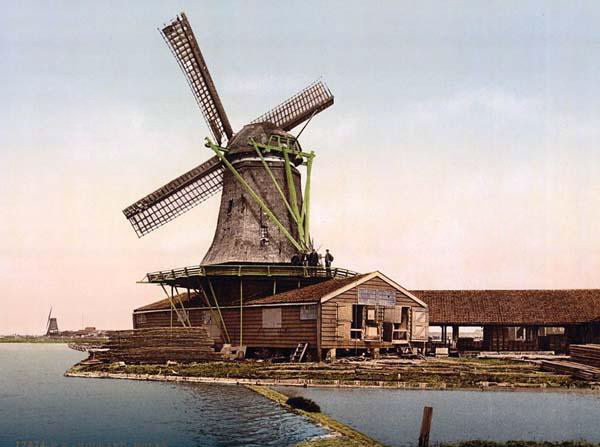 “Give Me a Gun and I Will Make All Buildings Move: An ANT’s View of Architecture” is a brief article by Bruno Latour and Albena Yaneva for the Swiss Pavilion at the 2008 Venice Biennale of Architecture. Latour is closely associated with Actor-Network Theory (ANT), which he developed in the early 1980s with Michel Callon and John Law, among others, at the Centre de Sociologie de l’Innovation (CSI) in Paris. Yaneva was one of Latour’s doctoral students at CSI, and is now a professor at the University of Manchester.

ANT is a “material-semiotic” method for mapping entities. It holds that human and nonhuman actors comprise networks that form, disperse and interact with other networks of various scales. For example, a human acts as a network of constituent parts (heart, lungs, bones, etc.), just as the heart is both an actor within this network and a network in its own right. Likewise, a human can act as part of a more extensive network such as an airplane, corporation or building. According to ANT, networks communicate through their actions. This communication can be verbal, nonverbal, intentional and unintentional.

The article begins with an introduction to Étienne-Jules Marey’s “photographic gun,” a camera designed to show multiple frames of motion in a single picture. With this as a point of departure, Latour and Yaneva make the case that buildings should be understood in terms of process, movement and transformation — continuous flows with diverse influences that can not be fully represented in Euclidian space. Instead, they imply that ANT offers a way of understanding how buildings are “lived” through dynamic relationships with their inhabitants and surroundings.

The coauthors explain how even building materials “transform themselves” over time. This borders on one of ANT’s more controversial claims: that nonliving things are able to act. Thus, building materials unconsciously resist or succumb to climatic conditions, unforeseen events, patterns of use. They act through constantly evolving networks and respond to the actions of other networks. According to this line of thinking, buildings are nonhuman actor-networks that can associate with humans through a continuous process of adaptation.

Latour and Yaneva artfully communicate the idea that buildings change through networks deeply integrated with social, cultural, economic, political and ecological processes. However, they don’t clearly explain how this works or what they mean by ANT in the title. Perhaps they included the acronym without explanation as a kind of reference for those interested in finding out more. Whatever the case, they introduce a valuable multidimensional approach to the study of cities.