Following its world premiere at the Toronto International Film Festival on Sept. 9, 2011, the final installment of Gary Hustwit's design film trilogy, "Urbanized," recently came to London with a special screening and post-film discussion at the London School of Economics and Political Science (LSE). The event not only introduced the film to an eager audience in a global city, but also provided the opportunity for a discussion among Hustwit, Ricky Burdett, Richard Sennett and Alejandro Aravena.

The film was released at a prime moment, when increasing attention is falling on urban systems and the functioning of cities. A sense of urgency has progressively ascended in light of urban population projections, ongoing environmental degradation and recent political upheaval and economic crisis, creating a rare instance in which public attention is there for the taking. Hopefully, this film grabs the opportunity to provoke critical conversations that not only include experts and politicians, but also citizens of all income levels.

The film's greatest asset is its ability to bring pressing urban issues and the changing dynamics of cities in the 21st century into a wider public discourse. By accumulating an impressive cast of prominent and innovative designers, politicians, activists, artists and academics — and packaging their statements among beautifully filmed widescreen shots from cities around the world — "Urbanized" is equal parts poetry and persuasion. 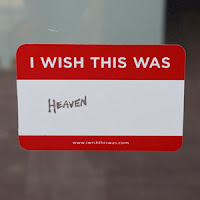 Editing more than 300 hours of footage down to 82 minutes must have been a painstaking task, but it results in a patchwork of vignettes covering a wide scope of urban and design scenarios. However, this approach necessarily forgoes the possibility of delving into any one case with enough depth to tease out the nuanced details of stakeholder relationships and their manifestations on the ground. While this is a slight let-down for an audience of academics and practitioners, the film has a broader reach and major crossover potential. By setting a high bar in its selection of interviews, "Urbanized" will push the work of creative designers and thinkers into the wider realm of public consciousness and debate.

The post-film discussion at LSE set the stage for the emergence of sometimes counter-intuitive notions that hold great potential for restructuring the way the general public views contemporary urban issues. For instance, Aravena's assertion that the most pressing scarcity in slums is of coordination, not necessarily money, holds strong potential for rewriting the way slums are viewed and approached from a design standpoint. Sennett's comment that communities with scarce resources often contain a surplus of imaginative ideas for adapting and thriving holds similar potential for building on existing capabilities in design interventions. By elevating issues of design and urbanization to the big screen and packaging them with beautiful cinematography, "Urbanized" provokes a new league of citizens to voice their ideas on shaping cities.

Credits: Photo from the Civic Center.