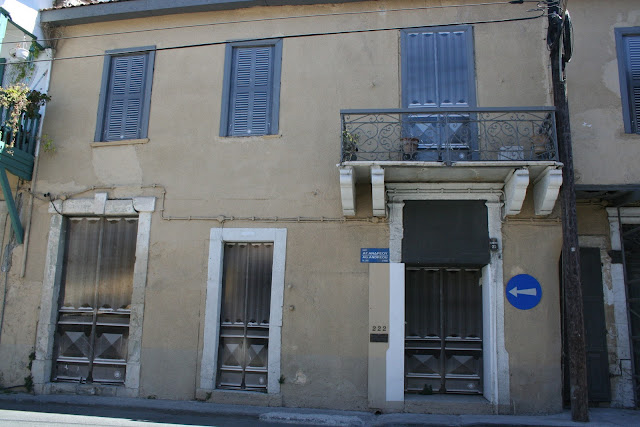 I took these photos on Agiou Andreou Street — the longest street in Limassol, Cyprus. It runs through the old town from what was once the Turkish district to the tourist district. The old town of Limassol has been extensively renewed, and a lively cafe and bar scene crowds medieval castles and Byzantine arches. Beautiful, old olive buildings are renovated into galleries, boutiques, bars and restaurants. 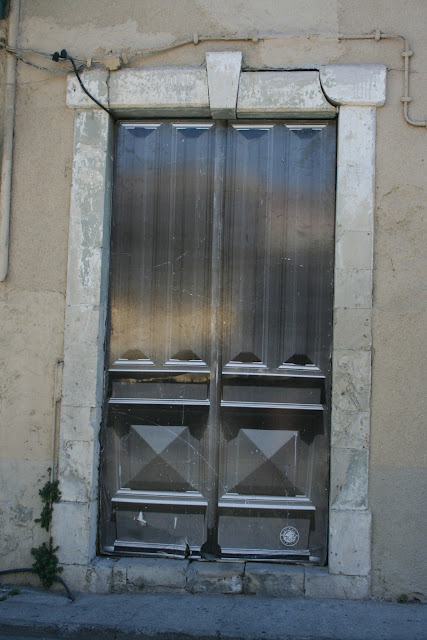 Dotted among the renovated buildings sit dilapidating ones like the one pictured. Up the street is the medieval castle in which Richard Coeur De Lion married Berengaria of Navarre in 1191, and directly opposite is the Columbus Centre, a shiny new restaurant and bar complex. This building, like many others in the district, remains conspicuously unrenovated because it may belong to Turkish Cypriots stuck on the other side of the Green Line since the 1970s. Property ownership disputes between Turkish and Greek Cypriots are common and may even extend internationally, as in the many reported cases of British investors buying holiday homes in Turkish Cyprus only to discover that their investment is actually owned by a Greek Cypriot on the other side of the Green Line. 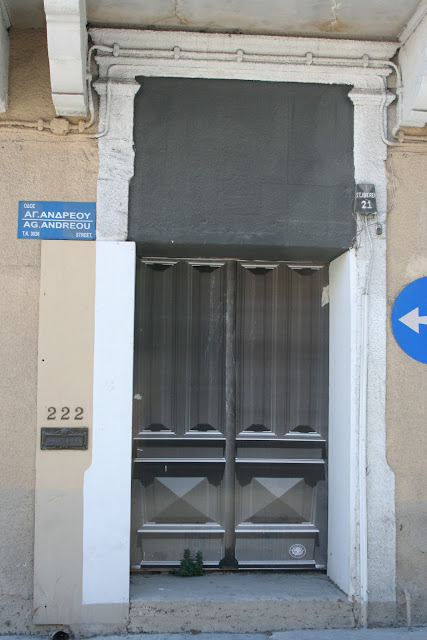 Greek Cypriot owners are unwilling to commit to renovating buildings, even in prime locations, in case the "original" owners return to claim them. Instead, they cover holes where doors and windows once were with very convincing plastic facades. I almost didn't notice that these were not real timber and steel shutters and doors. Before the plastic facades were put up, the buildings may have been a more conspicuous and painful reminder of the long-reaching consequences of the Cyprus conflict. I thought these facades were a neat symbol both of the patchy, superficial progress made so far in solving the "Cyprus Problem" and the Cypriots' desire to make the most of a bad situation and move on.

Seraphima is a researcher for New Salon.