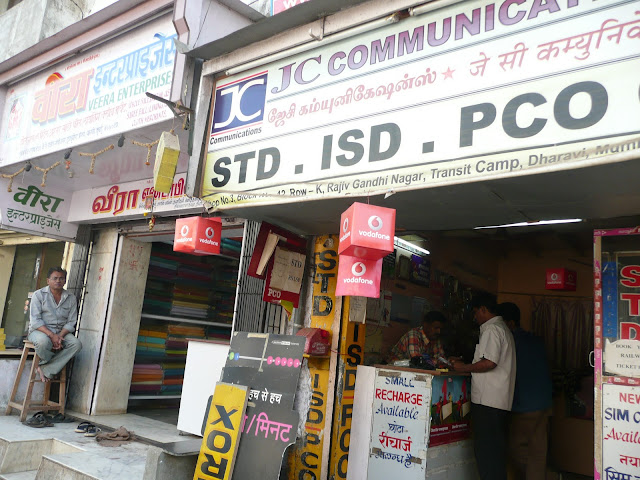 Shops along a commercial lane in Dharavi.

As part of a happenstance season in which the main players in support of, and opposed to, the looming redevelopment of Dharavi, Mumbai's vast informal township, are lecturing in various venues around London, private developer Mukesh Mehta of M.M. Project Consultants recently spoke to an audience of designers, students and academics at the Architectural Association.

Over the past several years, interest surrounding Dharavi’s redevelopment has transcended the boundaries of the directly invested actors, expanding into the public consciousness through national and international news. This is partly because Dharavi embodies "headline" challenges, such as a lack of public services and sanitation infrastructure, informal housing, unpaved roads and a high population density typical of slums. However, it has emerged as a meticulously studied case primarily due to the traits that set it apart, such as the immensely valuable land on which it has developed, high levels of community organization and vast economic output of its workforce and networks of production.

While Mehta is no longer the technical consultant to the Government of Maharashtra on the Dharavi Redevelopment Project (DRP), after his plan was scorchingly critiqued by Dharavi residents, local grassroots groups, NGOs, academics and activists, he continues to pursue and develop his proposals for the future of Dharavi. 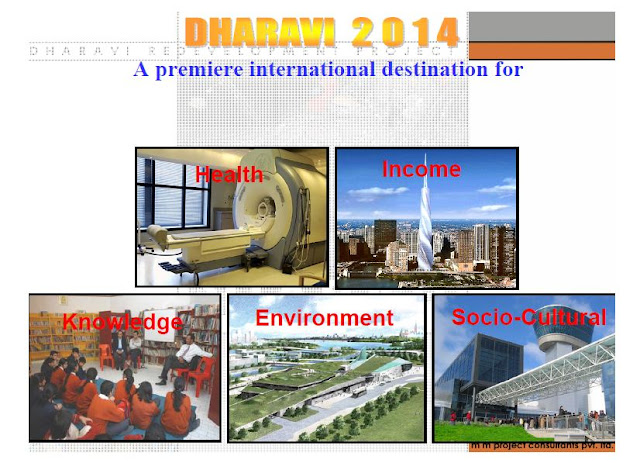 Slide from Mehta's Presentations at the 2008 Urban Age conference in Mumbai and again at the AA, outlining his "HIKES" vision.

Hinging on his construction of the idea of "HIKES" — which stands for health, income, knowledge, environment and socio-cultural capital — Mehta led his argument at AA by describing how much money the government is set to reap from his proposal without significant new expenditures, as private developers would make the bulk of investment. He then toed the line of modernist urban planning through images of an unrecognizable tabula rasa development segregating uses and typologies and housing qualifying slum dwellers into rigid, linear blocks. The degree of freedom that appointed developers and designers would have to sculpt the lived spaces of Dharavi within the logic of Mehta’s proposal remained a contentious issue. 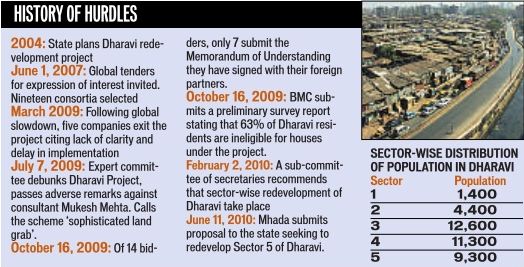 A history of roadblocks to the DRP, from the Hindustan Times (January 22, 2011).

In presentations like this, Mehta knows that he must sell his scheme to a skeptical audience. Often prioritizing fiscal feasibility (profit-generation) over socio-cultural sensitivity and inclusive design, he did himself no favors by recycling what appeared to be a presentation aimed at government officials to students at an architecture school known for its well-established record of innovation at the forefront of the global-design scene.

At presentations like this, it is difficult for many to articulate specific critiques of the DRP due to the purposefully limited scope of information presented. However, the audience was well-versed in the more contentious issues of the project, such as the number of residents that the plan excludes altogether and its lack of contextual sensitivity. Contrary to aligning with the mantra of "slum free cities" in India, the DRP and its neoliberal model of global city development would create new slums by evicting several hundred thousand people from Dharavi. It would only selectively provide upgraded housing while traumatizing the livelihoods of not only those evicted, but also those re-housed in buildings that emphasize product over process and prescriptive form over participatory design.

It remains to be seen how the redevelopment will progress on the ground. The stakes are higher than ever, as Dharavi becomes a precedent setting the tone for slum redevelopment elsewhere in India.