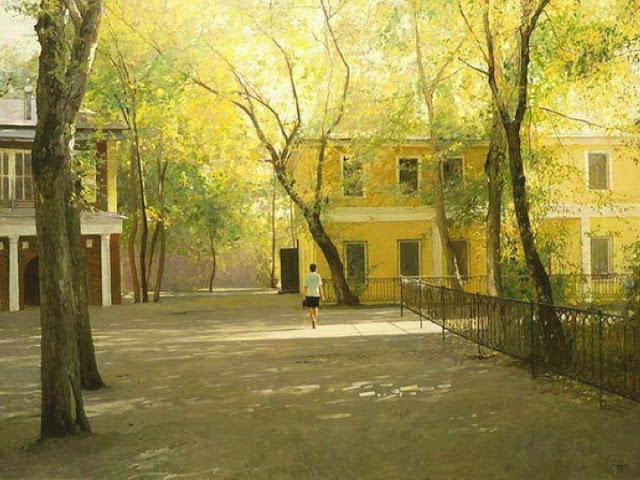 As urban populations rise and environmental concerns become more pressing, the need for green space in cities is greater than ever. While initiatives like MillionTreesNYC are addressing this need quantitatively, qualitative measures are also needed to assure that real benefits exceed liabilities over time. 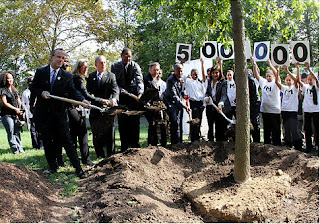 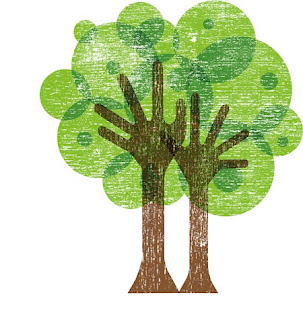 Ecological benefits of urban green space — from healthy recreational settings to carbon sequestration — are more clear than economic benefits, given the expense of maintenance and the opportunity cost of limited commercial space. However, if green space is developed based on input from local residents, the resulting quality-of-life improvements are likely to outweigh the costs. Following this logic, cities would become more attractive places to live, increasing business and tax revenues used to fund public green space. If these areas are also constantly evaluated to improve their ecological and economic value, funding is less likely to go to waste. 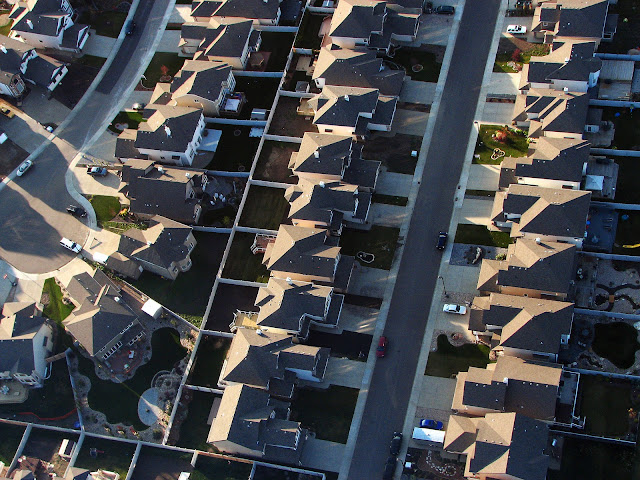 Individual yards, while effectively aligning investment with benefits, are untenable in dense urban settings, and the space they require makes driving a daily necessity. Many people appreciate the way public green space frees them from direct maintenance responsibilities. At the same time, shared space requires mutually agreeable standards for design and management. It seems that the first step in developing these standards should be understanding related strategies from the past. 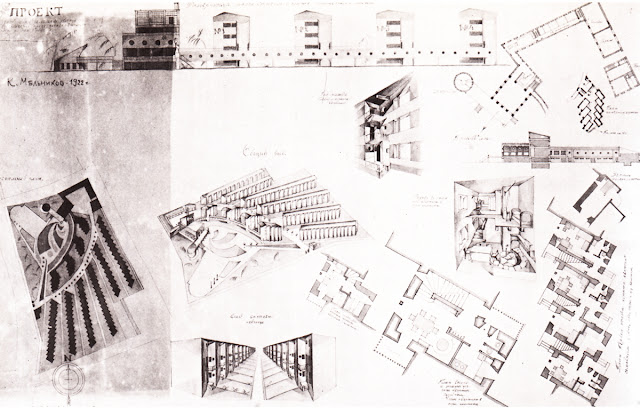 Moscow courtyards offer an excellent case study. With each ring of the city's expansion, courtyard designs change along the following general continuum: pre-Soviet (pre-1920s, located within city blocks surrounded by historic buildings like the ones in the photo at the top of the page, often publicly accessible through archways), Soviet Experimental (1920s-1930s, avant-garde designs like the plans directly above, green space generally within city blocks), Soviet Grandiose (1930s-1950s, courtyards within blocks lined with buildings designed to project grandeur), Soviet Provisional (1950s-1990s, green space surrounding buildings in microdistricts, later buildings are taller and less dense) and post-Soviet (1990s-2010s, large-scale buildings, tend to be grandiose or self-consciously non-minimalist, greenfield development on the outskirts as well as redevelopment in other parts of the city, green space often relatively private or reduced to ornamental furnishings, more parking). Housing developments reflect the ideology that guided their design with some historical continuity and almost no resident choice. They are densely populated and often include comfortable wooded areas. These areas are well cared for in many cases, but neglected and abused in others. 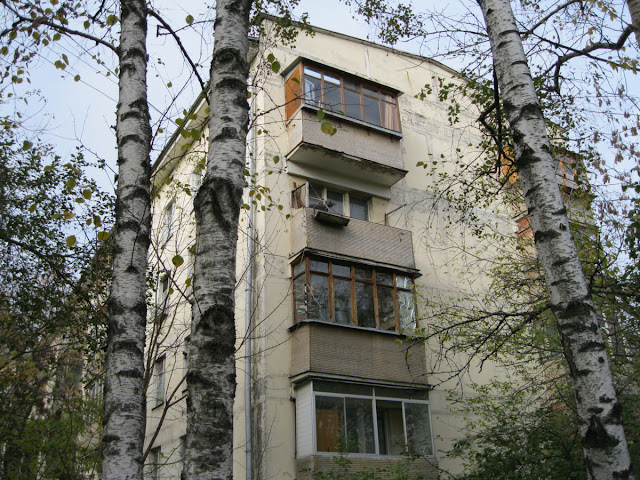 Residential green space in Moscow holds insight into different approaches to design, maintenance and use through the experience of current inhabitants. Which approaches do they find positive or negative? What ideas do they have for improving the courtyards around their homes? I'm currently conducting interviews based on these questions. I plan to use similar methods to evaluate different forms of public green space in Moscow, followed by comparisons with other cities. I hope this will be useful for urban designers and policymakers around the world.

Credits: Photo of an old Moscow courtyard from Solnechnolunnaya. Photo of tree-planting event from Harlem World. MillionTreesNYC graphic from HunterGatherer. Photo of suburban houses from Tom Young. Sketches of a Workers' Housing Complex by Konstantin Melnikov. Photo of a wooded area around a Moscow housing unit by Peter Sigrist.