Why Rio+20’s ‘Green Economy’ Approach is Not Enough 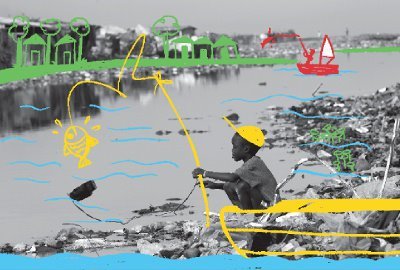 During the 1992 United Nations Conference on Sustainable Development in Rio de Janeiro, most of the world's national governments agreed on the existence of a global environmental crisis. However, this agreement did not recognize the systemic relationship between this crisis and the dominant development model. Instead, signatories of the Rio Declaration institutionalized a seemingly friendly label for a highly profitable and predatory system: sustainable development.

Caricature of the famous giant statue of "Cristo Redentor" (Redeemer Christ) in Rio de Janeiro, where the next UN Conference on Sustainable Development will take place in June 2012. Source: FASE.

By next year's United Nations Conference on Sustainable Development, also known as Rio+20, the environmental crisis will have worsened exponentially to a nearly irreversible situation, giving space to a debate that in 1992 was considered a prophecy of doom: adaptation. Biodiversity today is largely considered a lost cause, as climate change seriously threatens the global economy. Deforestation, pollution and depletion of fisheries indeed seem relatively insignificant in the face global-scale, interlinked catastrophes caused by greenhouse gases emitted by human activities.

Although the starting point for Rio+20 is a broad agreement on the threat, the dominant debate again avoids any serious questioning of the development model that is driving the globe to this catastrophic future. This time the main theme is "Green Economy," a new tag that preserves the ideology of the prevailing development model, based on economic growth that feeds unsustainable patterns of production and consumption.

The greater challenge is that an immense majority of the world's population has bought into this model and aspires to own cars, air conditioning and concrete houses in sprawled urban areas, as well as to eat meat every day, as symbols of improved social status. National governments, which lead the conference as member states, are either elected by such populations or depend on their conformity to maintain their authority.

The world cannot sustain seven billion compulsive consumers for a very long period without disrupting its climate and essential environmental elements, such as water. A green economy is only feasible in the long term if there is a significant change in the social dynamics that are pushing governments to preserve our unsustainable development model.