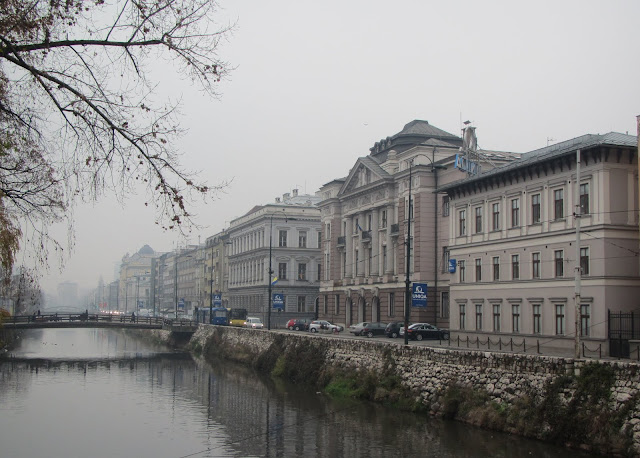 Austro-Hungarian buildings line the river that runs through the center of Sarajevo.

A few weeks ago, on Nov. 25, the Federation of Bosnia and Herzegovina celebrated Statehood Day. Earlier that week, Republika Srpska celebrated the 16th anniversary of the Dayton Agreement, the peace framework that ended three and a half years of war that had torn the Balkans apart. However, Republika Srpska doesn't celebrate Statehood Day, and the Federation doesn't celebrate the Dayton Agreement — one of many reminders that Boznia and Herzegovina are autonomously governed areas. 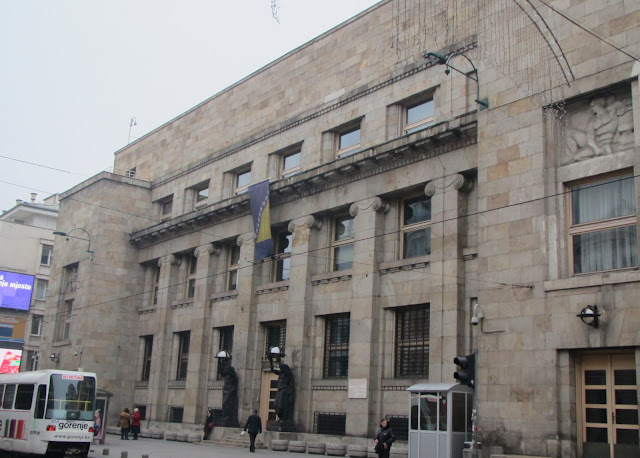 The Central Bank is housed in a 1920s Art Deco building.

As I walked through Sarajevo on Nov. 25, I saw the national flag everywhere: in store windows, pinned to small children's jackets, flying above major streets. Walking through the streets, I was reminded that the city's history reaches far beyond the pock-marked buildings damaged by war in the 1990s. I passed 18th-century buildings that have stood since Turkish rule, elegant 19th-century Austro-Hungarian apartment buildings and early 20th-century Art Deco buildings. I walked by heavy, concrete structures from the communist era and Tito's rule and newer buildings that demonstrated impressive rebuilding efforts after the war. 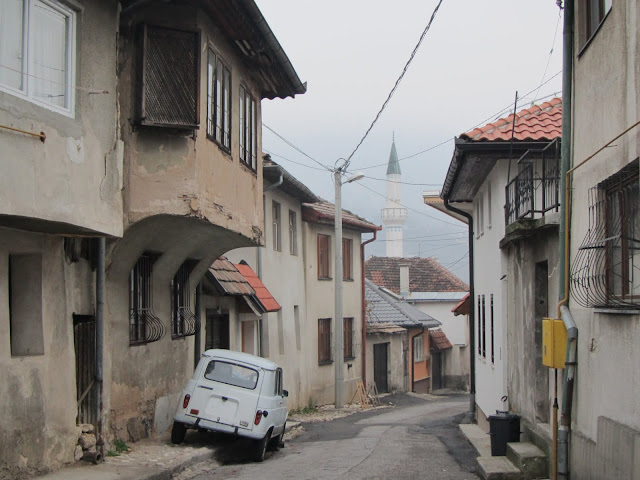 A quiet residential street with one of the many mosques that make up the city's skyline.

When exploring Sarajevo, it is easy to see only war-damaged buildings. Looking beyond these, the city's architecture reveals a long and varied cultural history.