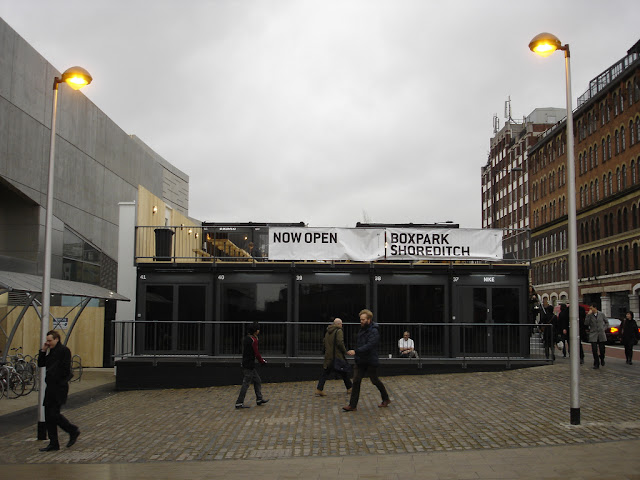 Boxpark Shoreditch, promoted as a "retail revolution", opened its doors in East London this month. Conceived as a way to revitalize a slice of urban land adjacent to the Shoreditch High Street Overground Station, it seeks to activate the latent economic and social potential of the site. The area faces the challenge of underutilized land that is simply waiting for a thorough and more permanent redevelopment, which may not occur for several years. Boxpark uses this window of opportunity to provide flexible, short-term and low-cost rental agreements to attract small, independent retailers to shops within carefully designed and retrofitted corrugated metal shipping containers. 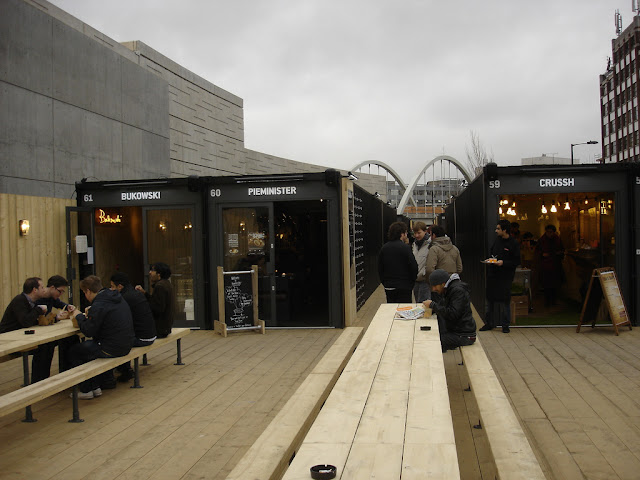 The concept and design of the project emphasizes its ability to "pop-up" and engage dormant sites, potentially as a replicable model that could adapt to neighborhoods throughout the city. Essential to this is a quick turnaround time from concept to completion, facilitated by the use of standardized shipping containers that are redesigned for each retailer and fitted out to specifications during three months. It then takes a mere few weeks to assemble them on site, creating a more dynamic, artistic and urban version of the mega-development shopping mall experience, with 60 shops assembled in only four months.

There are debates over whether retailers renting the containers are too corporate and whether Boxpark remains true to its concept of offering an independent alternative to mainstream High Street brands. But it has successfully implemented a quick, yet substantial design intervention in the city. The project's true potential lies not in creating another space of consumption and transaction, but in provoking questions on the suggested use and unique qualities of the site over the next few years, informing its future redevelopment. Viewing "pop-up urbanism" in this light — as a means of inquiry into the assets and constraints of urban sites — it holds the potential to feed into future redevelopment plans, promoting an evolution of responsive urbanism. 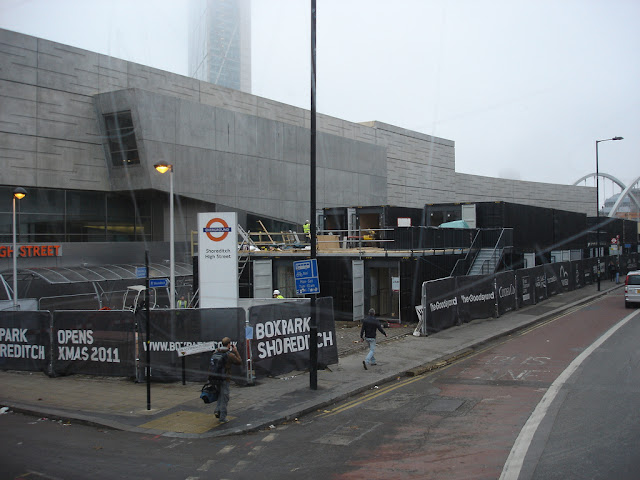