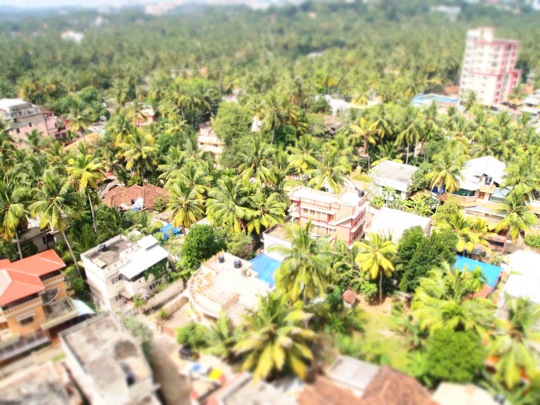 London. New York. Tokyo. Paris. Mumbai. Chicago. We all know that these cities are big and powerful, and that we are now living in a truly "urban" world. Few students of cities, myself included, have been willing to take the leap outside of "big city life" and venture into the relatively uncharted territory of the "small city." For many urban dwellers, it is a sad day when we have to leave the city limits. 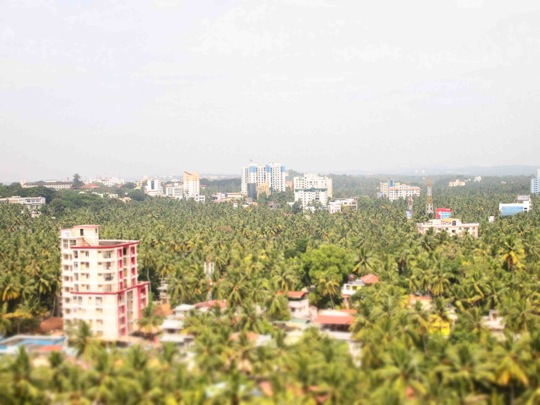 My day came about two months ago, when I moved to the South Indian city of Thiruvananthapuram (or more simply Trivandrum) in Kerala, my home for the next year. I am renegotiating my understanding of the "city" in a place that is still negotiating its own idea of "urban-ness."

Trivandrum is an expression of the"rest" of India’s idea of urbanization — beyond the Mumbais, Delhis and Bangalores — with a distinctly Southern flavour. It is still in its infancy, trying to figure out what this "city" business is all about.

From the sky, Trivandrum looks like a forest with a gentle dusting of high-rise apartments. The view of the tall palms is both spectacular and confusing: For a place that is supposed to hold a population of 750,000, the city looks more the part of an overgrown village. But somewhere beneath all of the green, there is a city of bustling markets, traffic-ridden streets, chain restaurants and a string of home-grown big box stores. 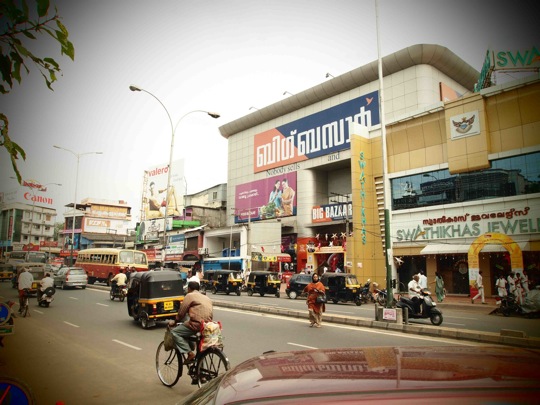 There is a beautiful heritage in its architecture, an amazing sense of the highly politicized Keralan population (with a nearly permanent set of chairs for protesters who gather and chant daily in front of the State Secretariat), and everywhere there are constant reminders of the state’s "communist" and "Marxist" politics. 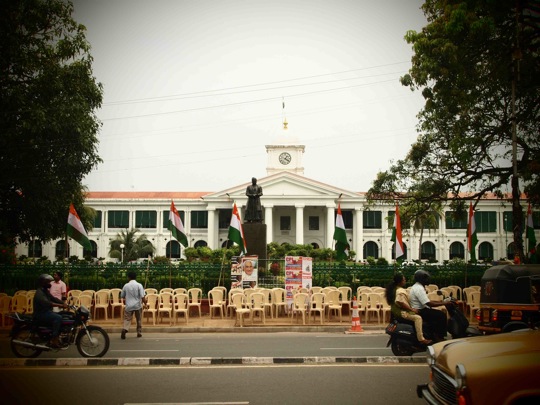 For those of us who have lived in India's bigger urban centers and become versed in contemporary issues with Indian cities, Trivandrum seems to sing to a tune of its own. Kerala has often been touted as India’s golden child, with a relatively high standard of living, lower poverty rates and literacy rates comparable with those of a developed nation. Trivandrum appears to live up to such expectations, with less visible extreme urban poverty, although it may just be a matter of time before these issues emerge with the steady growth of cities in Kerala. 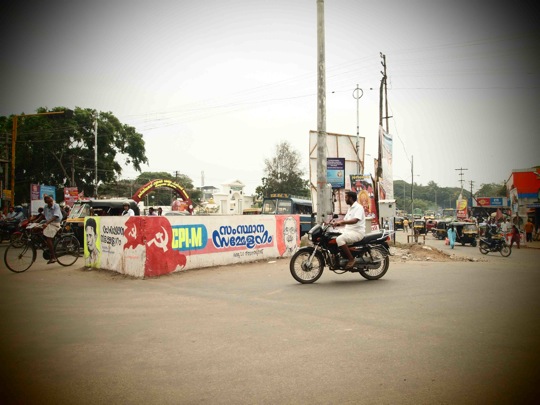 There are signs of change already. Trivandrum has slowly been revealing a new face through infrastructure upgrades and marketing for prospective investors in the IT field. The Trivandrum Technopark, the first of its kind in India, has been largely successful and similar projects are popping up elsewhere in Kerala. 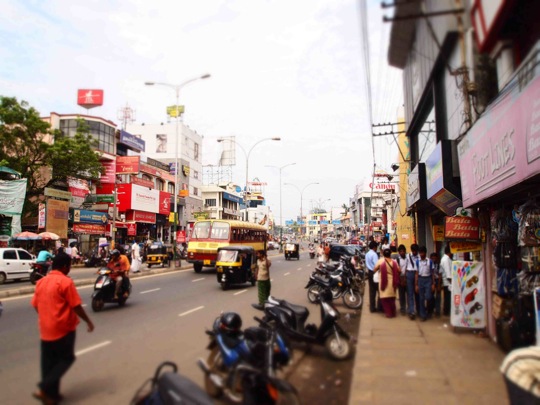 However, the future is uncertain. A challenging global economic climate has rendered the Malayali Diaspora of Persian Gulf workers unemployed, and they are coming home to a Kerala that is not yet ready to employ them. Cities such as Trivandrum are poised to be centers of growth, and substantial transformations may be on the way. But in terms of urban living, Kerala adheres to its own social realities, where norms are conservative and very much based on village life, and a true sense of urban awareness is still being negotiated. In comparing Trivandrum to bigger Indian cities, there is a sense that people are subjected to a subtle form of social policing. Youngsters, for the most part, do not mill about on the street, young couples are rarely found "hanging out" together, and public spaces are largely empty.

My initial observations have shown that Trivandrum, while a vibrant place of protest and politics, has little regard for or understanding of "public space." My Malayali friends who are researchers here suggest that, like the majority of India, the idea of living in an urban world is still quite foreign, and Trivandrum is continuing to figure itself out.