A Sculptural Response to the Wall Street Bailout 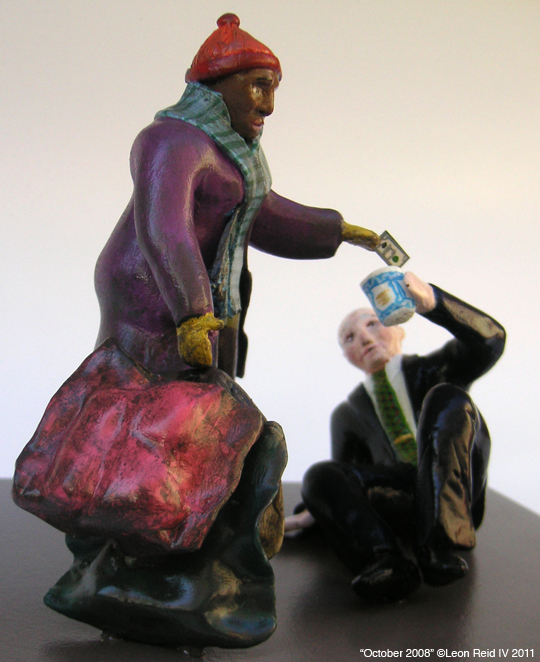 "OCTOBER 2008" is the title of my new limited edition sculpture — a satirical jab at the 2008 bank bailout where tax-payer dollars went to prop up the tax-exempt elite. The sculpture shows a panhandling Wall Street executive accepting cash from a homeless woman. 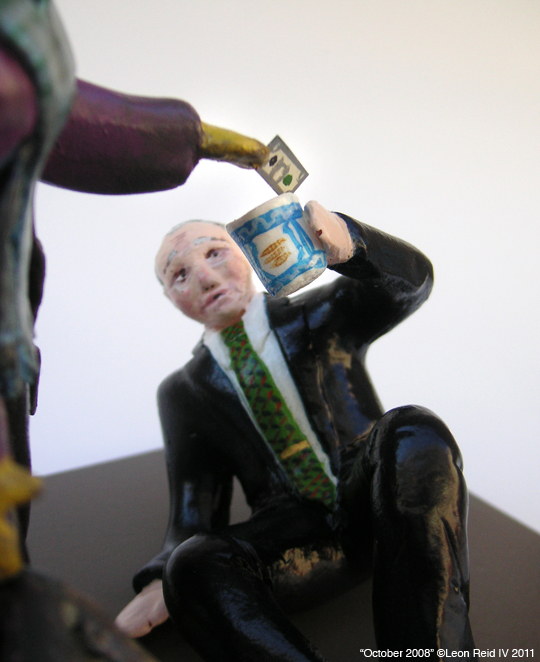 The concept came to me in the summer of 2011, and I planned its release in fall to coincide with the three-year anniversary of the "Emergency Economic Stabilization Act of 2008." The casting/molding materials to produce the piece were a bit over my production budget, delaying the release by several months. The resilience and sacrifice of the global OWS movement truly inspired me to ante up and bring the work to life. My message to the global struggle: Thank you for setting a positive example, keep fighting the good fight.

Leon Reid IV is an artist based in Brooklyn. More information on his work can be found at leonthe4th.com.