Highways Above Villages in China 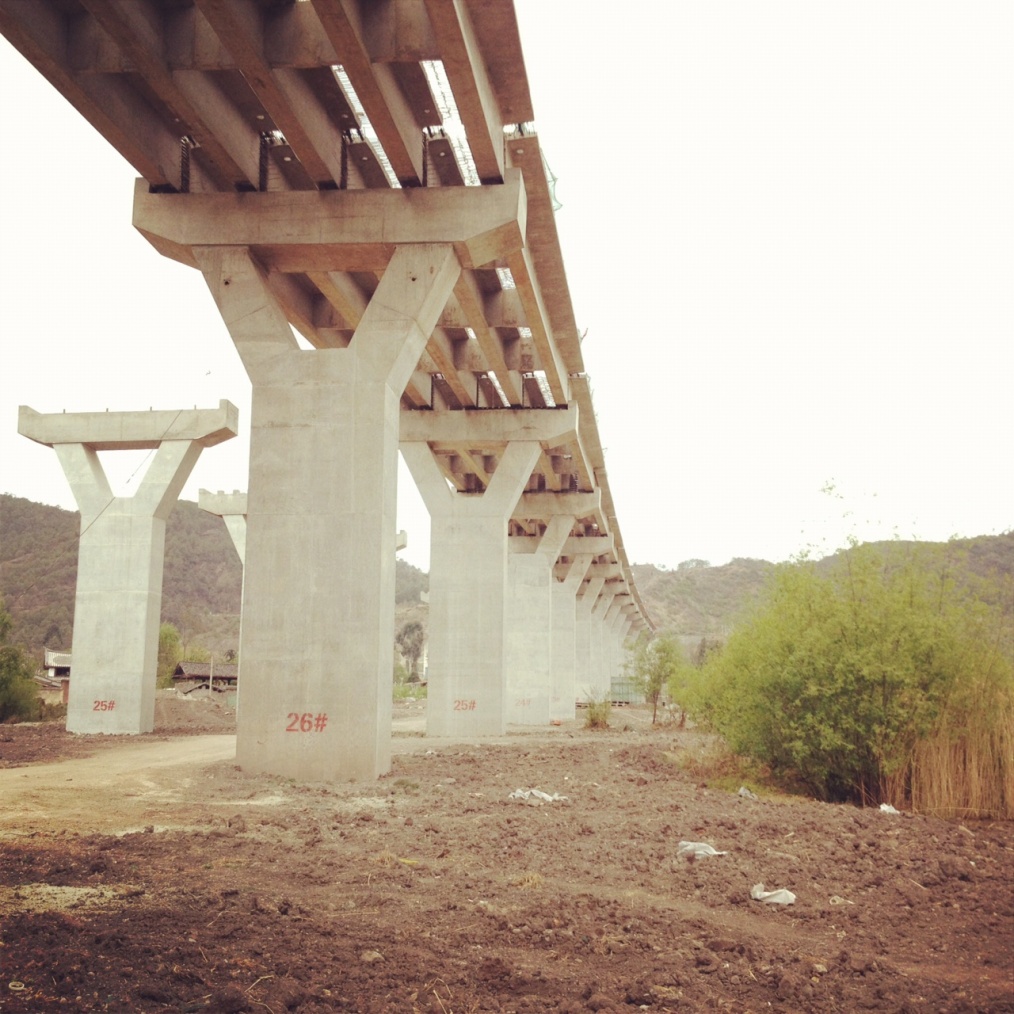 In the last decade, China's fast-paced urbanization and construction boom has made a visible impact on its urban and rural landscapes. Cities have overtaken agricultural lands and greenfields. A monotony of residential slabs and a steady competition for uniquely shaped, ever-soaring towers perpetually remake skylines in every city. 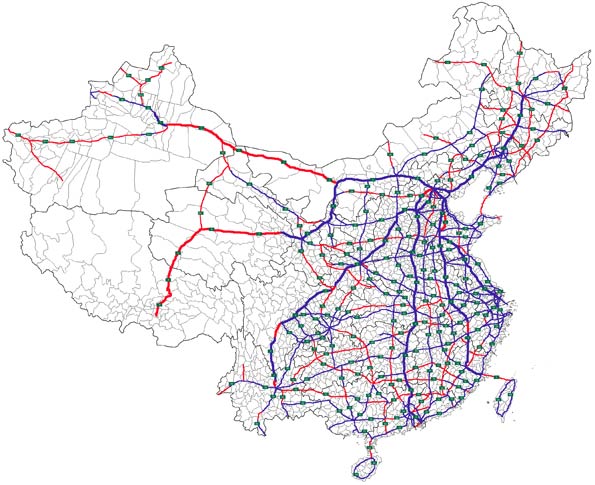 Less visible, but just as dramatic, is the country's highway expansion. In 2011, China's intercity motorway system surpassed that of the United States to become the longest in the world. Remarkably, most of this 53,000-mile network has been built in the last 10 years. And it is ahead of schedule — the Chinese government has already met its goal for 2020. By comparison, the 57,000-mile U.S. highway system was largely built over the course of 30 years. 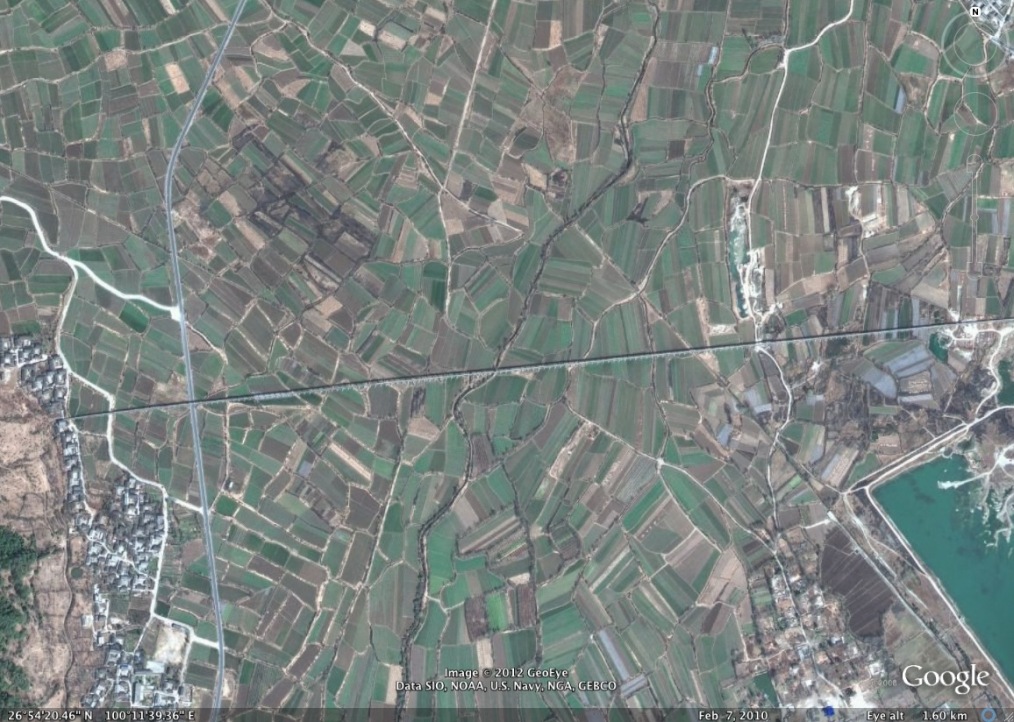 Interstate expressway west of Lijiang, China (above and below). Source: Google Earth 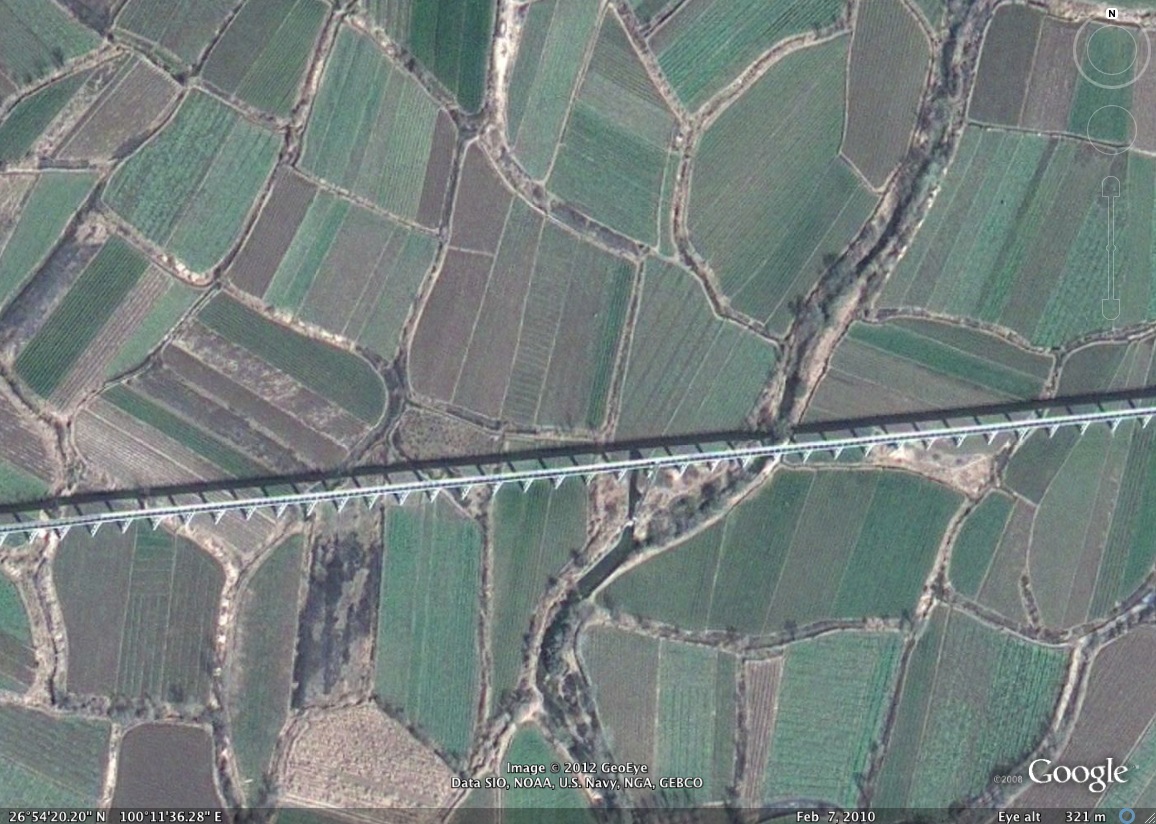 This rapid highway roll-out has enabled the expansion of cities and powered economic growth. It has also brought development to remote areas and increased the mobility of the country's migrant workers. Of course, road infrastructure always comes with environmental degradation, increased traffic and pollution. 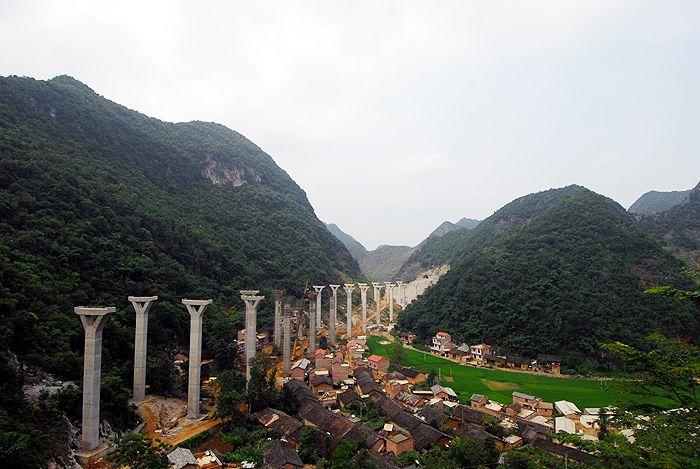 Construction of an interstate expressway over villages in Yunnan Province, China (above and below). Source: Skyscrapercity 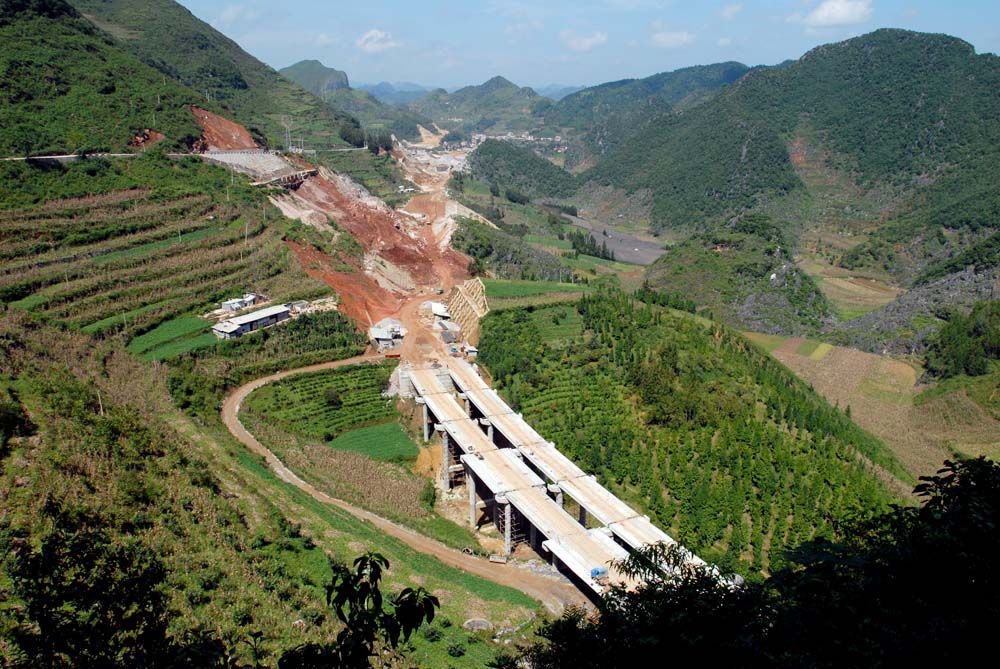 On a recent trip through Yunnan, it was not uncommon to see entire mountainsides blasted away just to create a narrow perch for a new four-lane road. The vision of an endless thread of highway splitting the landscape no longer belongs just to the U.S. or Germany. The Chinese versions take the uncompromisingly straight axis of high-speed travel to laser-like extremes. Topography is conquered by bride-to-tunnel-to-bridge sequences. A highway coming out of the mountains to cross agricultural plains floats on towering columns for miles, gradually descending to the villages on the valley floor. 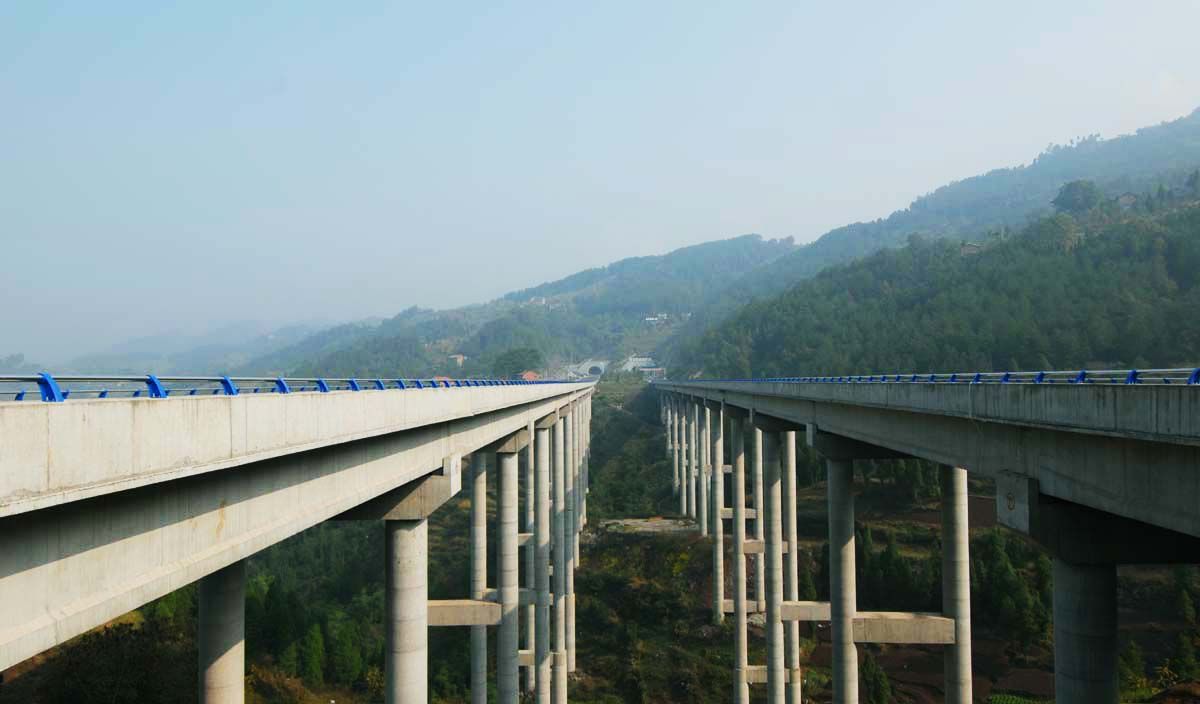