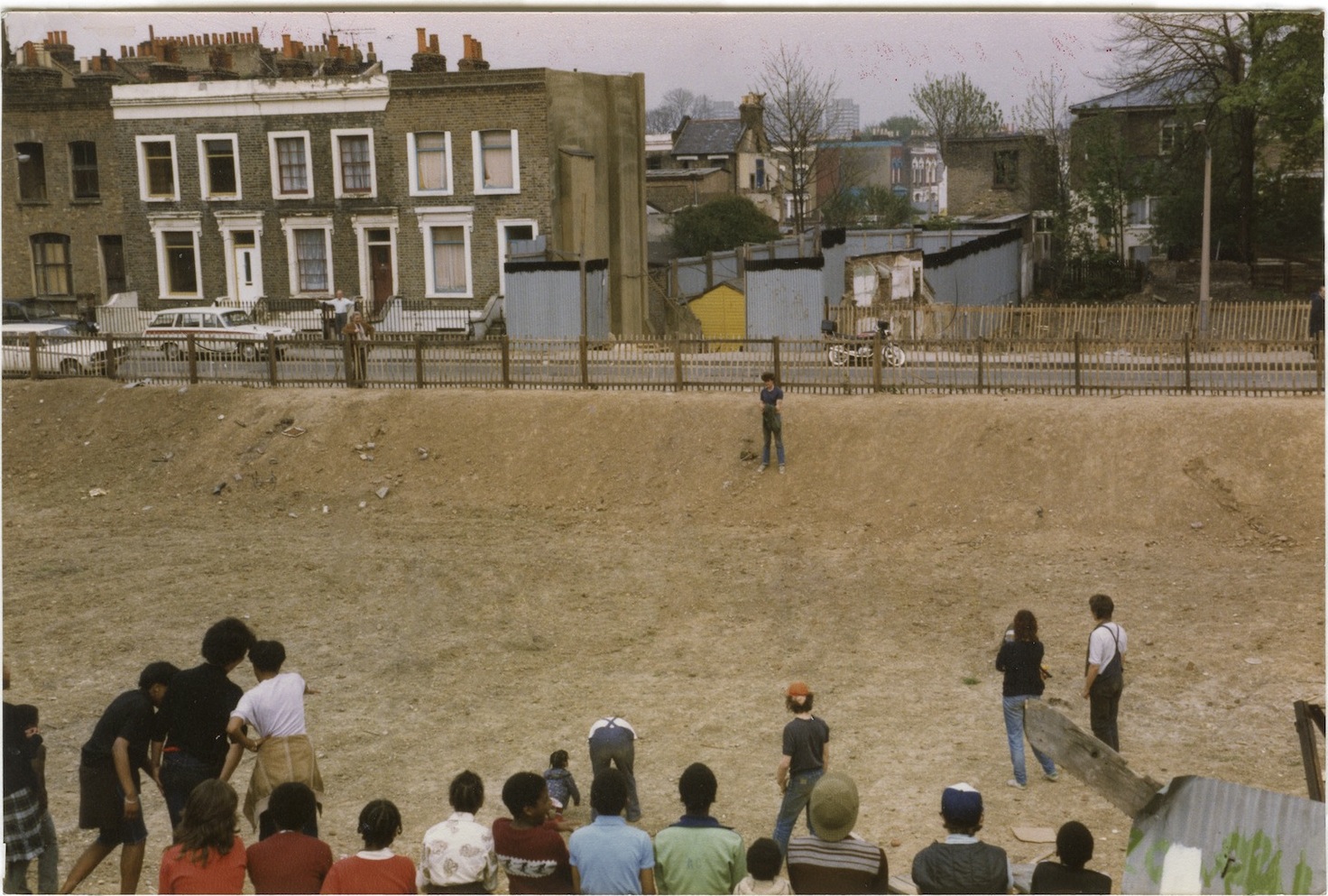 “In the late 1970s, a group of people living in the east London borough of Hackney began building a structure on a derelict lot in their neighborhood. They continued building until 2009. The story of the project’s origins is shrouded in mystery, but what is known is that, because the residents couldn’t decide on what they wanted to build, they made three rules. The first was that, not only would they build without any plan or blueprint, they would not discuss the direction of the project at all. Second, when they were on the building site, no one was allowed to speak — at all. Third, the building would never be completed, because anyone at any point could decide to take it in a new direction. The structure was continually built under these conditions for thirty years.”

This story inspired Swedish artist Emanuel Almborg to stage a similar event on the island of Gotland in the summer of 2010. He created a situation with the same rules that were followed by a group of 11 people, including himself. The group used no written or spoken words for the entire time they were on the island. The were simply living and building together without a plan or goal. 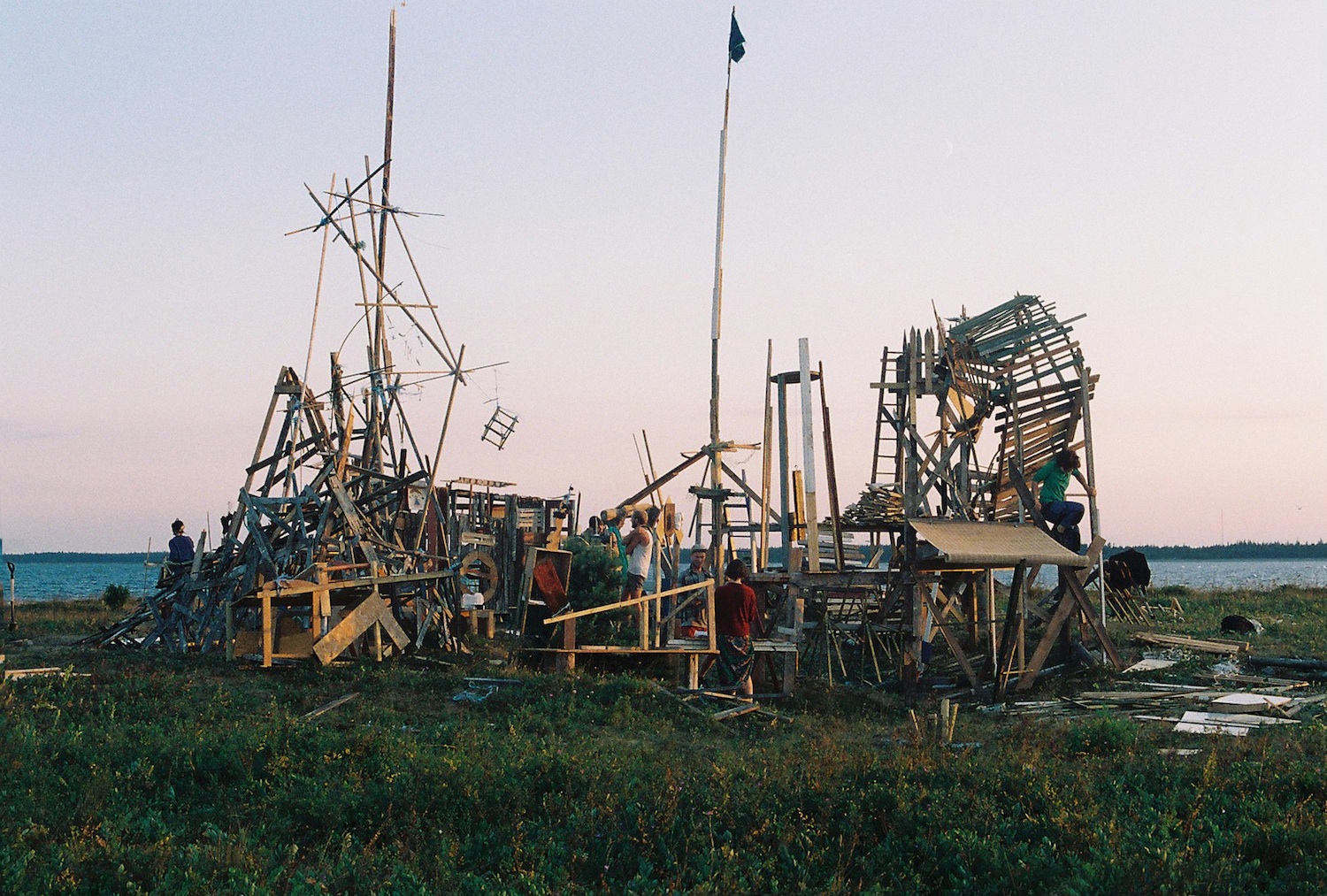 Scenes (above and below) from the film “Nothing is Left to Tell” by Emanuel Almborg (2011). 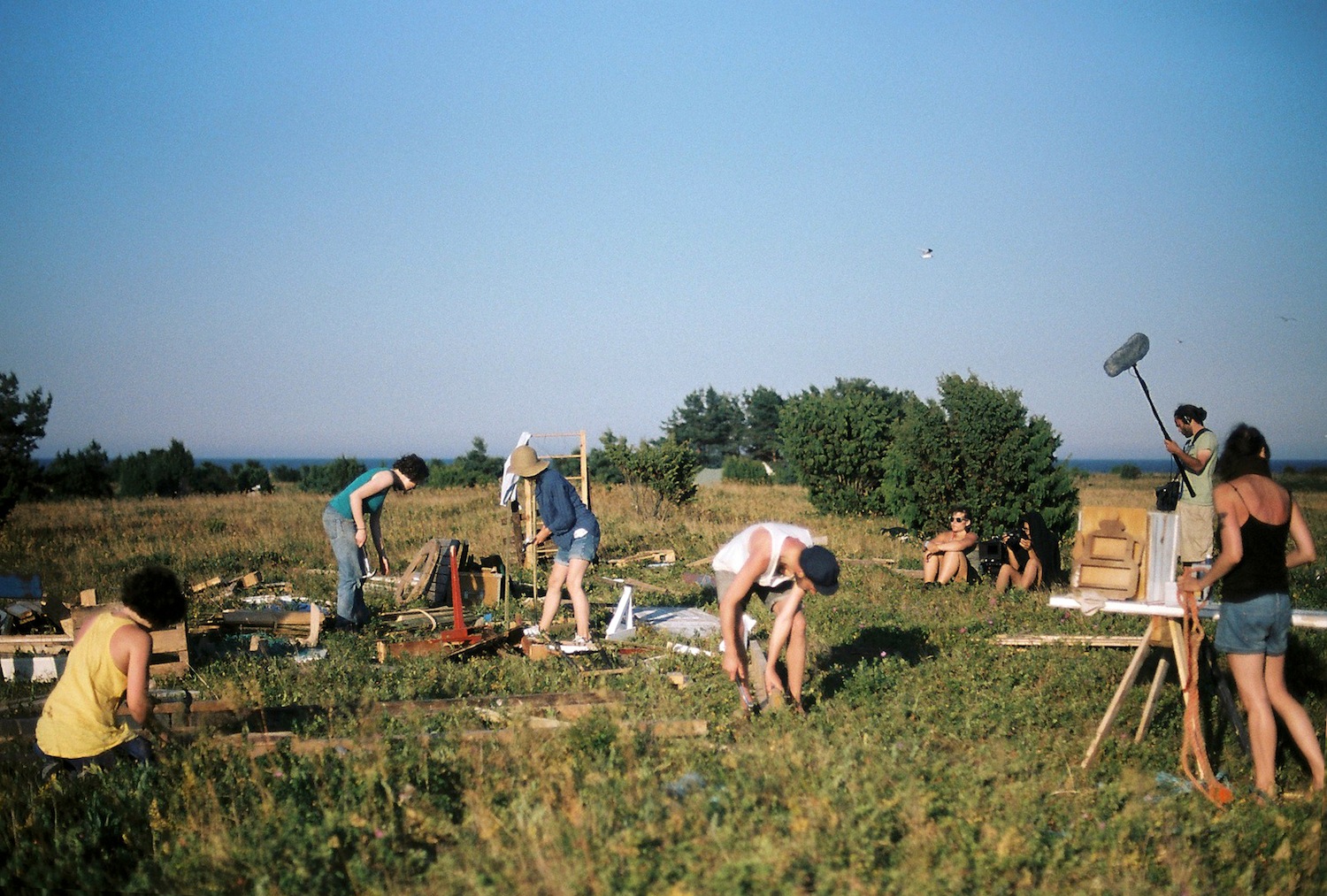 “That Which Follows,” an exhibition on view at Konsthall C until May 6, includes films on both projects: “The Rest is Silence” (2009) focuses on the community in Hackney, and “Nothing is Left to Tell” (2011) documents Almnorg's experiment at Gotland. 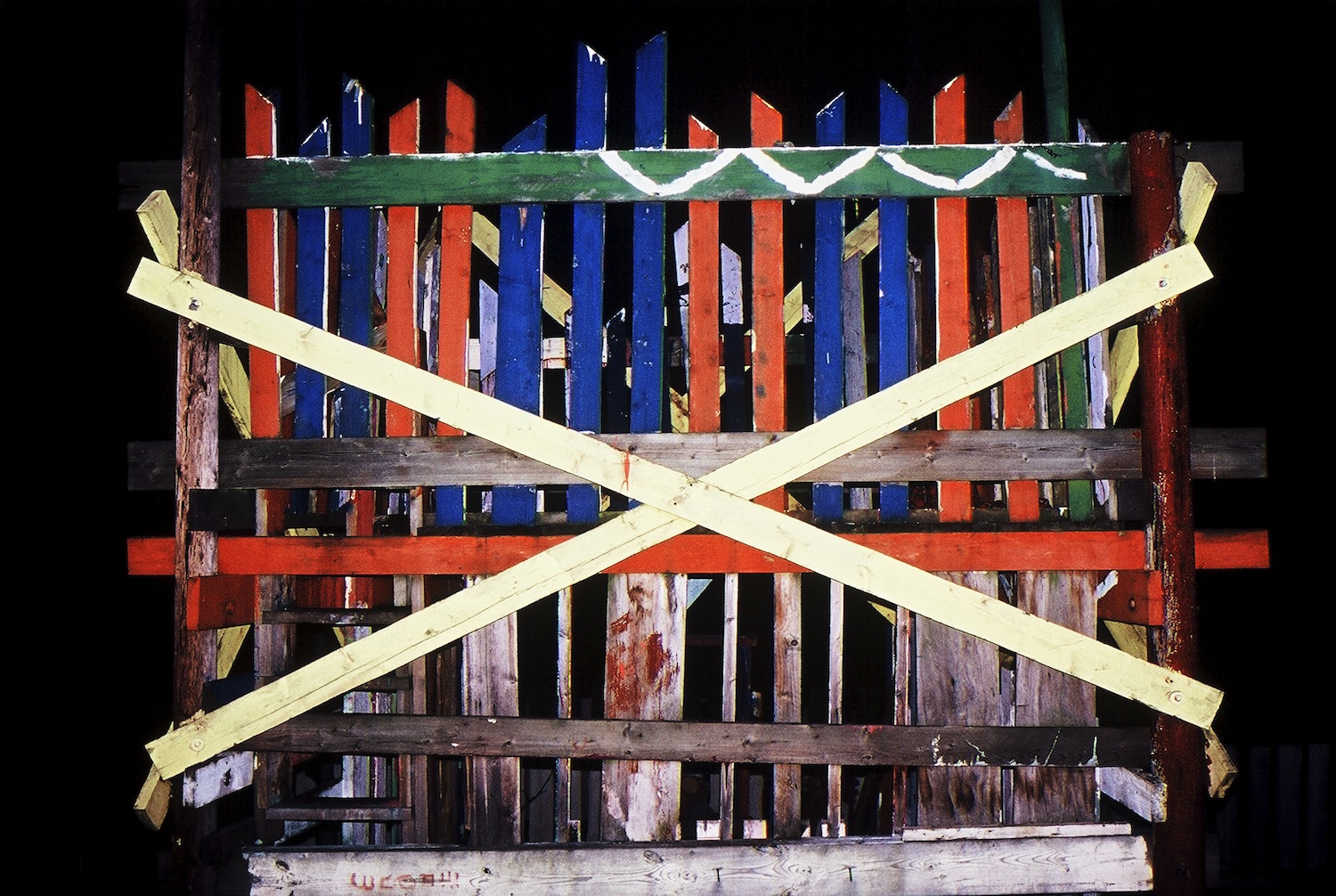 A structure from the Hackney project, as depicted in “The Rest is Silence.” 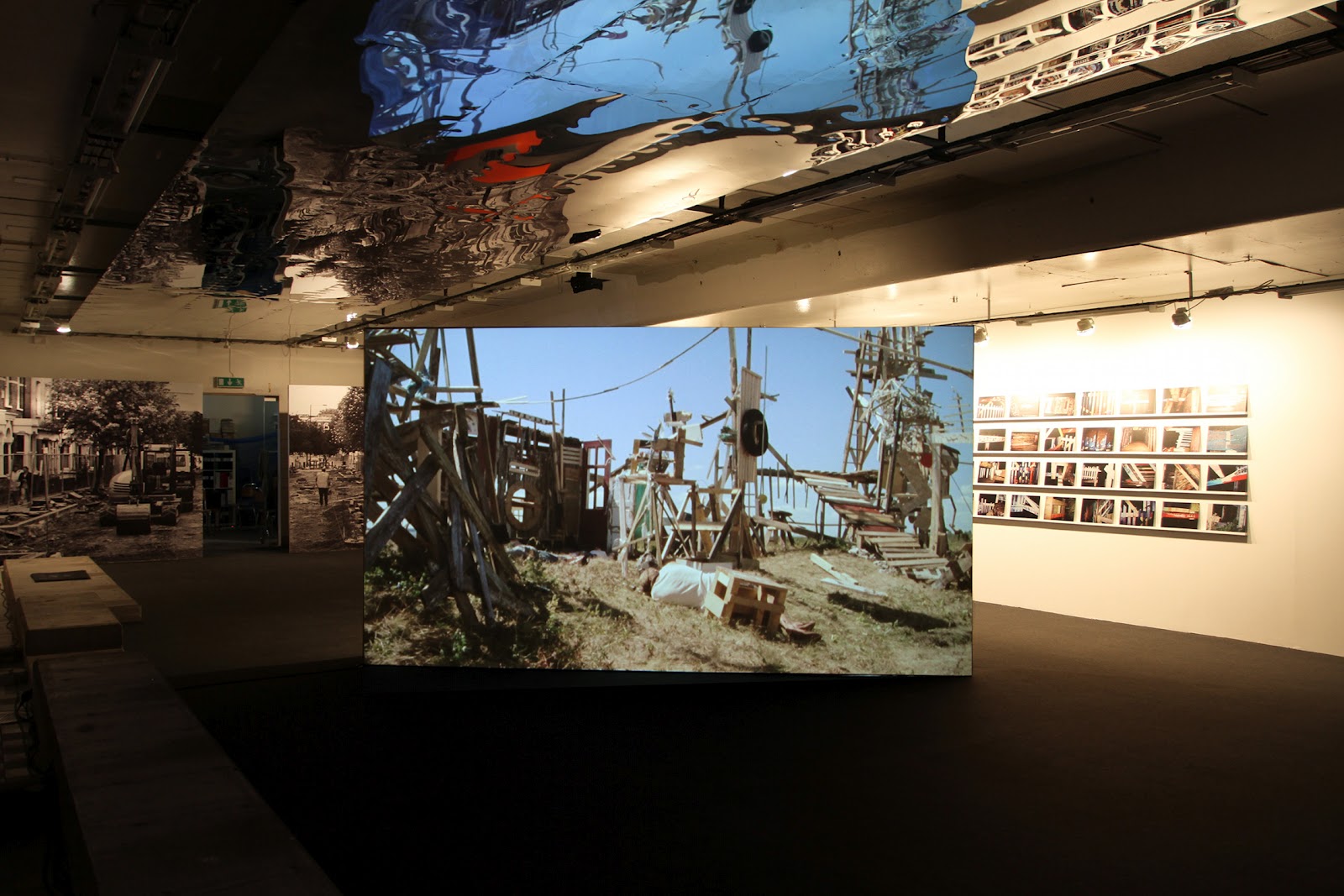 The exhibition “That Which Follows” at Konsthall C in Stockholm.

Through the wordless communication of these transitory communities, the multimedia exhibition raises questions of identity and collective creativity in a fascinating way.