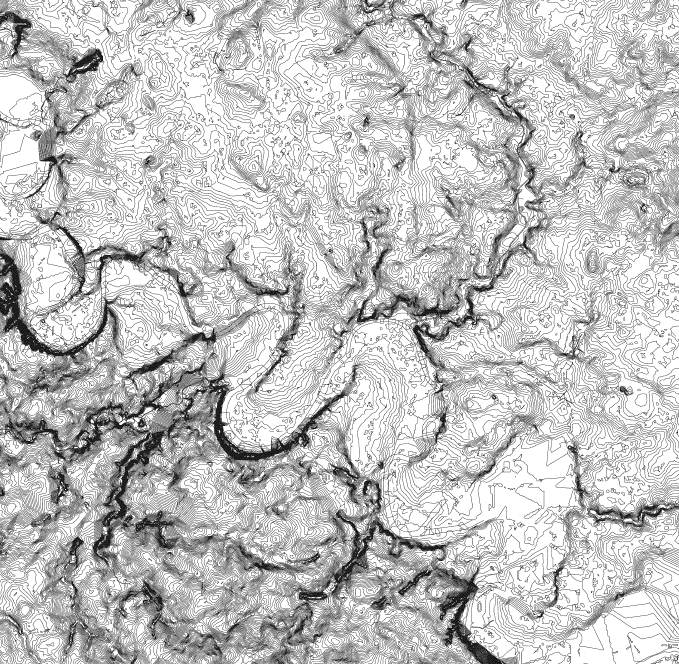 A group of students from the Moscow Architectural Institute recently completed an "inventory" of the Russian capital using public data and Google Earth. They focused primarily on the territory beyond the historic center, explaining that it makes up 90.4 percent of Moscow's area and accommodates 92.7 percent of the population. Their report is titled "Old Moscow Inventory 2011" [PDF] in reference to the impending annexation of 148,000-plus hectares to the city, more than doubling its current size.

The report contains detailed statistics on Moscow topography and land use, including housing, abandoned industrial sites, watersheds, transportation and parks. The students disassembled, quantified and reassembled the city in different forms to visualize key findings. There are some remarkable examples of minimalist information design. While the frequent extraction and grouping of related items in the report is useful for comparison, it would be more informative if they were highlighted in context. This, along with the numbered catalog system and sometimes ambiguous headings, might be improved by presenting the inventory via an interactive map.

Yury Grigoryan, one of the instructors who guided the project, describes it as a momentary sketch of a city on the verge of massive change. He considers it a step toward thoroughly evaluating Moscow's current state and making the information publicly accessible, explaining:


This kind of work should be done by the Genplan Research Institute before working on the General Plan for Moscow. But that agency is very closed, and we don't know what information they have or don't have. That, of course, is fairly strange — to hide the maps of Moscow and detailed plans of neighborhoods. It would be nice if they were open to the public, then any specialist could do a general plan for the city.

While that may seem unlikely, adding more information about Moscow to the public domain could substantially empower citizens toward improving their living conditions.

The report lists only one source of public data (Bureau of Technical Inventory), and it doesn't appear to be easily accessible online. The state unitary enterprise MosgorBTI and various directories and commercial services were the closest I could find after a quick search. I will be checking more thoroughly over the next few days.

Despite the "beta" nature of the inventory, it is a valuable exploration of present conditions and future possibilities in Moscow. Ideally, it will someday be combined with an online map equipped with transparent real-time data.