Malaysia’s Bersih 3.0: Protest in the Age of Social Media 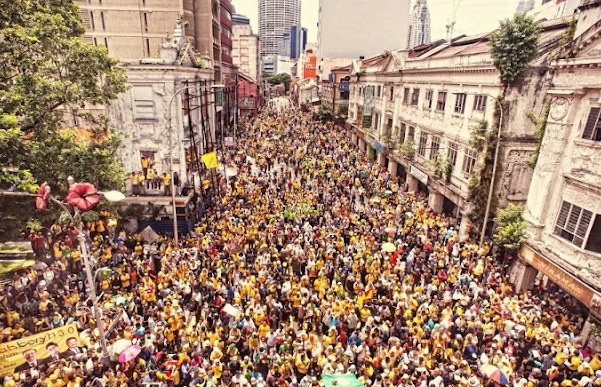 Thousands of Malaysians took to the streets last weekend, calling for electoral reforms at Bersih 3.0 rallies in Kuala Lumpur and other cities throughout the country. The movement's moniker plays on the word bersih, which means "clean" in Malay. Its yellow T-shirts are an appropriation of the color that represents the country's monarchs, within a political system modeled on parliamentary democracy.

This year's rallies mark the third wave of a series that emerged in 2007. Protesters are demanding fairness and transparency in the upcoming elections. These rallies have been repeatedly denied legal sanction, to much controversy, and have been dispersed by riot police with water cannons and tear gas.

For many young Malaysians, participation in persistant rallies of this magnitude is unprecedented. Within the global consciousness, Bersih 3.0 takes place amidst an upswell of memes around dissent and civil society, drawing comparisons to the Arab Spring and remixes of the Occupy theme.

Equally striking, particularly for Malaysians living abroad, is the brave new world of connected cloud protest: the solidarity of watching Facebook profile photos turning yellow over the weekend, the continuous live feed of status updates, photos and videos, and a global platform through which to organize peaceful, nearly simultaneous rallies across 85 cities where Malaysian communities reside. 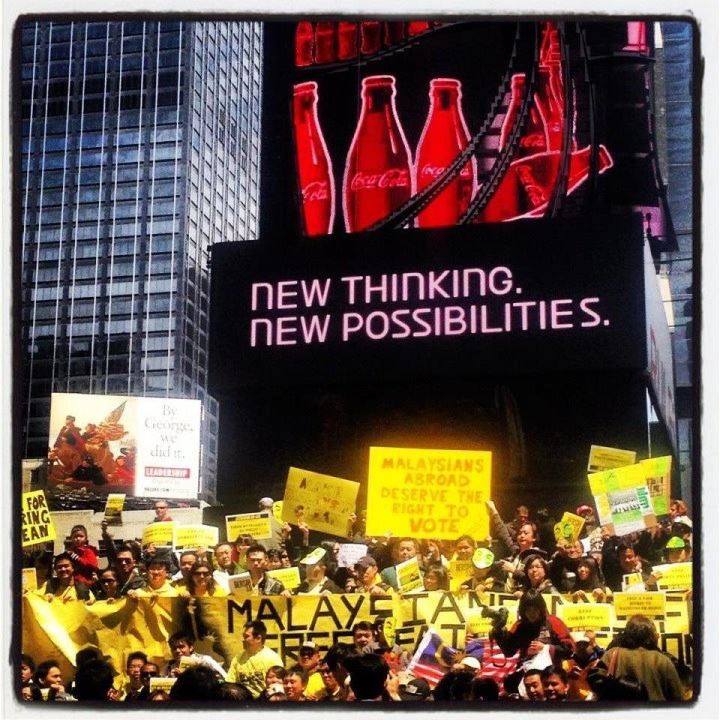 Use of the internet and related technologies — the web, social media, broadband telephony — in grassroots movements allows us to redefine the age-old aphorism of strength in numbers. Most importantly, it empowers us to be engaged citizens, even when far from home. Still, many argue that "soft protest" is a pallid facsimile of the commitment required on the ground, along with its potential risks. Perhaps the digital pen can be as mighty as the proverbial sword, even as political bloggers around the world are banned from returning to their home countries and websites are blocked in attempts at suppression.