Visualizing Race and Foreclosure in Oakland 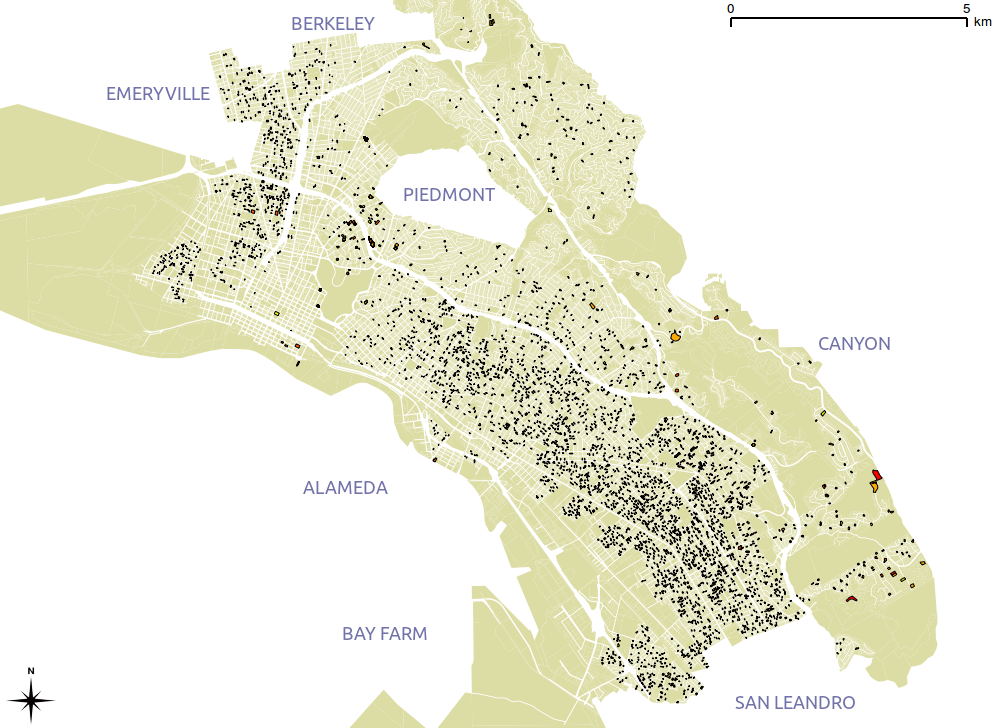 Maps offer a compelling view of trends that influence the social life of cities. A set of carefully crafted maps by Pietro Calogero reveals a story of racial displacement in the aftermath of California’s housing crisis.

Calogero begins his analysis with the image above, marking the location of foreclosures across the city of Oakland. Patterns of concentration show higher foreclosure densities in west and southeast Oakland — the industrial areas of the city. Areas of lower concentration appear in the east, primarily in the affluent residential neighborhoods along the Oakland Hills, overlooking the San Francisco Bay. 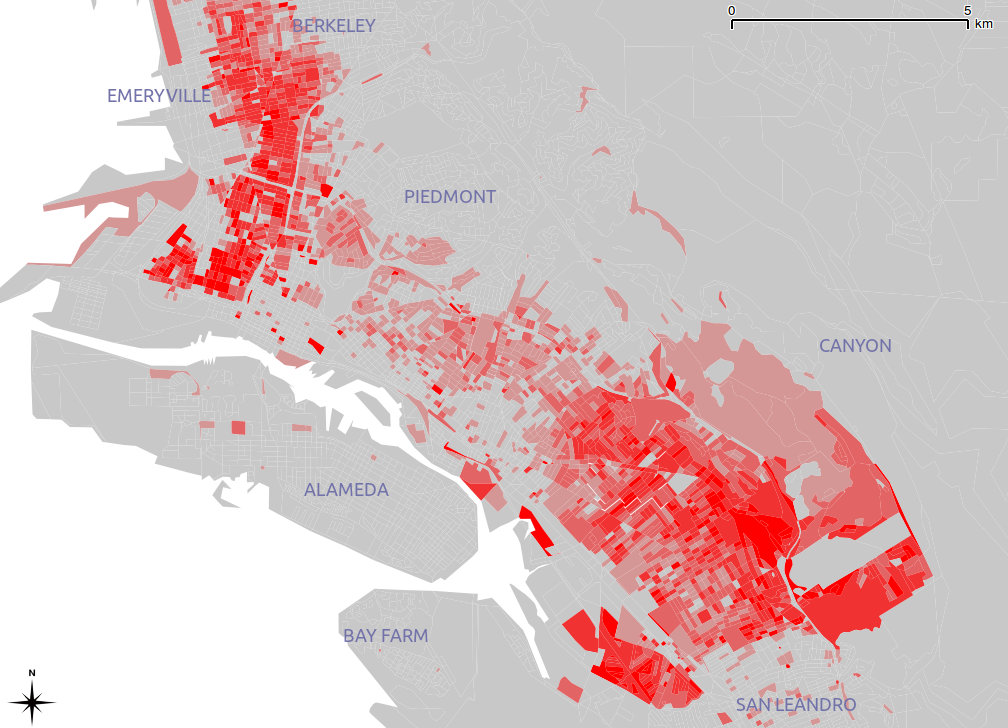 The analysis then maps African-American populations prior to the housing-market crash. Patterns of residence are uneven, and neighborhoods with the highest concentrations are located near Oakland’s industrial zones. 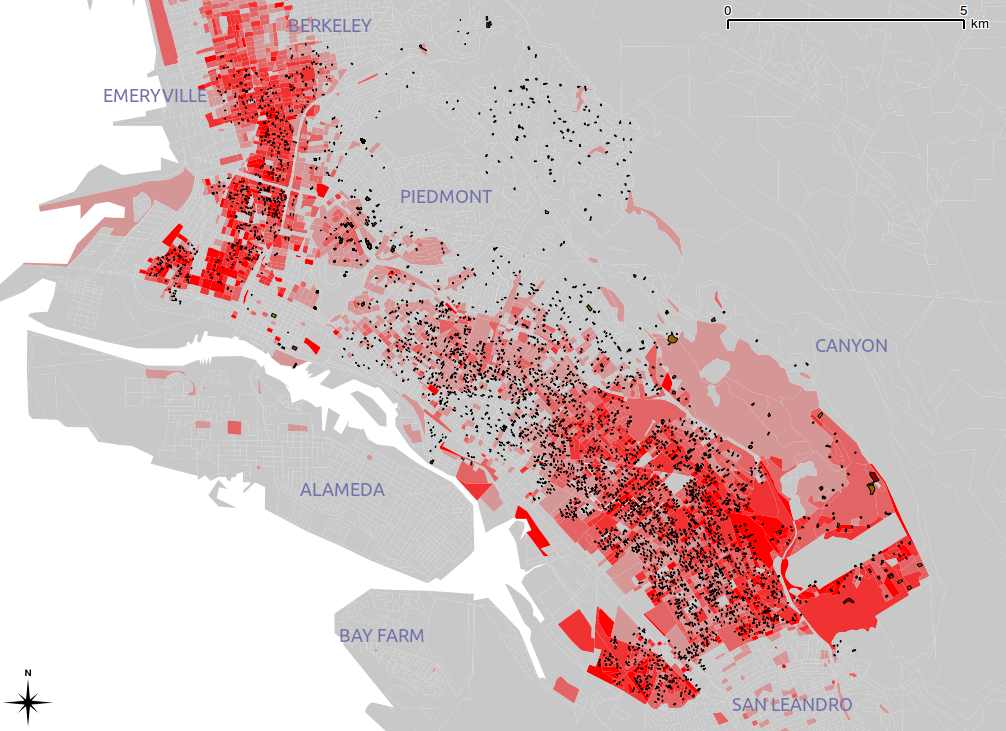 In the final map, both representations fuse to demonstrate the relationship between foreclosure and race: African Americans have been disproportionately affected by the foreclosure crisis in Oakland.

Visualizing the social consequences of the housing crisis offers an opportunity to reflect upon the patterns of racial segregation in American cities. If Oakland is a case study of trends across the United States, how will American cities ever become equitable and socially diverse?