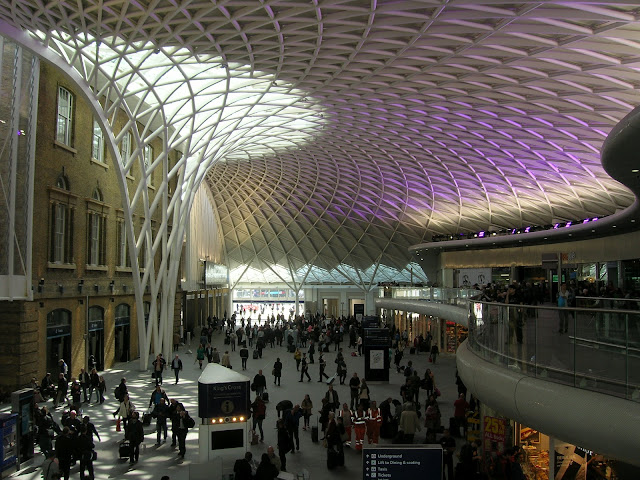 After a £500-million redevelopment, the new Western Concourse of London's King's Cross Station is now in use. The project, which opened less than five months before the 2012 Olympic Games, is a high-profile success and a needed reconsideration of urban infrastructure in the area. Led by Hiro Aso, architects John McAslan + Partners have articulated a beautiful and complex design with re-used, restored and newly built components. Designed in collaboration with engineering expertise from Arup, the structure and lighting collectively lend a dynamic yet graceful quality to the space. 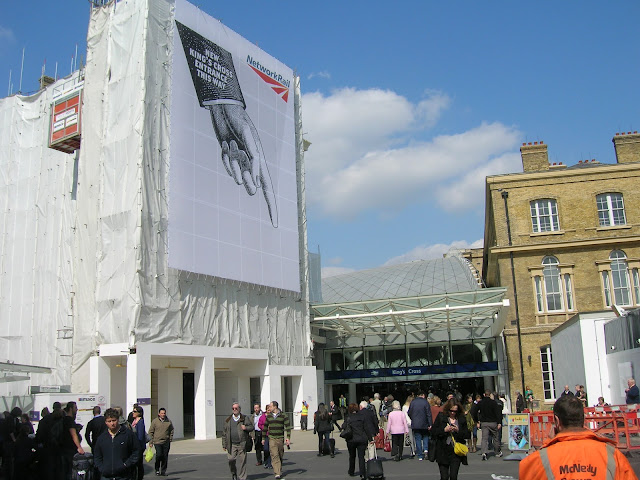 The new entrance, adjacent to the original station. 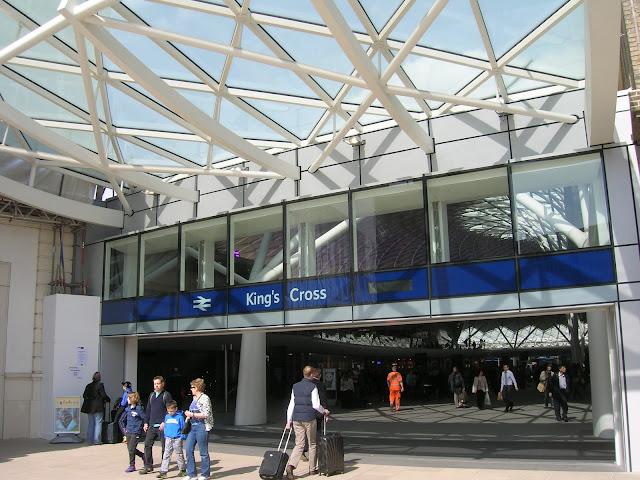 The flowing roof structure extends outside to form a canopy over the new entrance.

A Grade I listed façade of the original Western Range building has been restored and unveiled as a backdrop to a white, diagrid shell structure, which emerges from 50 meters within the earth to envelop the new concourse. The building triples the size of the station and is part of a larger vision for the regeneration of King's Cross, which is set to receive its own post code. 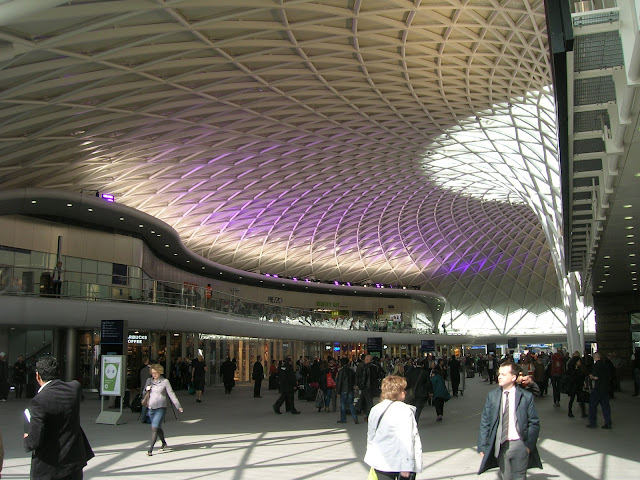 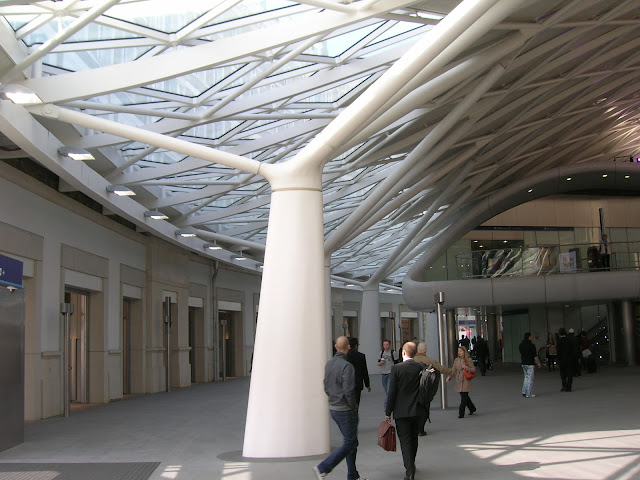 The structure touches down only along the perimeter, leaving a column-free central space.

The Victoria and Albert Museum in London has seized this moment to document the design of the Western Concourse. For five months this year, it will host a display on the design process of the architects and engineers involved. In addition, Guardian News and Media Limited have created an app that allows you to listen to stories about the previous lives of various sites in King's Cross. These “streetstories” can narrate based on your location using a smartphone with GPS, so the historical strata of the site can be experienced in-situ. 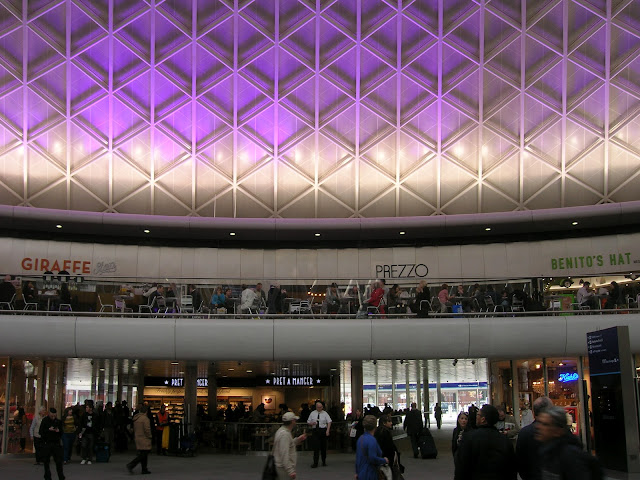 Integrated structure and lighting above the mezzanine level. 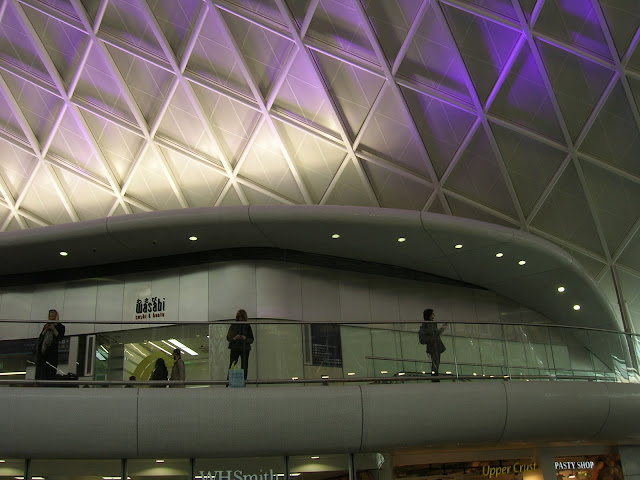 The mezzanine level of retail units stands as an independent, sculptural form.

How might this newly accessible urban history affect perceptions of the King's Cross Redevelopment? Now we are able to see new buildings assuming their functions while listening to stories about what they have replaced. As this urban feedback takes place, will we become more sensitive to the stepped evolution of our cities and respond to that in a critical way? Can apps alter expectations of design? 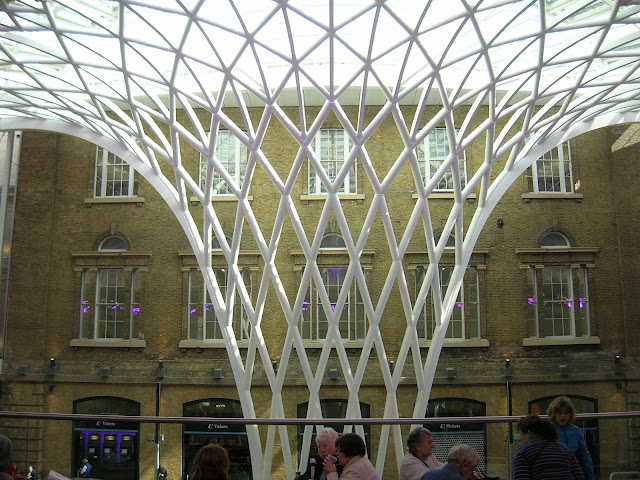 Restored façade of the Western Range behind the structurally independent addition. 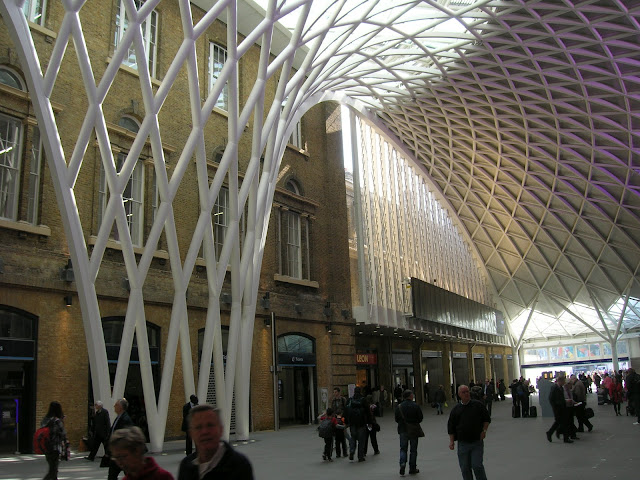 The electronic train departure board in the distance, beyond the restored façade.