From Conversation to Development: Spontaneity in Informal Mumbai

The beauty of the informal settlement is that it embodies everything associated with informality. This comes in the form of informal economy, informal policing, and informal development, among many other things. The absence of any formal planning authority, for example, allows residents to take full control over proposed developments and buildings. Some sort of neighbourhood consultation may take place, or may not, but in every way the development agenda is built from the ground up. 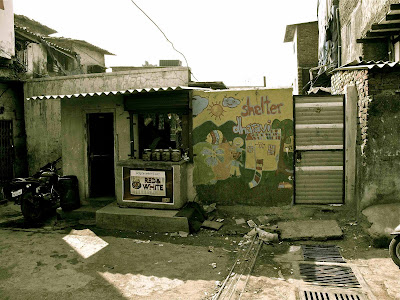 I recently spoke with a property owner in Dharavi who is in the process of converting an old site into a space for children to congregate and participate in various after-school activities. His dream of a youth community centre came true after he “informally inherited” a property down the street. He approached URBZ to collaborate on this concept several months ago, and ever since there has been an endless river of support for the project by residents and outsiders who are waiting to get involved. 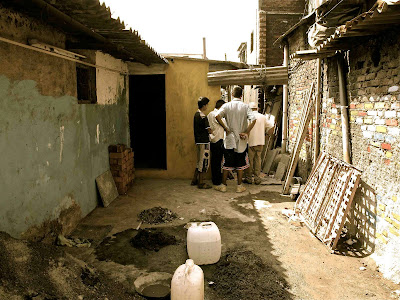 The interest has meant one thing: a need for expansion.

Space is tight in Dharavi. There is little room to move from side to side, and so residents make do with rearranging the space that they have. With interests of expansion in mind, the immediate vicinity and everything connected to it become vulnerable to the owner’s plans.

On Day One a discussion took place with regards to a small house at the front of the site. Rather than evict the residents, the house would be annexed and the back half would become an office, attached to the youth community centre, while the front would continue to be a house. Although the resident of the house was somewhat distraught over the halving of his home, an agreement was reached and the idea was put into practice. Quickly. 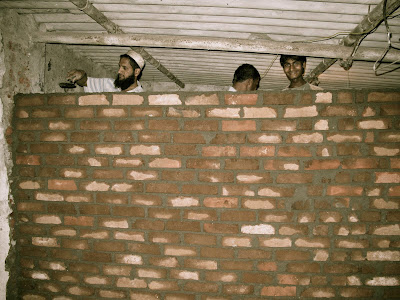 On Day Two, the house was annexed. Builders moved in with bricks, mortar and trowels, and within a few hours the wall was almost raised. 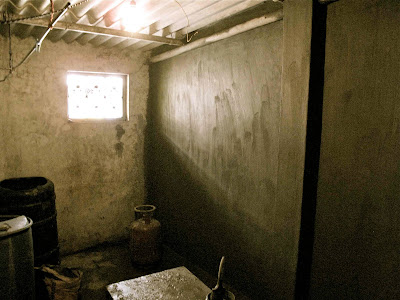 On Day Three, one house had become two, and after cementing the new barrier, the workers moved to the back of the site to start building an entirely new structure. The final designs and use for the building in the back are anyone’s guess. 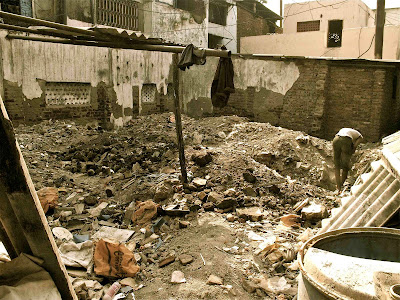 Documenting and following the method and madness of development in the informal settlement is an incredible learning experience. When we compare this to the processes of conceptualizing, drawing, planning, submitting, approving, and building, the informal method showcases how the streamlining of place-making creates exciting and continuously evolving spaces.