Gender and Water, Part One

Water and sanitation, together with shelter, is perhaps the most basic need in any human settlement. Despite that, according to UN statistics, today over 1.1 billion people live without adequate water and 2,6 billion live without adequate sanitation. This deficiency has different characteristics depending on the context and history of the settlement: water might not be safe, the service might be intermittent and quantity insufficient, fetching water might be time and energy consuming, and/or insecure, water might be very costly; there might be no sanitation at all, open defecation might be insecure and unhealthy, open sewers might be a threat to public health, there might not be wastewater treatment, etc. Every case is different, but most of them have something in common: they affect women much more than men. 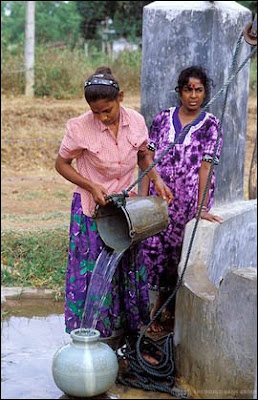 In most parts of the world, specially in the developing world, women have a much stronger relationship with water than men. Indeed, women are typically the ones who cook, wash all the family's clothes and their home, and take care of children's hygiene. All these tasks become a huge burden when the water services are scarce, insecure, unhealthy, costly or difficult to access to. Cases of men doing all or part of these tasks are rare. In urban areas, due to the high cost of living (partly provoked by land speculation and privatization of basic services), increasing numbers of women spend additional time on income generating activities, which is worsening the current disproportion of effort and energy spent by women and men on home and family care. This burden is aggravated when sanitation is also deficient, which directly affects women's dignity. Lack of sanitation means that women, in order to keep their intimacy, have to hold their natural needs until night time, creating serious health and security problems. Several studies point out that many rape cases happen when women leave their homes to fetch water, urinate or defecate. 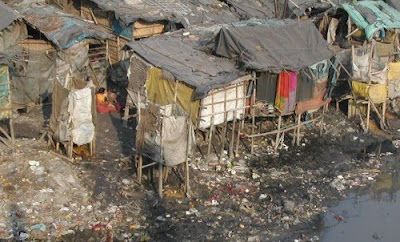 For many years research studies have been pointing out how the lack of adequate water and sanitation is a gender issue: women's specific needs are, more often than not, not considered when planning and designing development investments. This happens in spite of women's proven (but now acknowledged) accumulated knowledge on water and hygiene issues. Indeed, it has been repeatedly demonstrated how men's views typically prevail over women's in planning and designing development investments in general, and those related to water in particular. It has been also proven that water and sanitation services are more efficient, effective and equitable when women are equitably represented in decision making processes as well as in the processes of designing and managing water and sanitation services.

All water and sanitation initiatives, then, must challenge unequal gender relations if they are to meet their objectives. That is, men have to agree to share decision-making power and responsibilities at all levels, from national governments to local communities.