Phone Cards at the Cornershop 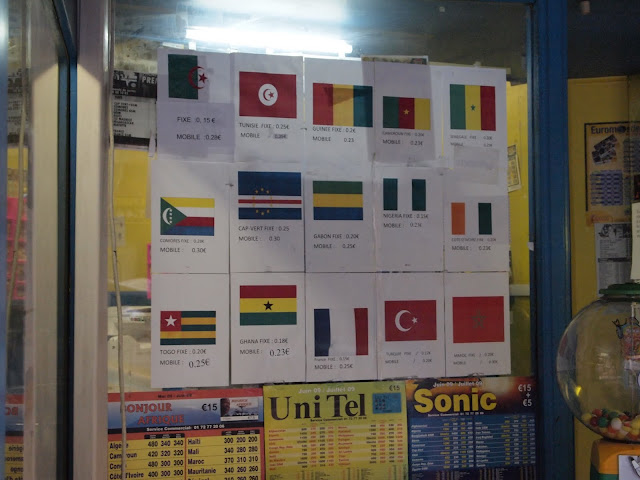 For the curious urban anthropologist landing in a metropolis for the first time, international phone card advertisements can provide a window into migrant communities and multicultural makeup of a city. While phone card services have been traditionally targeted to particular socioeconomic brackets, the flourishing of Internet-based telephony -- think Skype, Google Voice and such -- intersecting with greater access to the web means that the demographics of inexpensive phone calls overseas is one that is perhaps less skewed. All this is further convoluted by easy access to prepaid mobile phones for local calls. And perhaps, when going forward generationally and considering the strong diaspora connections in particular online social networks -- such as orkut in Brazil and India, or Friendster and Southeast Asia -- these dynamics are more hidden in bits and bytes than they are surfaced in the cornershop of a city. (Danah Boyd of Microsoft Research mentions a few interesting observations regarding the social division between orkut and Facebook in Brazil, quoting Pedro Augusto at the Centro de Tecnologia e Sociedade in Rio).