While it is surprising for many to hear that there are still slums in Spain, as Jordi wrote about on Polis last November, it is also difficult to imagine that over 100,000 people lived in slums in the beginning of the 1960s in Barcelona. Particularly challenging is to envisage ‘slums’ stretched across Montjuïc, the main site of the 1992 Olympics, or on the city’s beaches that are now strewn with tourists, areas that were known as el Somorrostro and el Camp de la Bota, as seen in the images below. 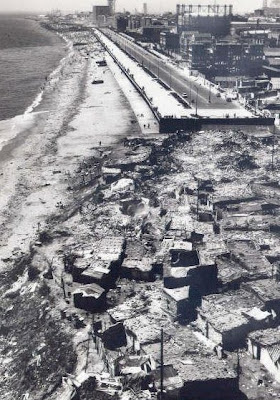 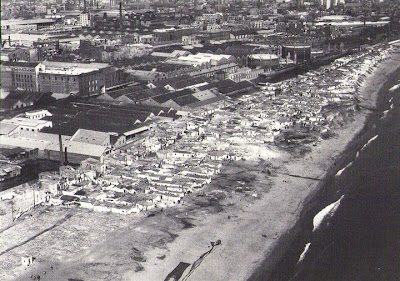 The growth of Barcelona’s slums began in the 1920s and steadily increased until peaking in the 1960s, driven by significant immigration from those drawn to the promise of work in Barcelona’s growing industrial sector and later escaping misery and repression (often unsuccessfully) in rural areas after the war. Yet in the city they found no place to live except in fragile, improvised housing, under very poor conditions (no water, no electricity, no sewer system), in fear of housing demolitions by the authorities or storms from the sea that would tear down their shacks along the seafront. People speaking about their experiences living in the slums discuss the struggles of their day-to-day life in terms of schooling, work, services, living together, control and repression, and organising for in-situ relocation. I found the similarity between accounts I have heard from Barcelona's former shanty dwellers and slum dwellers I have had the opportunity to speak with in other countries about their social experience of living in slums fascinating. There are parallels in their descriptions, decades apart and in different continents of the world, of a vivid, lively social life full of mutual aid and solidarity where people shared, were united and everyone collaborated as best they could. 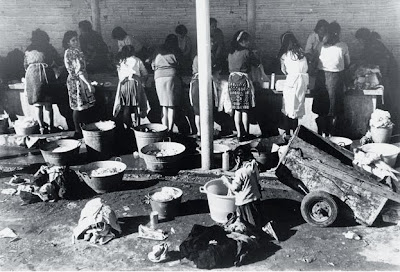 This evolution of slums in the city is excellently documented in English on the Museum of History in Barcelona’s website from a past exhibition called Shanties: the Informal City. Definitely worth checking out, as well as this documentary if you can get your hands on it: Barraques: la ciudad olvidada.