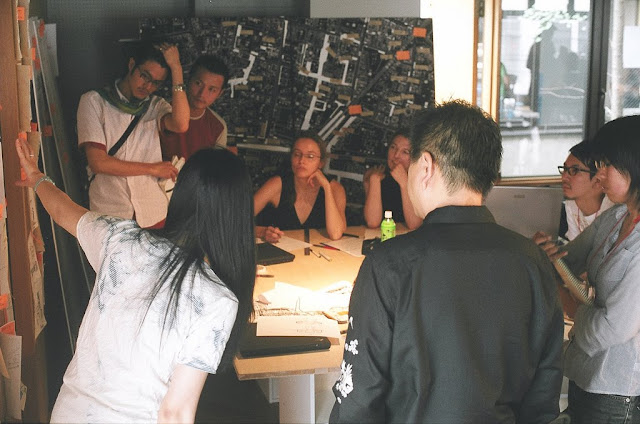 Urbanists, artists, activists and academics alike should take note of the latest exciting URBZ workshop to hit the urban circuit. The next Urban Typhoon workshop will be held from the 9th to the 16th of November 2010 in Khirkee Village, New Delhi. The event has been organized by URBZ in a special partnership with KHOJ International Artists’ Association.

“The Urban Typhoon workshop invites artists, architects, activists and academics from all over the world to ideate with residents, grassroots groups and other users of Khirkee Village, New Delhi. The event aims to reclaim the locality by collectively generating multiple ideas, visions and plans for its future.”

Building on the words of many past participants, as well as the international reputation that these events have garnered, workshops such as Urban Typhoon and the URBZ Mashup are exciting, transformative, and incredibly inspiring. For those who are not familiar with the Urban Typhoon workshop, I would strongly encourage you to explore the experiences and outputs of the previous workshops in Shimokitazawa and in Dharavi Koliwada.

Through the partnership with KHOJ, this particular event hopes to emphasize the 'special' role of the artist within the city. For all of the details of Urban Typhoon Khirkee Village, visit the URBZ website here.