A Campus Where Expansion Comes First 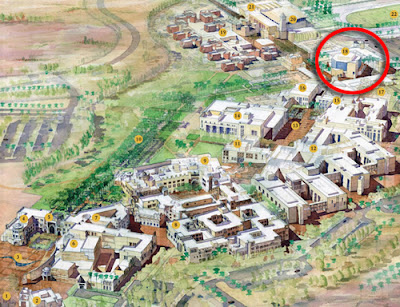 In the last few months, the New York Times has published two articles about The American University in Cairo (AUC) ("A Campus Where Unlearning is First" and "For Americans, Life Lessons in the Mideast"). These articles give little attention to perhaps the most newsworthy development concerning the university—its recent move to New Cairo, a yet-to-be complete satellite city. In another article, however, the New York Times does not altogether ignore the experimental fusing of private and public forces giving rise to a New Cairo.

Rather than recognizing that private educational institutions are embedded in the process of urbanization, all three articles provide a basic understanding of education and urbanization as distinct phenomena. This categorical separation removes the agent from the process. Knowing then that the university recently relocated to New Cairo, how can we understand the AUC as a leading player in the larger project of constructing a gated, exclusive Cairo, letting in some at the expense of others?

It should come as no surprise that the first projects to open their doors in New Cairo were private universities. The most prestigious of all, AUC, has established itself as both the heart and brain of New Cairo. Knowledge about desert landscaping, transport infrastructures, and water systems – the very logistics that enable New Cairo’s desert development – is produced at AUC. 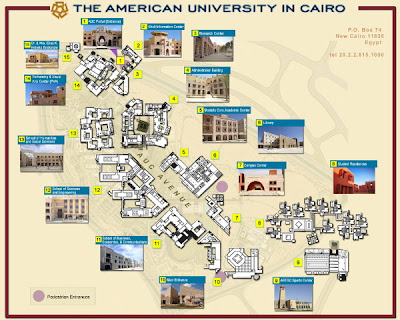 The character of this expansion is best captured by the slogan of Madinaty, a luxury housing compound: "medina aalamia ala ard masria," which translates into "a worldly city on Egyptian land." Here the conception of "worldly" is defined by internationals and the Egyptian elite. A definition constructed to exclude what is not so worldly: the urban working class. They can have Old Cairo.

The AUC website astutely describes the vision of New Cairo as "a predominantly middle-to-high income residential community with...AUC campus at its center." David Arnold, AUC’s President, explained how after consulting with the Prime Minister, and the Minister of Housing and New Development, the university determined that New Cairo would be a significant new center of development. He stated, "The location of our campus at the center of that development just seemed to make a great deal of sense" [Business Today, April 2008].

With projects advertising themselves based on proximity to the highly esteemed campus, the impact of AUC on real estate development is undeniable. Arnold himself laughed: “I wish we could have captured some of the increase in the property values around us for the benefit of the university. We could have paid for the whole new campus!” [Ibid] By making the first move, AUC has spurred the demand and altered the scope and shape of this future satellite city. But what about the logistics of moving to the desert?

AUC has been described as a feat, a state-of-the art experiment. The technologies that sustain the livelihood of this 260-acre desert campus have their roots in the 1979 establishment of AUC’s Desert Development Center (DDC). Arnold recently stated, the DDC “works to train and assist small farmers on marginal lands to improve their livelihoods and productivity” [Speech at the World Innovation Summit for Education, Doha, Qatar, November 16, 2009].

But Arnold’s description of the DDC’s activities is not completely accurate. Perhaps, while describing the organization’s activities, he was not aware that AUC is not a "small farmer" and New Cairo is not "marginal lands." The DDC’s proclaimed credo of "treating the desert as desert" has been compromised. Thirty years’ experience working with small farmers has been retooled to maintain AUC’s 27 fountains and pools, including its advanced underground cooling system. Since AUC opened its gates in New Cairo, the DDC has grown the campus’s shade—a total of 6,970 trees that require individual irrigation. 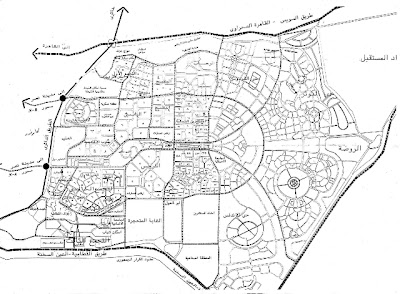 Under the hood of AUC’s pristine agricultural decor exists an unstable dependency on a public water supply. Due to irregularity in water pressure from government-run sources, pipes have burst, halting the campus’s cooling system. This not only makes classes extremely uncomfortable, but has also cost the university significant sums. Since water is a publicly maintained service, the citizens of New Cairo also suffer from inconsistent access. As recent as last month, residents in the surrounding neighborhoods have moved back to Cairo due to a volatile water supply.

The DDC’s recent research measuring AUC’s water-usage is tied to a sincere concern over conservation, ensuring the least amount of waste as possible. But such efforts merely tag AUC’s superfluous aesthetics with the "environmentally friendly" label. Despite this fact, in 2009 the Urban Land Institute presented the campus with an award, citing the significance of AUC’s role in anchoring, "community development around the university." While the award correctly credits AUC for an imaginative fueling of New Cairo, the enclosed villas of the future city are neither community-oriented nor environmentally conscious.  Madinaty’s proposed grassy lawns decorated by track home mansions are reminiscent of the desert development of Southern Californian suburbs, which are not known for their sustainability.

This allusion to the tract homes of Southern California is more than a mere analogy. Understanding the uneven development of New Cairo as only an Egyptian issue rests on a faulty conception of a contained New Cairo, unaffected by outside forces and not affecting processes outside Greater Cairo. Far from a localized issue, the inequalities that are being produced in New Cairo have profound implications for American college students, Arabic-Language education, and most importantly, national, cultural, and economic understandings in the context of war and anti-terrorism.

In a May 2008 interview in Al-Ahram, Arnold cites increasing attractiveness to international students, from the Middle East and abroad, as one of the motivating factors behind AUC’s move to New Cairo. As the final touches were being put on what could be called the pull factor, the new campus made possible by a $100 million-dollar USAID grant, President Obama in his lauded speech at Cairo University provided the push factor: "On education, we will expand exchange programs...encouraging more Americans to study in Muslim communities." Motivating Obama’s eagerness to send American students abroad is his urgent call for unity and cooperation:


So long as our relationship is defined by our differences, we will empower those who sow hatred rather than peace, and who promote conflict ... . This cycle of suspicion and discord must end [The New York Times, 4 June 2009].

By hosting American study-abroad students on the outskirts of Cairo, is AUC rather than turning divisive difference into cooperation and unity continuing a "cycle of suspicion and discord"?

Since the founding of its exchange program, AUC has played an integral role in international students’ daily lives in Cairo. It is AUC that most often provides them housing, food, and an education.  By pioneering the development of a New Cairo, AUC has had an unprecedented opportunity to construct, from scratch, a new Cairenian lifestyle for its American students.

Perhaps most significantly, the securitized isolation of the university removes American students from those who may not speak English fluently. While a holistic approach to Egyptian Arabic is taken inside the classroom, geographic separation boils down the real-world colloquial Arabic to material necessities and verbs often conjugated in their command form. Relations based on menial economic transactions do not foster deep understandings of commonalities, but rather produce a managerial, domineering fluency in colloquial Egyptian Arabic. The tongues of such students are not equipped with the words necessary to overcome powerful divisive perceptions of difference.

When David Arnold proudly declared that AUC’s construction required "the largest amount of stone ever used in any project since the Great Pyramids" [Business Today, April 2008]. he embodied the new AUC in an astute metaphor. The Great Pyramids were three tombstones constructed by slaves and are now World Heritage sites that have encouraged government dislocation of surrounding neighborhoods. Like the pyramids, AUC was built with a select group of people in mind, driving the development of an exclusive New Cairo.

Our aim in writing this is not to definitively brand AUC as iniquitous, but rather to forge a connection between the university and New Cairo’s uneven development—a connection that has not been emphasized. What we hope to have done here is open up dialogue about the general intersection between private institutions of higher learning and inequitable urbanization.


Danya Al-Saleh is a senior Political Science major at UC Berkeley, with research interests in colonial education and its role in the (re)making of colonial subjects/cities in the Middle East and in private universities and urbanization. She spent the past year in Cairo learning Arabic and teaching English at the Spirit of Youth's Recycling School.

Mohammed Rafi Arefin is a senior Critical Development Studies major at UC Berkeley pursuing issues of access to education, housing (both informal and high-end) and sanitation systems. He is also committed to teaching and education, having taught a history and practice of vinyl DJing class at Berkeley and worked in illiteracy eradication programs in Cairo.

Credits: Images from AUC and members.cox.net.