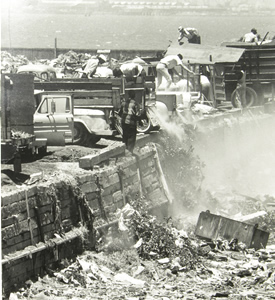 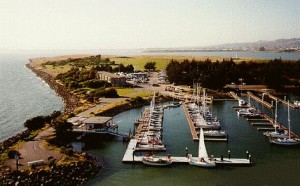 It’s not often that you come across a true urban Cinderella story. I did last Saturday, when I was lucky enough to go sailing in the San Francisco Bay with Anthony Sandberg, founder of the Olympic Circle Sailing Club (OCSC). Sandberg is on the board of Ethical Traveler, for which I volunteer as a news writer, and had offered to treat the all-volunteer staff to an afternoon on the water. We set sail from the Berkeley Marina, looking like bananas in foul-weather gear (which came in handy when it started pouring).

Like many, I had been under the impression that sailing was the purview of the rich, and had subconsciously thought of the Bay as closed to me. That’s exactly the kind of notion Sandberg has spent half his life overturning.

He started OCSC as a sailing school in 1979 on the Alameda estuary, with a borrowed boat and a telephone, sleeping in his van. Within a year, the club had hundreds of students, 100 members and a small fleet of boats. In 1981, he moved the school to the Berkeley Marina – previously the city’s dump.

He convinced the Berkeley City Council to lease him the land in exchange for investing in improvements and building facilities, promising to hand over a first-rate sailing destination and community resource at the end. By the time OCSC celebrated its 30th anniversary last year, it was the largest single-location sailing club on the West Coast, with more than 50 yachts.

The club actually owns about one-third of the boats; it maintains the rest, and shares revenues with the owners. This way, owners earn money when their boats sit idle, and a wide swath of people has access to boats that would otherwise be empty.

OCSC was imagined as the antithesis to the quintessential yacht club. Classes, memberships and recreational trips are open to anyone, and are relatively affordable. Sandberg wanted to encourage women to get involved in what was once a male-dominated activity and build community (http://ocscsailing.com/about/mission/index.php) through a friendly spirit and events like free barbecues and Wednesday Night Sails.

To me this is an inspirational example of how one person with a vision can be the force behind a major urban transformation that leaves a legacy far beyond their years. It is also a reminder that successful redevelopment efforts do not necessarily need top-heavy investment from commercial interests in a way that compromises the mission. In many places, it seems that idea has been inculcated in a way that dissuades governments and citizens from thinking creatively about alternative visions of redevelopment.