The Red Castle and the Lawless Line 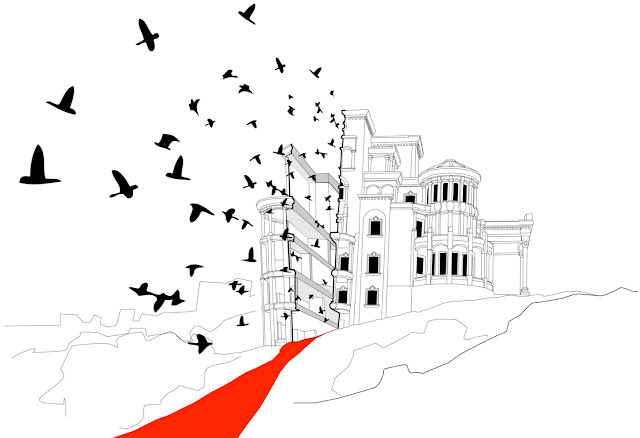 "If to sacralize is to separate, to bring common things into a separate, sacred sphere, than its inverse is to profane, to restore the common use of these things"


In 1993 a series of talks between Israeli and Palestinian representatives culminated in the division of the West Bank into three areas, each with different institutional arrangements.  Under the Oslo Accords, area A remained under full Palestinian control, area B under Israeli military control but Palestinian civilian control, and area C under full Israeli control.

As the limits for these zones were drawn by hand using a 0.02 mm felt pen on maps drawn to 1:20,000 scale, areas A, B and C were divided in reality by lines in excess of 5 meters wide.  Decolonizing Architecture's latest project explores and exposes these residual spaces as extraterritorial seam lines - atoll-like rings - in an attempt to bore a hole in the asymmetric machine of Israel's planning and geopolitical establishment.

The morphology of the line marking the limit between areas B and C in the West Bank becomes less ambiguous as buildings threatened by demolition orders force this elastic and fluctuating limit to become static.  Buildings facing demolition orders, as with strategic sites (identified due to their topography and natural resources) act as anchor points for a line whose trajectory is reflective of the strength and influence of its advocates.

Decolonizing Architecture's main aim is to profane Israel's occupation in the West Bank - to expose the irregular, sacralized institutional and power structures that its colonial planning system imposes upon Palestinians - through architectural projects.  Using the Red Castle of Battir - a mansion-like building currently under construction - as a real life laboratory, they developed a series of designs that were conceived to profane this 'defect' in the Occupation.  These designs, generated for a real-life client and developed for possible implementation, simultaneously speculate on the meaning and potential of this irregular situation, using the Red Castle's terraces as a counter-laboratory of colonization.

Highlighting the spatial realities of conflict reorients planning and design into key positions of political expression.  While this spatial focus also lays bare the disjunction between conceptual and practical territory, it provides an opportunity for research to weave a unifying thread between these elements.  Perhaps the slice of lawless land uncovered and explored in this project makes room for a space of reflection, negotiation and resolution. 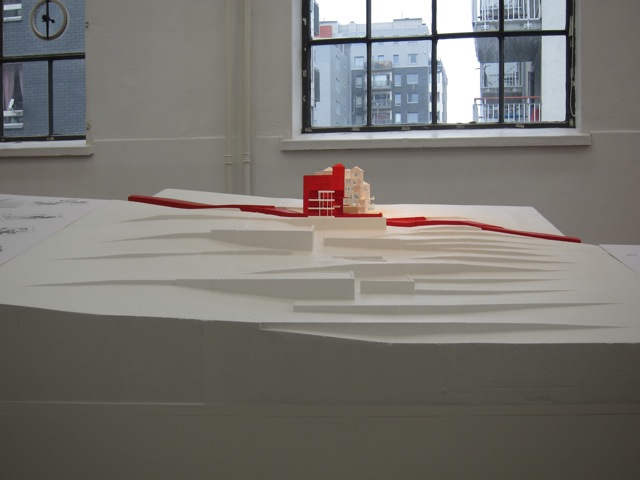 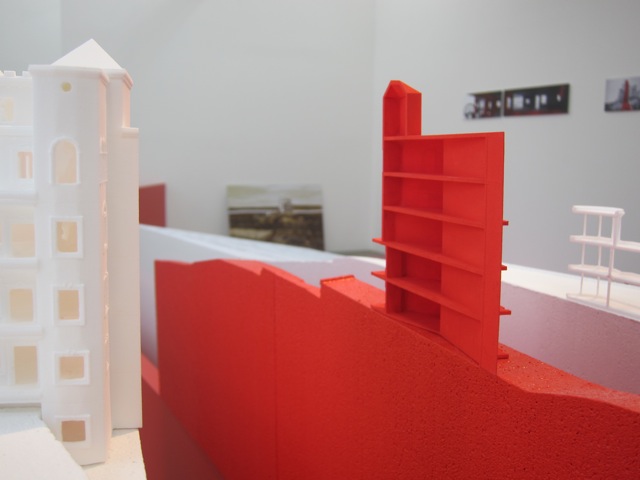 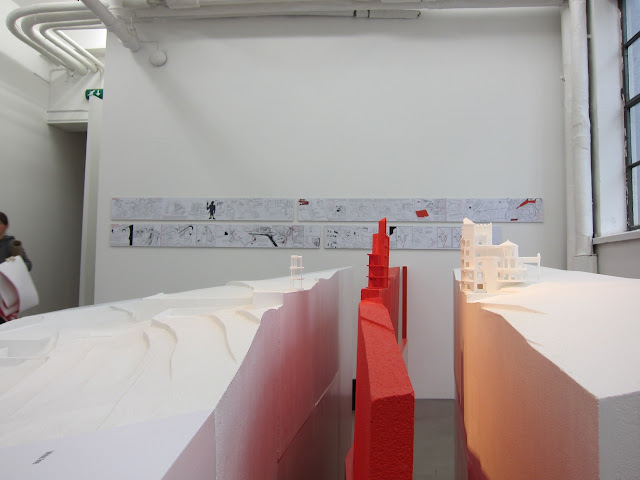 Decolonizing Architecture's latest project, 'The Red Castle and the Lawless Line: a legal-architectural fable of extraterritorial transformation', is currently being exhibited at 0047 in the context of the 4th International Architecture Triennale of Oslo.  It was developed within the framework of the summer residency program in Battir (Palestine).