“The United Nations has designated the first Monday of October every year as World Habitat Day (WHD). The idea is to reflect on the state of our towns and cities and the basic right of all, to adequate shelter. It is also intended to remind the world of its collective responsibility for the future of the human habitat.

The United Nations chose the theme Better City, Better Life to highlight our collective vision of a sustainable urban world that harnesses the potential and possibilities, mitigates inequalities and disparities, and provides a home for people of all cultures and ages, both rich and poor.”

There will be WHD events in many cities around the world. You can find some of them in this link.

WHD is an opportunity to disseminate the World Charter for the Right to the City, a concept that was developed by Henri Levebvre in 1968 and has been adopted by urban social movements, NGOs and urban theorists since, particularly in the last decade. The United Nations, despite that its Human Rights Council has still not included the Right to the City in its list of Human Rights, has been using the term extensively as a combination of several human rights that directly relate to urban areas. 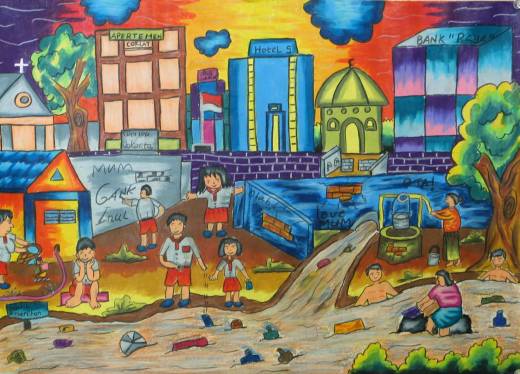 It is important to understand that the Right to the City goes beyond the rights to adequate shelter and basic services, as it puts political rights, such as democratic management, equality and participation, in front of all other rights. Political rights in the city are aimed at counteracting the abuse of power that is typically exerted in an articulated manner by politicians, professionals, large businesses and neo-liberal social groups. Nevertheless, the Right to the City is a unitary concept, not a sum of different rights, which are very often put into a counterproductive conflict between them, or some claims co-opting other claims. As Peter Marcuse put it (pg. 87-98), the Right to the City is not only about different claims put together, but it provides a meaning for an alternative city, a vision of a better future for all those who are not deservingly usufructing and for those whose future well being is being threatened by, among other causes, climate change.

WHD is an opportunity to debate around the fact that millions of urban citizens around the globe cannot exercise rights stipulated in their constitutions, laws and ordinances because their cities are not managed democratically or equitably and they cannot participate in creating the city that is friendly to all.