A Model for Community-Funded Reporting

Although some are skeptical of the merits of citizen journalism, it has great potential for producing in-depth coverage of urban issues, especially those of importance to local communities.  While it may not replace the capacity of mainstream papers to keep a daily pulse on city life and enforce professional standards, it can be an important complement.

One trailblazing model is Spot.us, a nonprofit project promoting web-based, community-driven journalism. Reporters or the general public (the website makes no firm distinction) can suggest story topics, which become pitches that the public can fund by donating money or applying credits earned through participation in brief, sponsored surveys. People can also donate time, by completing "assignments" like conducting interviews or taking photographs. The definition of "journalist" is broad — past writers have included Pulitzer-winning reporters and high-school students. Pieces can be re-published for free. Mainstream newspapers can also partner with Spot.us by splitting the cost of freelance pieces, which gives them temporary copyright.

Many of the articles people have chosen to write and fund so far have had to do with cities, especially Los Angeles. In a pair of articles on Redevelopment Hell, Eddie North-Hager covered the failed redevelopment efforts in his South Los Angeles neighborhood over the past two decades.  The story was picked up by six local publications. 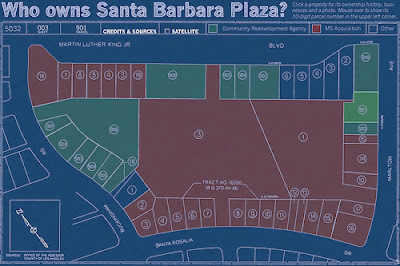 Do you know of other pioneering citizen journalism sites that are enhancing urban coverage?