Stockholm Heartbeats: The Fate of Slussen 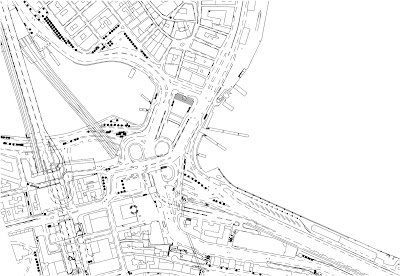 In the center of Stockholm there is a traffic junction named Slussen. Connecting the two urban islands Gamla Stan and Södermalm it is also a sea lock, with its earliest roots from the 1600s. The latest version opened in 1935 as a modernistic structure made of concrete and steel in the shape of a four-leaf clover. Being an important landmark for the people of Stockholm, the renewal of the deteriorating and sinking junction has been a hot topic for many years. Political and architectural proposals have succeeded one another, embodying suggestions for exact reconstructions as well as daring new creations.

The most recent competition included a group of five renowned offices, from Atelier Jean Nouvel to Foster+Partners. Together with the Swedish office Berg Arkitektkontor Foster+Partners was named winner in 2008, but have since then been forced to change their futuristic swirling plan to a rectilinear version. The project is currently due to start construction in 2012 and will include a replacement of the old structure with an entirely new. New pedestrian quaysides, a transport interchange, a toned down roadway system and buildings for commercial, residential and cultural uses are some additional features. The new lock will continue to allow boats to move between Lake Mälaren and the Baltic Sea. 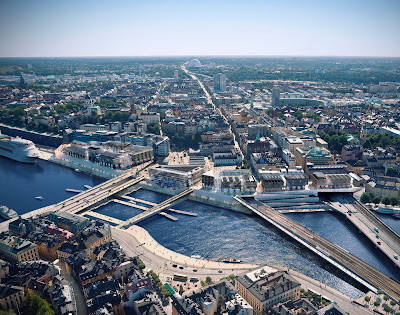 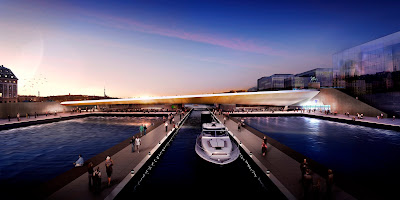 While the redevelopment was outlined by the City of Stockholm, a young photographer decided to document Slussen at its present stage. Calling his project “Urban Anatomy”, David Molander dissected Slussen by taking photos of all its external faces and secret internals during the period of a year. Using a multitude of cameras, from a shaky mobile phone to a digital Hasselblad camera, he stitched a large-scale collage of hundreds of night- and daytime images in a seamless side cut. The result is a ten meter wide collage, on view as “City Heart” at the Swedish Museum of Architecture in Stockholm until November 21, and in the form of a fascinating high-resolution picture-play online. 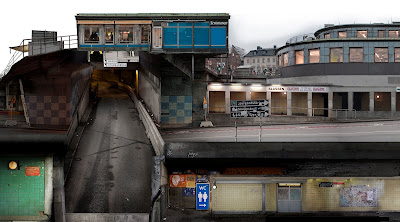 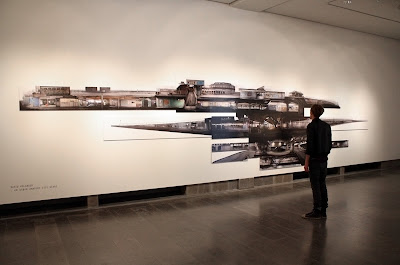 In his Swedish blog on the project, Molander writes about his rare excursion findings. Through an air outlet by the bus garage he captured a glimpse of a cobblestone wall from the 1600s, visible for only a second from the windows of passing trains. Deeper down, he discovered the legendary Akay temple, located in an underground room that was leftover when the subway was built. It is now a hidden center for contemporary street art that few know of. By fusing the different parts of the much-debated construction called Slussen, Molander creates a deeper understanding of Stockholm’s central core. It turns out that this pulsating knot is not mere a circular system for traffic and pedestrians but also a space enriched by human memories and traces.

Change might be an inescapable outcome of our urban landscapes. At the same time a city neither can, nor should erase its scars and memories. But the question remains what we chose to remember–and what is possible to save. “The rocks in the tunnel entrance with its centuries-old history, are fine as they are when passing the subway window,” Molander writes. “Any attempt in the mind to recreate the history that brought them to the spot misses its target in the dark. They flash for a moment, shortly in duration between darkness and light.”

Credits: Map of Slussen as it looks today from Stadsbyggnadskontoret. Images of future Slussen from Fosters+Partners and Berg Arkitektkontor. Images of Slussen as the artwork "City Heart" from David Molander.