Mongolia evinces images of rolling mountains, swaths of open countryside and snowy terrain spotted by horses and herders. Two thirds of the population lives the way they lived 3,000 years ago, during Genghis Khan’s rule, living in gers as nomadic herders. 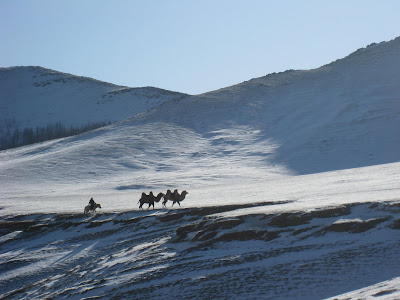 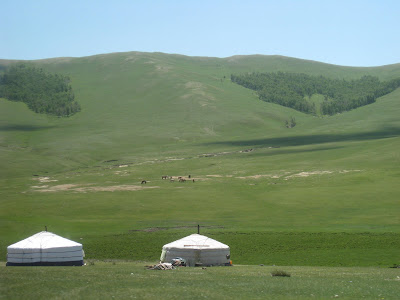 However, as increasing numbers of Mongolians immigrate towards the cities from the countryside, they continue living in gers, as the only affordable housing option, in camps on the outskirts of the city known as ger districts. In Ulaanbaatar, the capital city with close to 40% of the country’s population, more than 90% of the city is ger districts with 60% of the city’s population. Ger districts, which are Mongolia’s equivalent to slums, have no infrastructure or planning, with dirt roads, and no water or sanitation systems. People live in the traditional gers or in small, detached houses which they have built themselves. This is the poorest population in Mongolia, with monthly incomes that average around $150. 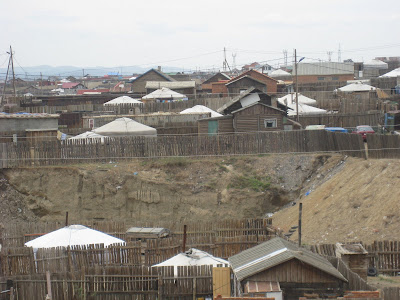 Quality of life in the ger areas is very low – with water kiosks and outhouses, rather than running water and sanitation, little to no lighting and no paved roads. The situation is getting increasingly worse as the levels of pollution rise. In order to heat their homes and gers, Mongolians rely on traditional coal-burning stoves. The World Bank estimates that 70% of the pollution in the Ger District and 60% of the pollution in the city during the heating season is attributed to coal burned in the Ger Districts. Air pollution levels are seven times higher in the ger districts than in the city center during the cold seasons, and the poorest population spends as much as 40% of their monthly income on heating costs during the winter. 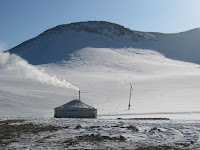 This has attracted the attention of many in the country and in the international community. There are many exciting products and innovative technologies that are being piloted and used to lessen the air pollution and increase the quality of life of ger area residents, and the entire urban population. Some are simple – such as ger insulation blankets to cover the overall ger which retain heat better than traditional ger blankets, subsidized by the Asian Development Bank and produced by local businesses. Energy efficient stove products have been developed by a number of people in the market, as coal is the source of the majority of the air pollution, including initiatives by the Asian Development Bank, UNDP, the World Bank and local entrepreneurs. But there have been larger and more innovative solutions as well, including a local real estate developer who is importing energy efficiency building technology initially developed in China for the 2008 Beijing Olympics. UNDP is partnering with Habitat for Humanity and local financial institutions to build energy efficient homes to be sold to ger area residents. While none of the solutions are perfect – either prohibitively expensive for the target market or missing cultural requirements (in one of the earlier energy efficient stove designs by the World Bank users could not see the fire which made the stoves unappealing to the population) – as more and more people collaborate and focus on developing innovative solutions, the opportunities for energy efficient heating in Mongolia are increasing.

One of the exciting elements of this market is the level of collaboration and partnership. The energy efficient housing project is partly sponsored by the Millennium Challenge Account, developed by UNDP, financed by XacBank (a local microfinance bank), and built by Habitat for Humanity. The market is working together – though is facing one of its greatest hurdles in the lack of education of its potential customers who often do not appreciate the products or eventual financial savings from energy efficient structures and products.