Ghosts in the Machine 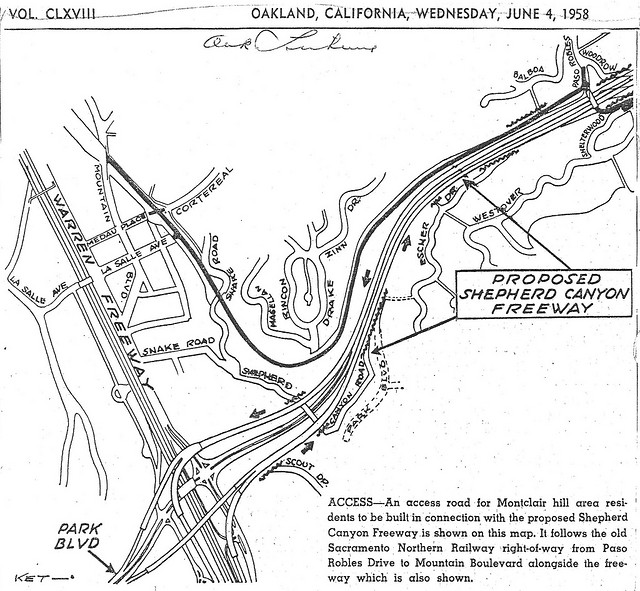 Proposal for a second tunnel through the East Bay Hills, 1958.

The longer I go about this planning and urbanism business, the more I become fascinated with the plans that never made it off the table, particularly transportation plans from the San Francisco Bay Area, images of which accompany this post (a debt to Eric Fischer for many of them). As a member of the post-modernism generation (very much meant in the after-modernism sense), we inherited not a world where urban thinkers-cum-architecture gods-cum regional scientists felt that they could do anything anywhere to anyone, but a much more humbled profession, at least in the United States. 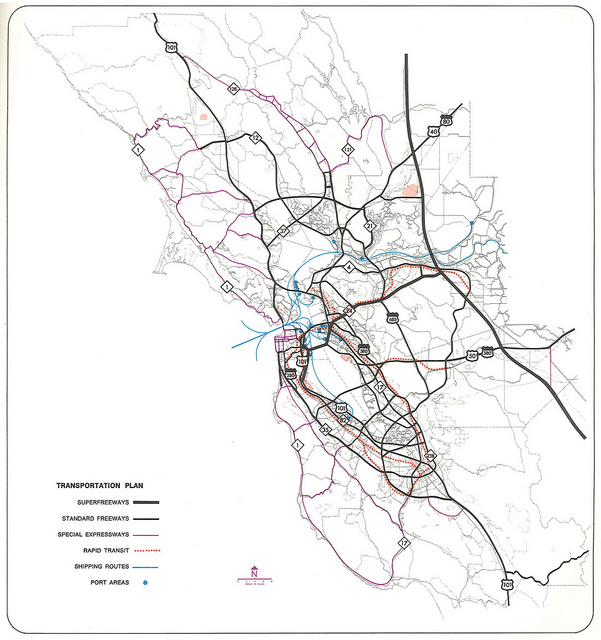 This is largely a good thing. Urbanism is not science, and never will be, and the modernist era was ego-driven, ideological, racist, and often so wrong about humans and their habits and desires as to be almost irrational, despite its fetish for rationality and its supposed adherence to the project of the enlightenment. 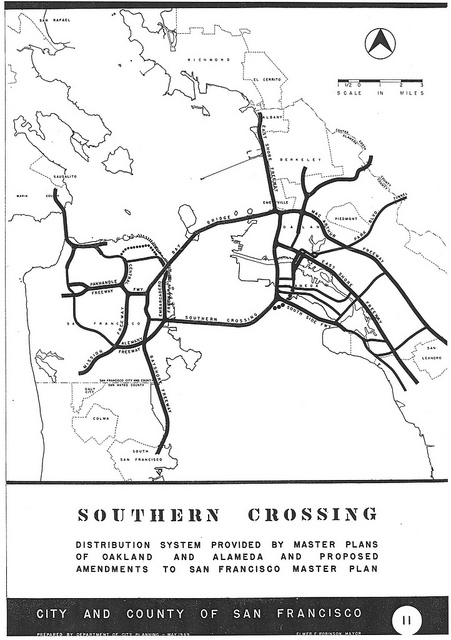 The first wave of post-modernism — and again, I wish the intellectual world would start thinking more historically about this term — was more about learning to preserve what was good, be it sidewalk ballets, open space, historical neighborhoods, local cultures. Unfortunately, this reaction to the sins and excess of modernism often morphed into a nostalgia-driven NIMBYism, and a general blindness to the fact that there was still a lot of work to be done in the world. Not only had modernism failed to solve many of the problems of the world, it created new ones of its own, ones that the neoliberal era, with its market fetishes and generally conservative ethos of preserving the status quo, has done little to change. Many people are still left on the outside looking in. 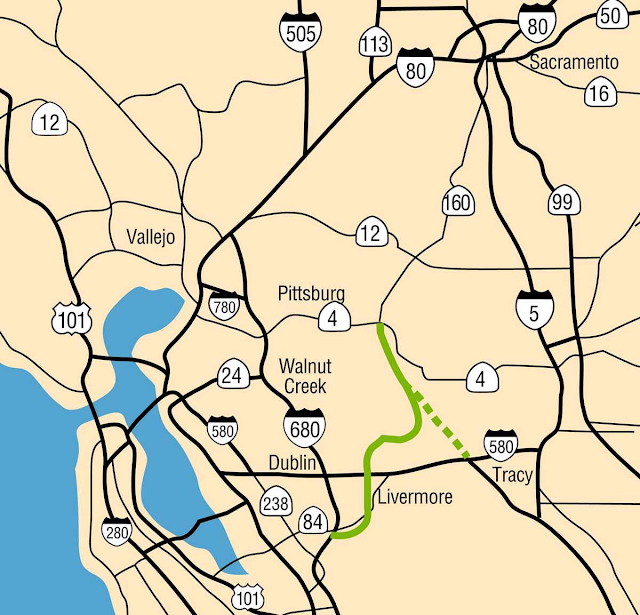 More recently — and again I am talking about the US, although this is big in Europe as well — we have seen the proliferation of DIY urbanism: innumerable small projects, mini-interventions, food carts, Park-ing days and event driven spectacles, a strange hybrid of the postmodern and Guy Debord. It certainly makes the urban more fun and more interesting, and it is wonderful to see how many people — from artists to farmers — are now thinking about space and place and people in new ways, pushing the professional urban classes to think beyond Autocad and Excel, and, more importantly, to rethink who is an urbanist. 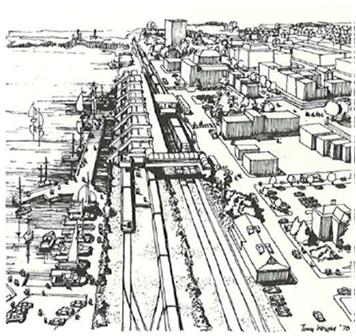 Proposed Antioch BART Station, 1976.
But all the DIY planning in the world is not capable of moving hundreds and thousands of people from one part of the region to another for work, nor can it transport water long distances, let alone make it drinkable. As I have argued before, we need some form of paramodern planning, a way where we can make space for everyone to do little things on their own (and reap the collective benefit of innumerable individual actions) while simultaneously making some key big decisions about mass transportation, energy and water infrastructure, and large public spaces like stadiums, convention centers, hospitals, and universities. My vision of the paramodern involves a deregulation of the micro and a reinvigoration of the macro, albeit one infused with principles and processes of justice and democracy, and a humbled reading of our past failures. 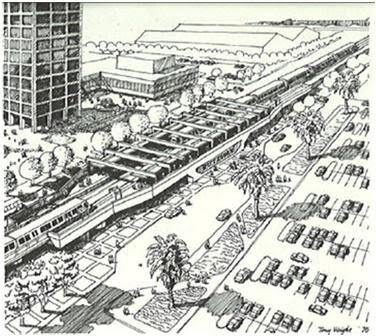 This will necessarily involve admitting, especially on the left, that some of the plans left on the table should have been built. Perhaps not the freeways you see above, but certainly the last two images of BART transit stations in Antioch and Pittsburg, part of the largely unbuilt second phase of the 1956! plan, which sadly are just ghosts in a traffic-choked machine.