Planning in the Peri-Urban Interface

Most policies, plans and programmes coming from governments and development aid organizations across the world define their geographical areas of intervention in two single terms: urban or rural. In order to be able to make such distinction, traditional statistics and laws mark physical, economic and/or political limits. Typically, the distinction is made according to the following parameters defining an urban human settlement: 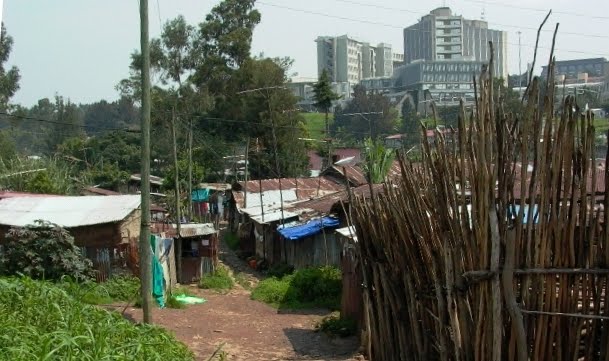 This classification or categorization does not take into account some of the features of the dramatic urban transition that is taking place nowadays in the developing world, also known as the “urbanization of poverty”. Indeed, most of this transition is taking place in areas that are not rural or urban, but peri-urban. As part of the effort of classifying geographical issues in physical terms and maintaining the urban-rural dichotomy, peri-urban areas have been typically defined as the border areas of urban human settlements, the urban-rural border areas where urban workers live, or the urban-rural borders where there are economic activities and infrastructure that need large areas but cannot fit or afford to use land within the urban limits. There have also been some attempts to classify peri-urban areas as slums or informal settlements accommodating recent rural migrants, a definition that fails to explain the existence of long term poor settlements in the city limits and their co-existence with economically rich residential, commercial and production zones. In short, the urban-rural dichotomy has been unable to explain all features and processes taking place in such transitional landscapes. More recently, scholars and practitioners have started overcoming the traditional urban-rural dichotomy in their understanding of the peri-urban areas, initially with the inclusion of intercity or cluster relations as a key aspect in urban research and planning processes (Douglass 1998). The new approach defines the peri-urban areas in relational terms instead of more easily measureable physical or economic terms (Allen 2010). More specifically, peri-urban areas can be defined as city fringes in which interactions take place between rural and urban individuals and social groups, and where both traditional rural and urban features coexist (ibid.). The most common characteristics of peri-urban areas are: relatively lower population densities, mixed land uses and rapid land use change, land speculation and uncertain land tenure, fast-growing population and infrastructure requirements, mix of newcomers and long-established dwellers, heterogeneous and changing social and economic structures, diversified livelihood strategies, and a fragmented institutional landscape, made worse by rapid change and unclear boundaries, jurisdictions and competencies (ibid.).

This reality poses a challenge to urban planners and researchers, as we cannot rely anymore on conventional solutions and ideas for addressing today's rapid peri-urbanization of poverty. Solutions must come from the existing opportunities and initiatives that arise from each different context. Our role as professionals should be about understanding first and then providing technical support to those taking on the existing opportunities, as well as enabling and strengthening local initiatives.

Credits: this post is a modified version of one of my UNESCO-IHE online course assignments, in which I drew largely on the DPU-DFID research project that addresses this issue in depth and on the paper by Adriana Allen (2010) "Neither Rural nor Urban: Service Delivery Options That Work for the Peri-urban Poor" in Kurian, M. and McCarney, P. 2010 "Peri-urbanWater and Sanitation Services: Policy, Planning and Method" Springer. Douglass, M. 1998 "A regional network strategy for reciprocal rural-urban linkages: an agenda for policy research with reference to Indonesia", Third World Planning Review, 20(1), 1-33. Image of a common peri-urban area from the UCL-DPU. Image of a peri-urban transport hub in Mumbai from Jordi Sánchez-Cuenca.