The Visible Pulse of Politics in Buenos Aires

During the past few months, I have been struck by one of the many wonders of Buenos Aires: how blatantly politics resonates and vibrates throughout the city, particularly around the downtown core. From spontaneous and permanently installed protests to more static representations, such as monuments and ("retouched") political campaign billboards announcing upcoming elections, there appears to always be some visible, palpable movement questioning the status quo. Arguably the heart of this pulse can be seen, and indeed felt, walking down the Avenida de Mayo from Plaza Congreso to the Plaza de Mayo, the avenue connecting the executive and legislative powers of the city and nation. Graffiti adorns the walls for several blocks and protests are located strategically along this axis, with permanent camp-outs becoming more common as one nears Plaza de Mayo.

The following photos are a few of many taken while walking down the Avenida de Mayo from the Plaza Congreso to Plaza de Mayo in late April. 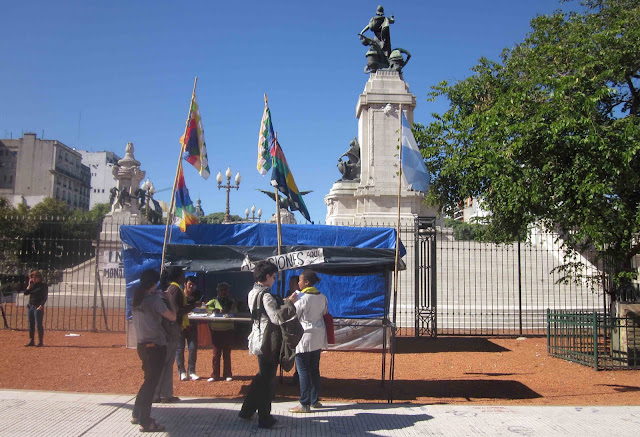 The Kolla people in front of Congress demanding historic reparation and the return of their lands. 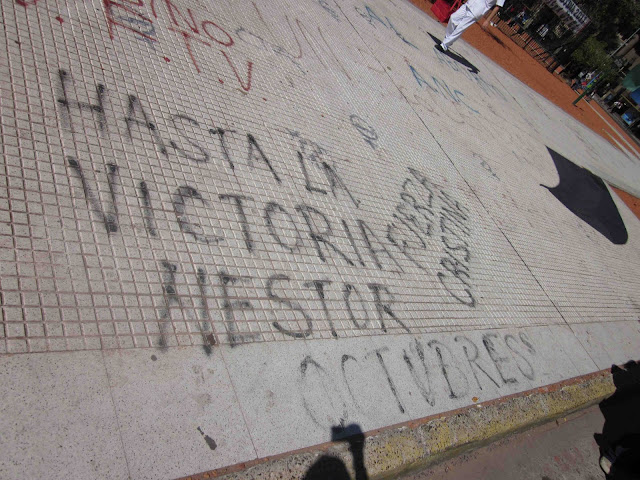 Graffiti (current and past layers) for a variety of political parties and candidates on the sidewalk in front of Congress. 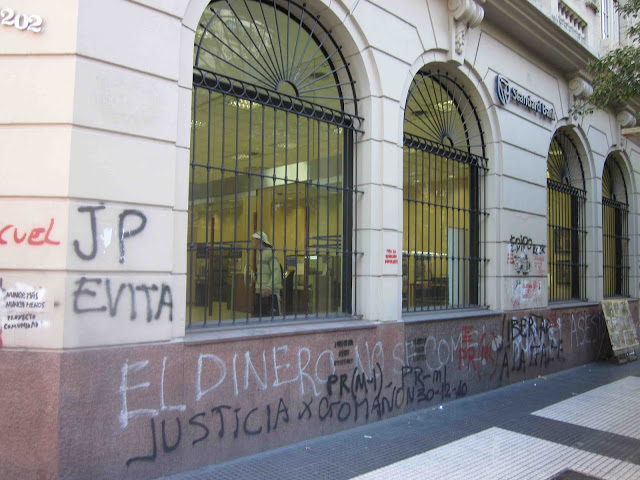 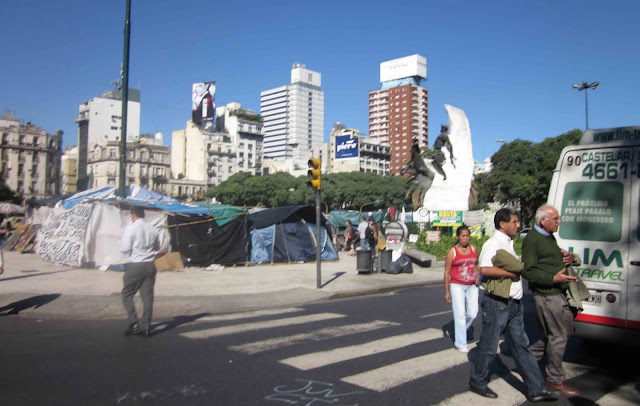 The Qom people camped on Avenida de Mayo and 9 de Julio demanding a meeting with the President and for multinationals to leave their lands in northern Argentina. 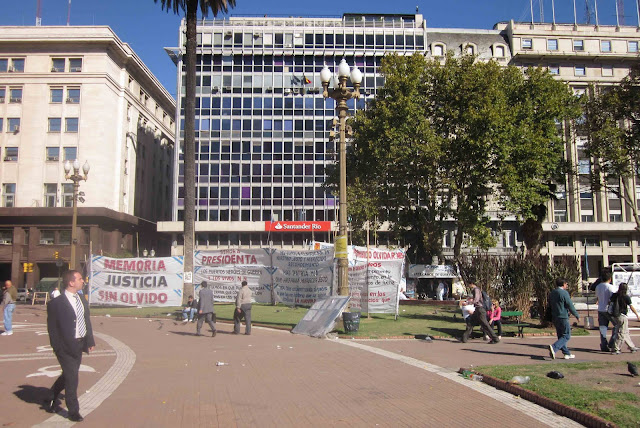 Veterans of the Falkland War have been camped out in the Plaza de Mayo for over 2 years demanding recognition. At left, the white shawl of the Mothers of the Plaza de Mayo is painted on the ground where they march every Thursday.