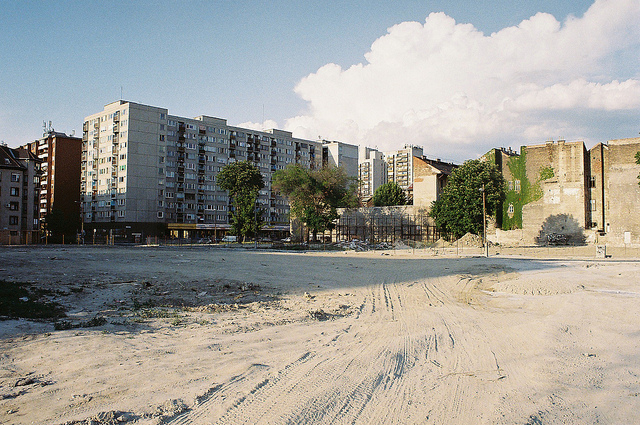 In the cities of the former Habsburg Empire, you’re bound to find a neighborhood called Josefstadt (Józsefváros in Hungarian). Since at least the early 1980s, the Józsefváros in Budapest has been a symbol of prostitution, urban blight, and segregation. It is no wonder that “The District,” a 2004 animated film, depicts the neighborhood as a battleground for Roma and Hungarian drug gangs. As part of recent neoliberal restructuring, district politicians and real-estate developers have sought to rebrand Józsefváros as a trendy residential area. 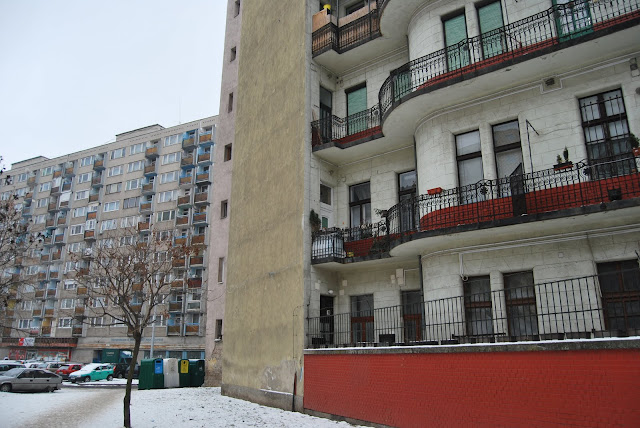 In developing a post-Communist identity for Budapest, public intellectuals have looked to the late 19th century as a “golden age” characterized by peaceful multicultural coexistence, urbanization, and economic boom. This has resulted in a mimicry of styles associated with the Austro-Hungarian Monarchy. Through EU- and state-sponsored projects, inner-city streets have received cobblestone paving, lamp posts, and street benches similar to those of a hundred years ago. Municipal officials have renamed streets based on the 1896 map: Lenin Boulevard is now Joseph Boulevard, Mayakovsky Street is King Street, and so on. There has been a veritable transformation of dilapidated apartment buildings in downtown Budapest, often limited to the facades. 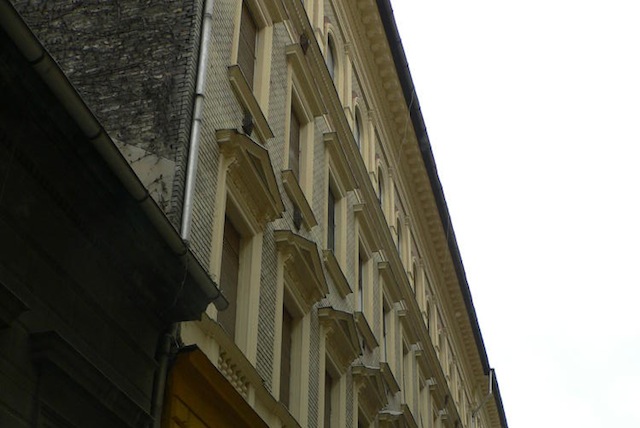 Józsefváros has been a primary site of redevelopment. The inner section has gentrified in the past two decades, with the substantial Roma population and pensioners being pushed farther and farther out. When you cross the main boulevard that divides the neighborhood, you arrive at the outer section, which has been a testing ground for architects and planners for many years. The 19th-century apartment buildings are poorly constructed and uncomfortable, often with communal bathrooms. Some areas have experienced a “shock therapy” approach to redevelopment, while others have been completely abandoned. 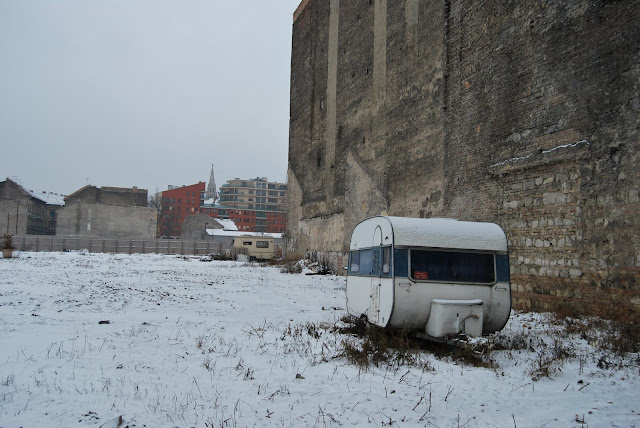 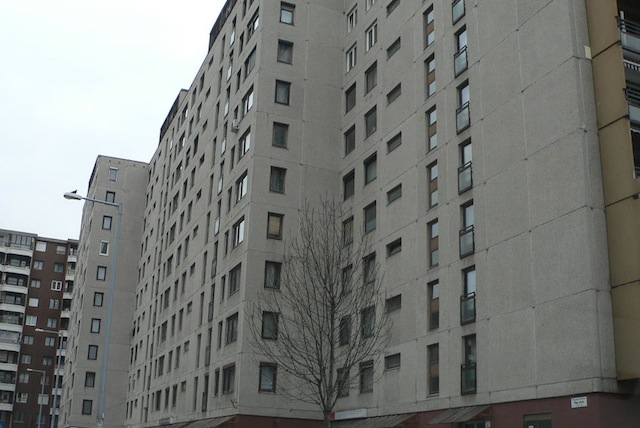 In the 1960s, entire sections of the district were razed to construct housing projects. In the 2000s, a similar process was applied in building condos, offices, and entertainment venues. 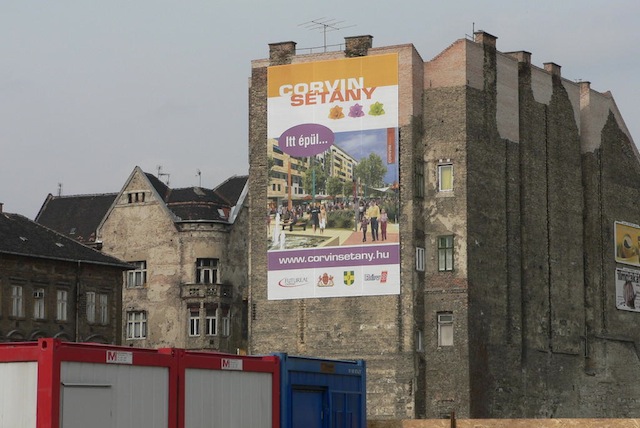 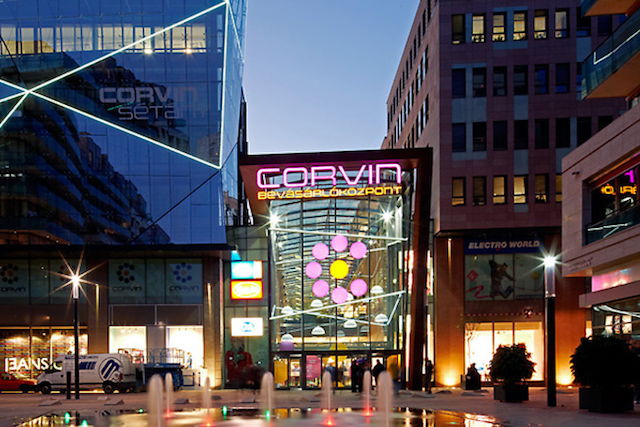 If you walk down the streets of outer Józsefváros today, you encounter a mix of urban wasteland and neoliberal urbanism. Empty lots and dilapidated buildings surround exclusive condo complexes, built in a run-of-the-mill style to house the up-and-coming young population of the city. Despite surface attempts at elegance, wealthy citizens do not move into these condos. Owners have to deal with thin walls, cheap construction, and ongoing technical problems.

One bright spot in the restructuring of Józsefváros is a rent-controlled apartment complex at 30-32 Práter Street (below), designed by Hungarian architect Péter Kis. 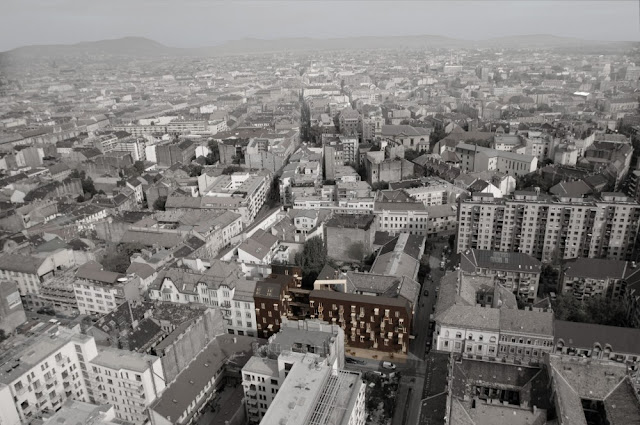 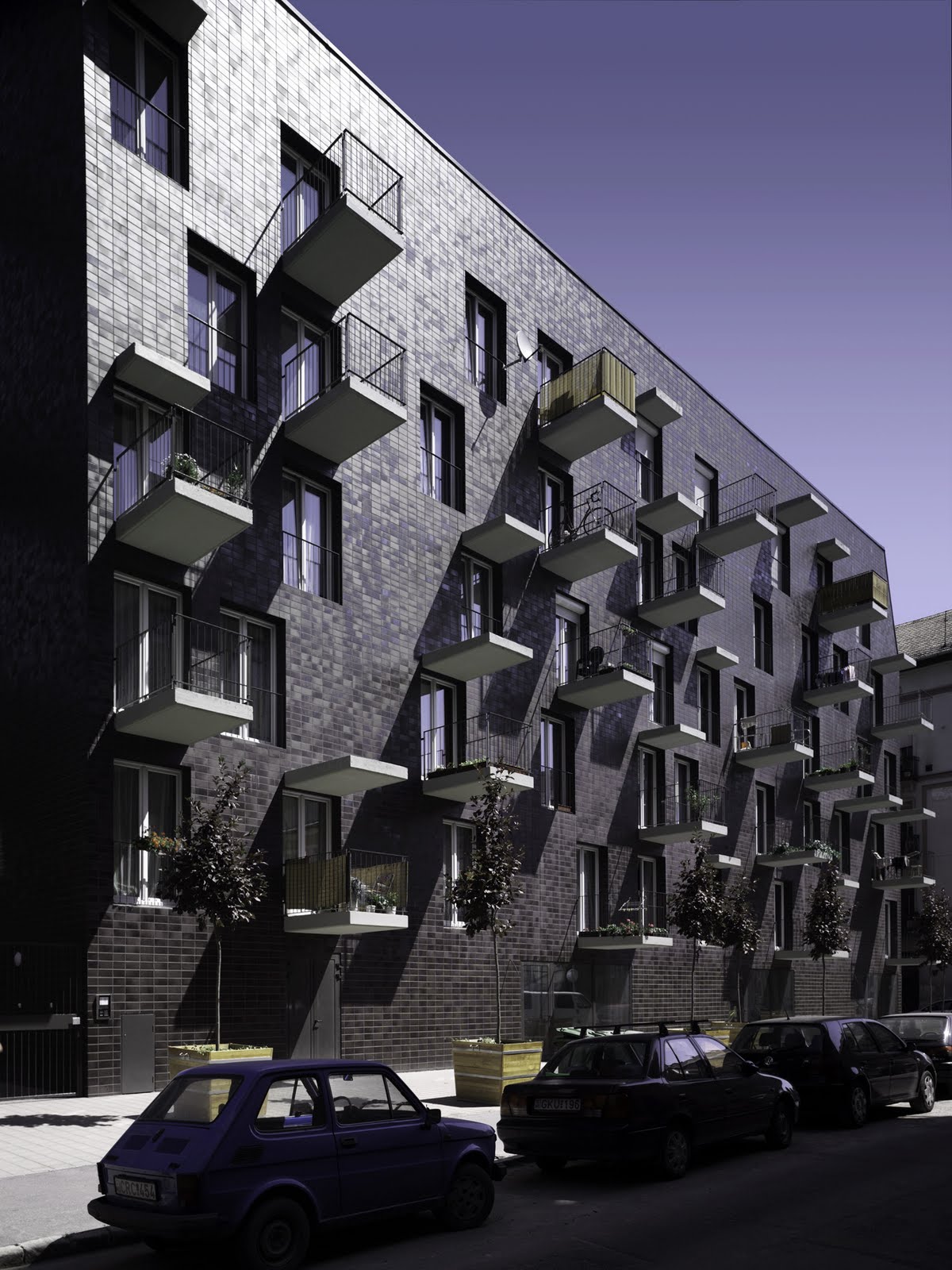 Encountering the buildings at street level feels like a momentary visit to a well-functioning urban area. The contrast is especially noticeable after walking through the mixture of shabby 19th-century apartment buildings, gigantic housing projects, and megalomaniac condos in the district. The unit fits nicely in a city block and makes creative use of its irregular plot size. 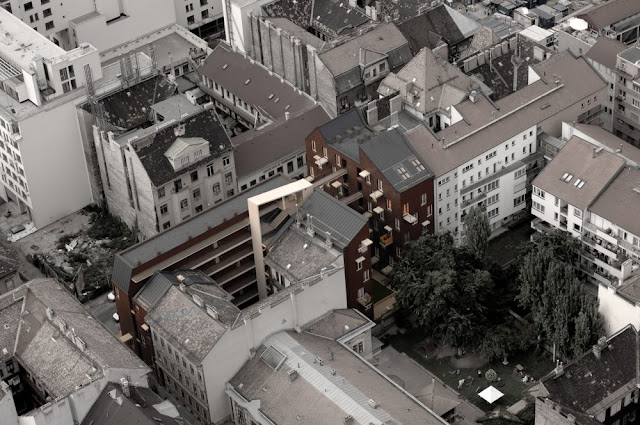 Despite an extreme shortage of affordable rental housing in Budapest, 30-32 Práter runs counter to prevailing development trends. It remains to be seen whether it will be a harbinger of change. Although the large windows, balconies, and hanging passages between buildings are appealing, it is uncertain whether they will work in a district with one of the highest crime rates in the city. Still, the low-income residents who moved into these apartments enjoy a living environment far superior to most expensive condos in the area. 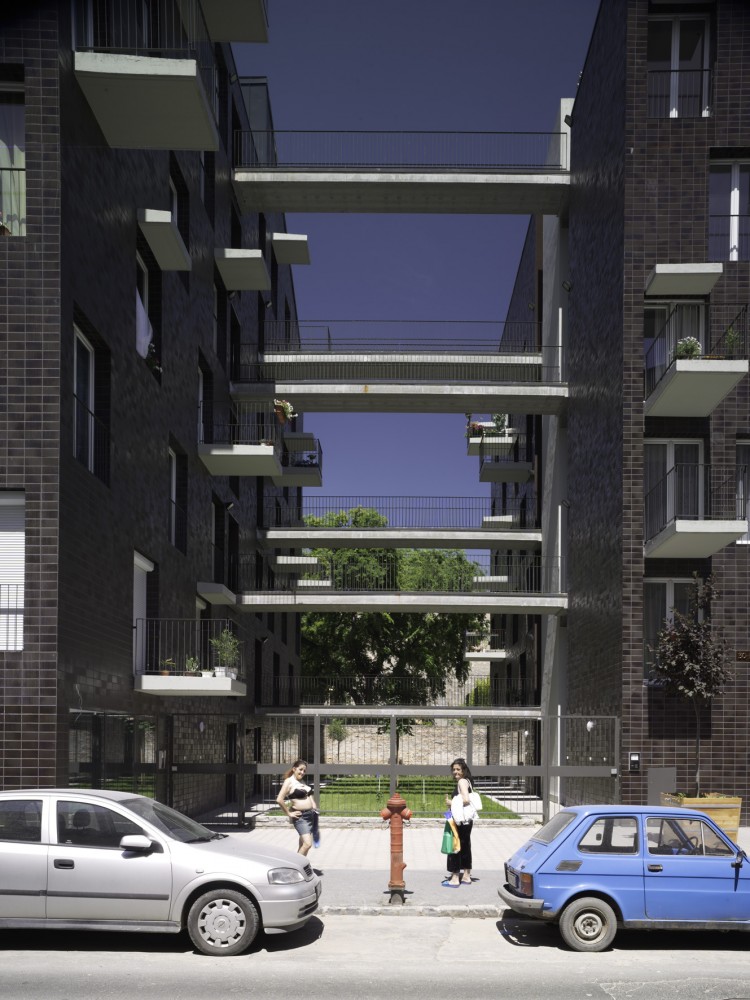