Lifestyles from the Boom

In 2008, at the onset of the financial crash, I traveled to several cities around the world documenting the impacts of speculation in the urban landscape. Although the real estate bubble in the US began to collapse in 2006, the construction boom was still peaking elsewhere. Along with the boom, developers were selling lifestyles (green, golf, luxury, exclusive) based on a recognizably Western model.

The photo compilation above is a survey of 100 billboards in Las Vegas, Shenzhen, Cairo, Buenos Aires, Mexico City, Hong Kong, Dubai, Barcelona, Berlin, Rotterdam, and Shanghai. The tag cloud shows the frequency of words in the advertisements. Although it is a small sample, the persistent themes demonstrate the "placelessness" of this global, commodified lifestyle. 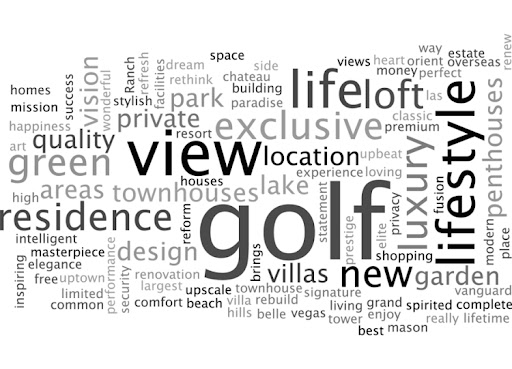