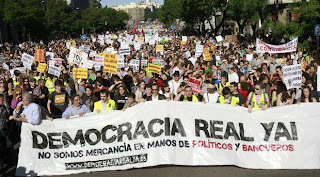 This past Sunday, May 15th, over 130,000 people in more than 60 cities across Spain took to the streets under the banner of, and to claim, Democracia Real YA (Real Democracy NOW). As 13 of Spain’s 17 autonomous communities and over 8,000 municipalities are holding elections tomorrow, Sunday May 22nd, the mobilizations were a popular expression of widespread anger and dismay about Spain’s increasingly dire economic, social, and political situation. Unemployment officially reached 21% in April, double Europe’s average. An astounding 42% of youth under 30 can’t find work, creating a generation of self-named Youth without a Future. Many people who do have jobs struggle to make ends meet, as they are stuck in the low-wage economy, netting one thousand Euros per month (thus known as "mileuristas"). Meanwhile government corruption scandals and charges on both the right and the left litter the papers across the country, and actions taken to recover from the 2008 crisis have not shown any long-term success.

Since last Sunday’s mobilization, what is being called the 15-M Movement has grown and spread like wildfire across the country. Plazas are now being occupied in over 150 cities across Spain, despite the Electoral Board’s ban on protests the day before elections. Popular assemblies and direct democracy is in action, as people discuss and debate proposals ranging from voting strategies in tomorrow's elections to broader reforms of the democratic system. 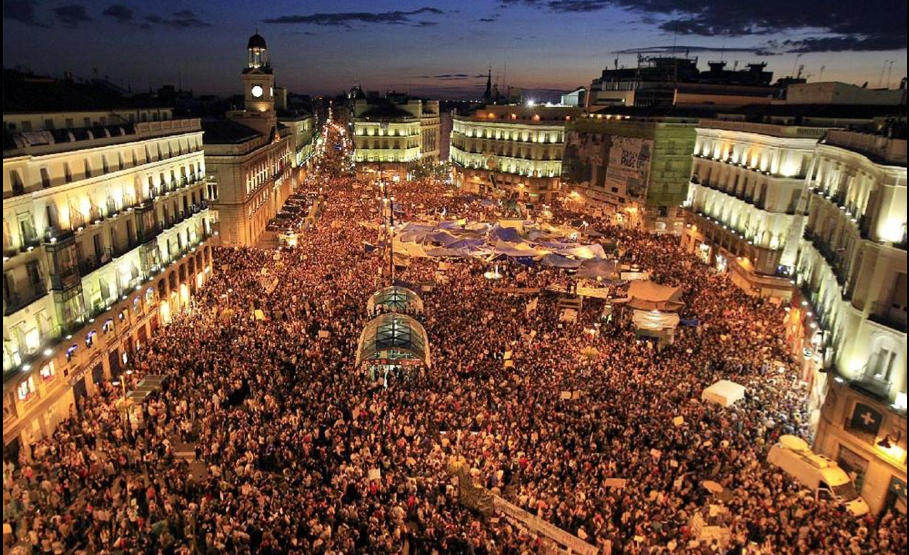 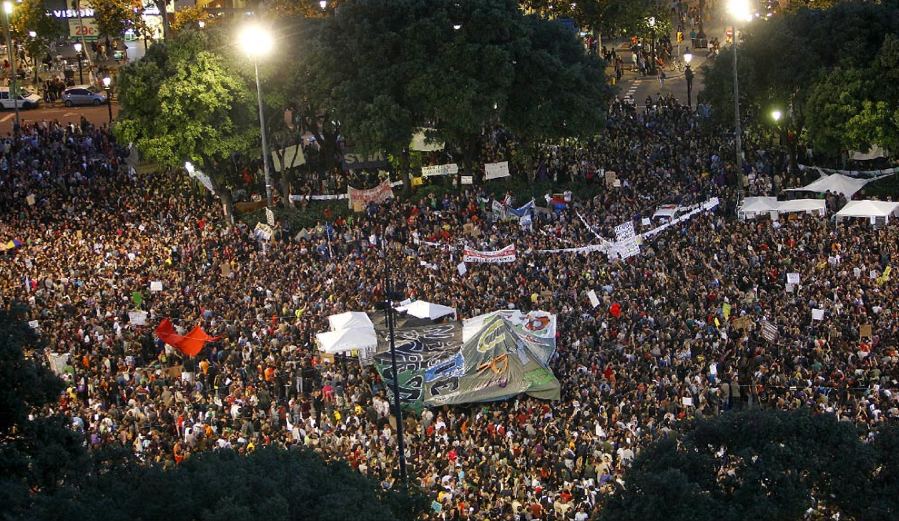 Thousands of people protesting in Barcelona's Plaça Catalyuna on Friday, May 20th. 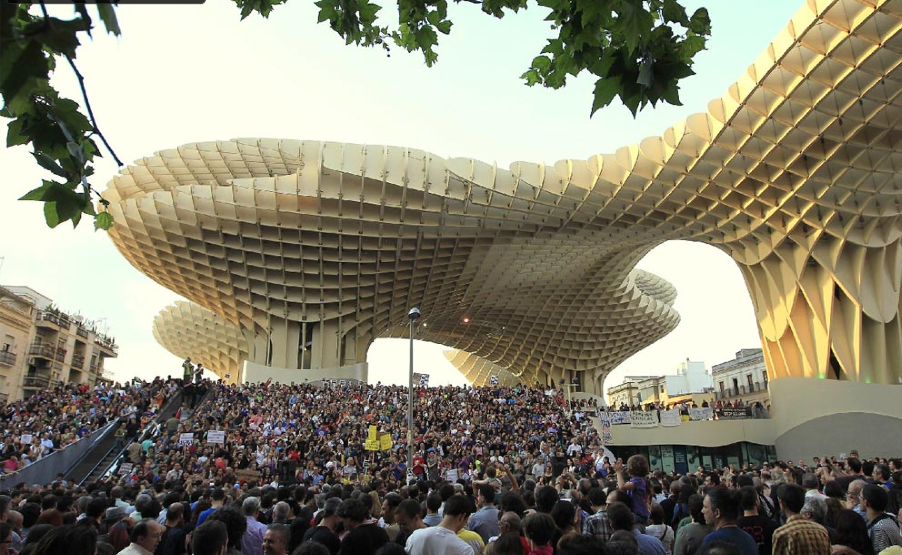 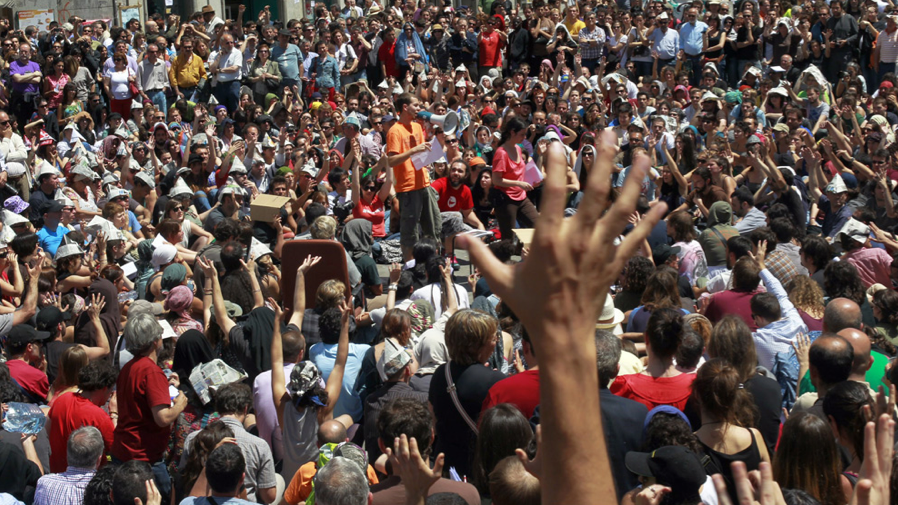 Continuous news is available through a highly organised virtual network. Follow the developments – and likely find a solidarity protest in your city! – through Twitter (#democraciarealya, #spanishrevolution, #acampadasol, #nonosvamos, #yeswecamp are just a few of many), Facebook (Spanish Revolution), and/or Toma la Plaza. El País also has good coverage (in English here). And more news to come on Polis.